WWE Undefeated is the latest mobile game based on the giant wrestling (although they’d probably rather I say “sports entertainment”) company. WWE has had success in the mobile space with hits like WWE Supercard and WWE Champions.

This new free-to-play app is a fighting game, and it officially launched today for iOS and Android devices.

You pick your WWE superstar — with options like The Undertaker, AJ Styles, and Kevin Owens — and fight against other players online. You can choose between three attacks at any time, each of which are pulled from a deck that you create. In this way, WWE Undefeated is a bit like a card game on top of its core fighting game mechanics. This is a formula that developer nWay has used before on mobile games like ChronoBlade.

Fights don’t take place in a traditional wrestling ring. Instead, your battles have more exotic and over-the-top locales, like Easter Island. You’re also not mashing buttons. Each attack requires energy, which recharges as you play. Your moves come in three types: strikes, grapples, and counters. There is a paper-scissors-rock mechanic to how these different types of moves interact with each other. And it wouldn’t be a wrestling game without finishers, which you can you can unlock during a match. 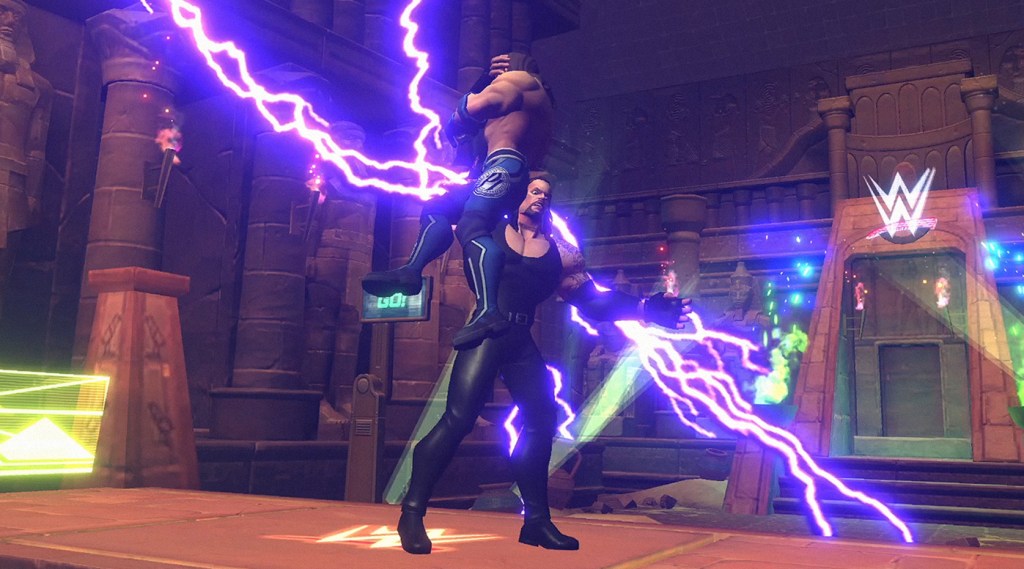 Certain moves can also combo into others. An Irish whip card will send your opponent running toward, which makes it easy to follow up with a strike or grapple. You win by pinning your opponents twice (which you can do each time by depleting their health bar).

Each superstar also has a special ability. The Undertaker has to be pinned three times instead of two. You can also customize your characters a bit by messing around with their deck of moves. Of course, it is a free-to-play game, so spending money will help you upgrade your abilities faster.

I’m typically skeptical of free-to-play mobile experiences like WWE Undefeated, but its core gameplay is fun. It also does a fast job pairing you with online opponents. It could become another mobile hit for WWE.