Those five studios will share a total of $200,000 in startup funds to create playable builds for their games. The fund’s goal is to help Black game makers realize their creative visions and to elevate diverse voices in the game industry.

Humble Bundle sells groups of games, books, and other media in a pay-what-you-want setup, with a portion of sales going to charities. The company, which IGN owns, wants to be a force for good in gaming. And that’s why it set up its Black Game Developer Fund this summer, after the unrest that followed the murder of George Floyd by a Minnesota police officer.

The fund is still taking applications and it is open to Black developers and Black-led studios of all shapes and sizes, offering everything from startup funds to global publishing deals.

The first developers to receive funds are:

Humble Bundle will invest more funds in the coming weeks and months. Over the long term, Humble Bundle plans to help publish games with funding, production, and marketing support via its publishing label Humble Games. The strategic advisers for the fund are Justin Woodward, a longtime indie game developer and cofounder of Interabang Entertainment.

Sithe Ncube is one of the Sub-Saharan Africa organizers for the Global Game Jam and founder of prosearium.net, an initiative to document 1,000 African female game developers and their games. Ncube is helping to stir up interest among Black developers in Africa and the rest of the world. Part of their effort is to offer counsel on how to get attention for their projects and get others interested in their pitches. 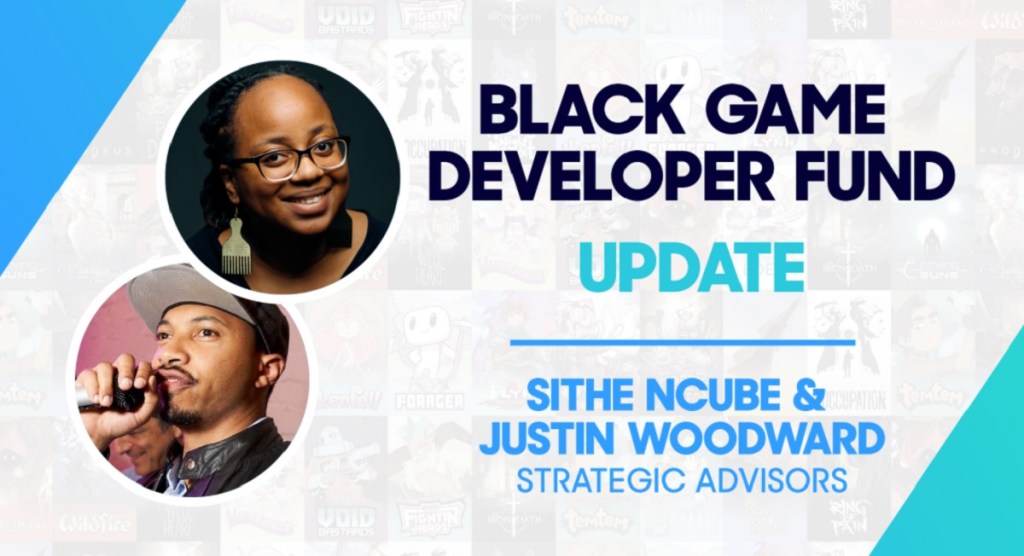 “Through my experience, being a Black developer, it has always been very difficult getting started, trying to find funding, and trying to figure out how to gain access,” Woodward said. “Once the George Floyd scenario happened, we saw an influx of different companies trying to help. When I initially talked to Humble, it was very obvious that they really wanted to make a difference and put their money where their mouth was. It was very appealing to jump on board.”

Woodward said that it’s been hard breaking into the industry and finding the resources to help others.

“There was no one who was a blueprint for this,” Woodward said. “There was no community of Black game developers in San Diego, where I started, and there wasn’t an indie community at all,” Woodward said. “Everything had to be entrepreneurial. It was difficult. I always had to hustle to make ends meet. In talking to all of these Black game developers, they still don’t have access. They don’t know the ins and outs. They want to do this. I don’t think it should necessarily be that tough. There should be avenues to help folks who are in that kind of struggle, or don’t have access or support.”

The games don’t have launch dates or platforms yet since most are in the prototype stage, Polson said.

John Polson, the director of portfolio at Humble Bundle, said most of the nearly 200 submissions came in through the website application process. The goal of the funding is to get the developers to their first playable prototype, which they can use to get more funding. He said the applications that come in are just scratching the surface.

“That’s just the tip of the iceberg,” Polson said. “We are trying to support developers at all stages of their journey.”

Woodward encouraged other big companies that have started funds to invest in Black game developers to continue their efforts, as he worried that some of them could lose their momentum over time. At worst, it appears that some companies jumped on the bandwagon this summer, only to see their efforts fizzle out. But the need is there, Polson said, and Humble Bundle hopes to set an example for others to follow, perhaps with larger follow-on funding rounds.

“At Humble, we’re talking about how we want this to evolve,” Woodward said.