Aglet is not your run-of-the-million gaming startup, or shopping startup, or sneaker startup. In fact, it’s hard to classify, but that may be why it was able to raise $4.5 million in funding.

The company, based in Los Angeles and Dusseldorf, Germany, calls itself the developer of a sneaker- and culture-focused spatial commerce experience. Aglet has now raised $7 million since its founding in late 2019. Sapphire Sport led the round, with participation from existing investors Lakestar Ventures and Forecast Ventures. Notable angels Matt Miesnieks (6D.ai, Niantic Labs), Nate Mitchell (co-founder Oculus, Mountaintop Studios), and Greg Castle (Anorak Ventures) also participated in the round. Mullins founded the company in 2019 with Owen Batt.

CEO Ryan Mullins believes that “gaming is eating the world,” and gamifying shopping experiences makes a whole lot of sense. He hopes to create a “metaverse for commerce,” where online and offline consumer experiences fuse together into something fun. (The metaverse is the universe of virtual worlds that are all interconnected, like in novels such as Snow Crash and Ready Player One. We’re putting our own GamesBeat metaverse conference on January 27).

“Now we’ve got enough capital to really flesh out our platform,” Mullins said. 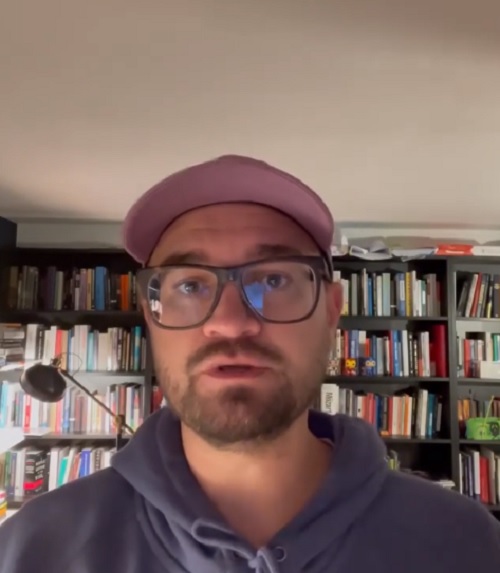 Above: Ryan Mullins is cofounder of Aglet.

These investors somehow believe that this shoe guy is important. Mullins is a self-described Sneakerhead, and he owns more than 400 pairs of sneakers that he has been collecting since he was 10. Imelda Marcos has nothing on him. He previously served as director of future trends at Adidas, where he led the innovation strategy.

“I’m really active in the community and the culture of sneakers and streetwear,” Mullins said. “When I played Pokémon Go for the first time in Germany in 2016, I wondered why it wasn’t a commerce experience. Because for my generation, and Gen Z, this is basically how we shop now. The brands we love are very scarce and have limited supplies and you’re competing against millions of people around the world to try to get those objects. It’s like shopping is now a game.”

When it comes to shoes, Aglet has built a platform for existing brands to plug into the experience, as well as for the next generation of sneaker creators to design virtual streetwear and brands. The vision is to give them their own virtual retail shop inside the gaming world and bring their designs into reality.

Sneakerheads rarely land their desired products in real life, owing to the influx of malicious shopping bots and the overall increased global demand for what ultimately is a limited product. Aglet has created a gamified alternative that offers these passionate consumers a chance to earn in-game currency, compete against other players around the world, and collect virtual sneakers in a game environment. Like with Pokémon Go, you walk around with the app running while you have your shoes on. And it records how much you’ve traveled in your shoes.

Sneakerheads can do this while getting exercise and interacting with the physical world. Among its 100,000 current players (35,000 of them playing daily), the Aglet community has already accumulated 8.4 billion steps for a grand total of 4.3 million miles walked. Their activity has earned a lot of virtual “Aglets” with nearly 200,000 virtual sneakers sold. The Aglet is actually a shoe design, and it does not exist in the real world. But Aglet’s community can’t get enough of these shoes, Mullins said.

“You can collect these virtual sneakers,” Mullins said. “Our top-selling brand now is our own Aglet sneakers.”

You can walk around in your virtual sneakers, but they can wear out. So you’re going to need buy more with your virtual cash. Your sneakers can get dirty and so you have to go to a geo-fenced station in the real world to clean or repair them. You can also find treasure stashes where you might get lucky and find a limited-edition sneaker. You can also get goods from other brands like Adidas or Gucci.

As described, Mullins said he’s not so sure this is a game.

“What I’m trying to do is build a location-based commerce platform for virtual and physical goods,” Mullins said. “But it’s designed with a kind of gameful experience.”

Aglet is trying to create products at the intersection of gaming, fashion, software, and media, and in so doing the company wants to change how people interact with brands in both the virtual and physical worlds. 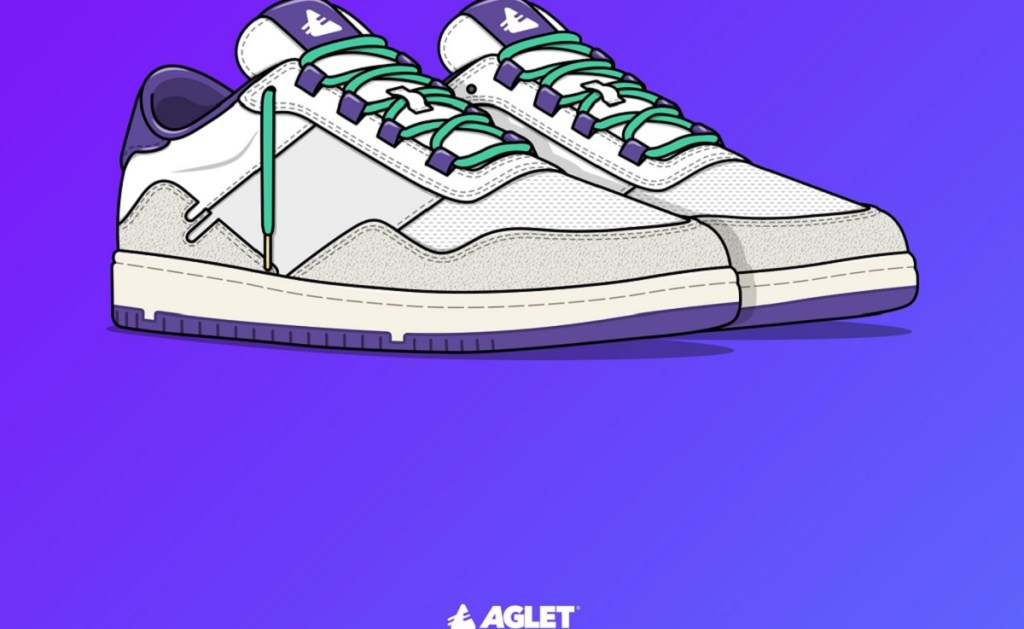 Above: Aglet is gamifying sneaker collection.

Aglet has assembled a team of industry veterans from Riot Games, Jordan Brand, and Adidas. Since launch, collaborations with innovative companies like Stadium Goods and Gucci have been announced which connect virtual and physical product. One good question: How many Sneakerheads are there in the world? Aglet is trying to figure that out.

“It’s a niche market, but a very big niche of fanatical people with a high propensity to purchase things,” Mullins said. “I’m one of those people. You see Roblox with virtual sneakers in their game. I think where we’re going as a world where Nike and Adidas will release products in the real world, and then they’ll throw these into a game. And I think the inverse of that is true in the future. There will be people designing their own brands in these game worlds, and then they’ll be made in reality.”

Over time, Mullins believes Aglet will start making its own real-world shoes. His company is already partnering with an Italian company to do that.

During its November Creator Month, Aglet partnered with Newark-based sneaker academy, Dirty Soles, and also received thousands of original design submissions from the passionate Aglet community, many of which sold out instantly in the Aglet Shop.

Aglet is currently hiring game designers to evolve and expand the game experience. As for the metaverse, Mullins thinks it will be less like a complete world like the Oasis and more like an invisible game layer that exists on top of the real world.

“I don’t think they’re mutually exclusive,” he said. “I think there’s a way to connect those two things. But for me, what I’m interested in building is an overlay on top of the real world.”