Bigger Games has raised $6 million to make mobile games as Turkey’s startup market continues to grow. This is predictable, as Zynga has acquired three Turkish game studios in the past two years for more than $2.2 billion.

That makes it seem like Bigger Games is part of a game investment and acquisition frenzy. GameInvest said that more than 100 game studios have raised money in the first nine months of 2020, with acquisition deals bringing the total deal amount to more than $20 billion in the nine-month period.

But Turkey’s hot spot doesn’t mean just any company can get $6 million. Bigger  has a strong profile, with four casual games that have already been downloaded more than 75 million times in the past year. These have already made the company profitable.

Hakan Ulvan, Yagiz Akpek, and Erkan Gurel founded the company in March 2019. They previously worked on Toy Blast and Toon Blast at Peak Games, which Zynga acquired this June for $1.8 billion. Their focus is creating and distributing casual puzzle games.

“We feel there are big opportunities in the casual puzzle games market,” Ulvan said. “When we started, we wanted to get some quick wins at the beginning with simple games. These became really successful, and they are more like hypercasual games [those you can play in a minute or less]. We wanted to enter the market fast and even build our marketing team.”

Ulvan said the company focusing heavily on the design of each level in a game, and it tries constantly to improve the games over time. The team also pays a lot of attention to the metagame, which keeps people coming back.

The money comes from Index Ventures, the backer of Roblox, King, Supercell, and Discord. Play Ventures (who backed the company in the preseed round), Unity founder David Helgason, and ex-King chief operating officer Stephane Kurgan also participated in this round. 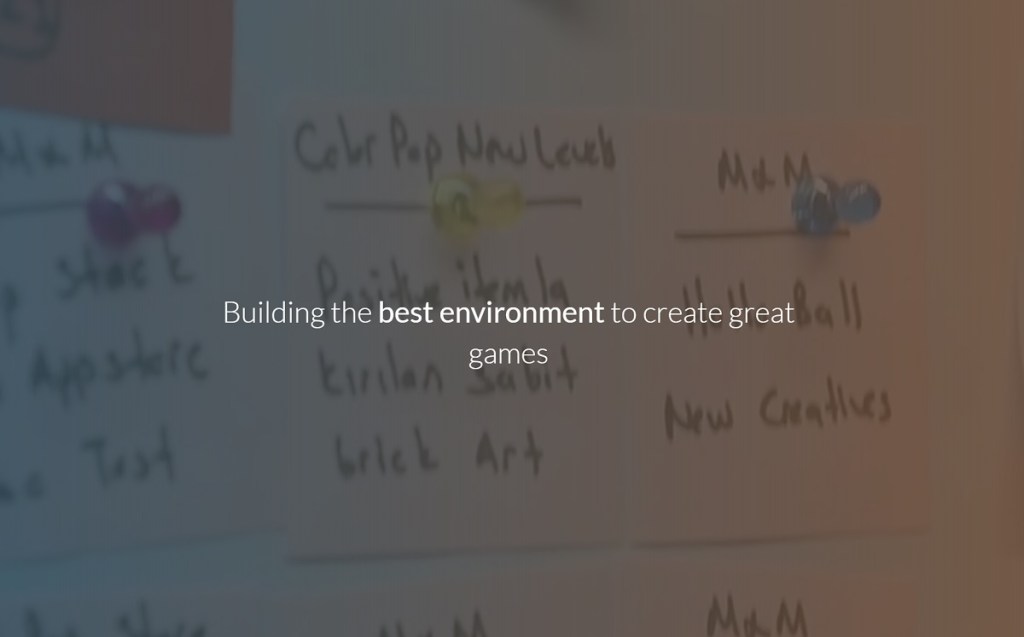 Above: Bigger Games is a sign of Turkey’s thriving games market.

And speaking of Turkey, the Game Developers Association of Turkey reports the country has more than 100 development studios of all sizes, estimated to have reached $1.5 billion in revenue in 2019. According to mobile data and analytics platform App Annie, as of July 30, four Turkish-made games were among the top 10 downloaded free games in the U.S. Apple Store.

Turkey is starting to look a lot like Finland, which boasts mobile gaming successes such as Rovio and Supercell.

“I have many friends who work in Finland, and I see both cultural differences and similarities,” Ulvan said. “The ecosystem is really strong in both countries. But the cultures are different. In Finland, they help each other and share data. That’s not the Turkish culture. Here, we have a lot of competition. But when there is a huge company in one country, it helps other companies grow. Finland has Supercell, and Turkey has Peak Games.”

Zynga has acquired Peak, Gram Games, and Rollic, and it’s not the only big publisher scooping up Turkish studios. Tencent acquired Masomo, and more investment from international investors keeps coming.

“It’s clear that Turkey is becoming much more of an exciting geography when it comes to casual puzzle games and meaningful exits,” said Sofia Dolfe from Index Ventures in an interview. “You have big companies that are coming there and they are very acquisitive.”

Bigger has 16 people and it is hiring, particularly in marketing. Ulvan wants to see it grow to 25 or so people. The first time around, at Peak Games, Ulvan’s crew didn’t care as much about marketing when working on games like Toy Blast. But they came to see the value of it over time.

“If you look at Peak’s success, it has product quality. But it also had quality marketing,” he said.

Dolfe is joining the board of Bigger Games. She said, “Hakan and his team have exceptional experience building successful casual games with Toy Blast and Toon Blast. But the casual games market has massively evolved in the past five years, and the cost per installs has been increasing by an order of magnitude. So it’s costing much more for these companies to actually acquire users. And so what was really interesting with his team was he not only had the casual puzzle know-how but also experience with user acquisition and the faster launch of games.”

The company is focused on devoting more resources to each game, and that’s why it raised the new round. The four games it already published aren’t the same focus as the games of the future, as, you guessed it, Bigger Games is working on bigger games.

“Now we can go on with more complex games where we have deeper expertise,” Ulvan said.