Adobe is terminating its Flash software today, and with it will go Zynga’s original FarmVille game from 2009.

That brings to an end an era of social gaming that will be remembered in history with mixed emotions. Some people hated the spammy nature of FarmVille and its boring gameplay, while others appreciated what it tried to do in making games more social and appealing to untapped demographic groups such as older women.

After today, Flash will no longer be supported by browsers and Facebook, as it has been surpassed by web technologies such as HTML5. And that means Flash-based FarmVille will no longer run. Rather than adapt the original game to run on HTML5, Zynga chose to shut down the social game. Those who are still playing can migrate to FarmVille: Tropic Escape or play games on the browser such as FarmVille2: Tropic Escape, FarmVille 2: Country Escape and FarmVille 2.

Zynga stopped accepting payments in the game in November, and it offered a bonus package to those who migrate to FarmVille: Tropic Escape.

Mark Pincus, cofounder and former CEO of Zynga, memorialized the 11-year-old game in a series of tweets.

Tomorrow, Zynga shuts down FarmVille on Facebook after 11 years. I wanted to share the story of how we created it and why it has played such an important role in the evolution of gaming. 1/x

“FarmVille demonstrated that a game could be a living, always-on service that could deliver daily surprise and delight, similar to a favorite TV series,” Pincus wrote. “Games could also connect groups of people and bring them closer together. FarmVille sparked a new category of ‘invest-and-express’ games, where players could invest time and express themselves to friends and family. Busy adults, especially women, saw that games could have a valuable place in their lives and offer you more than empty calories.”

How FarmVille came to be 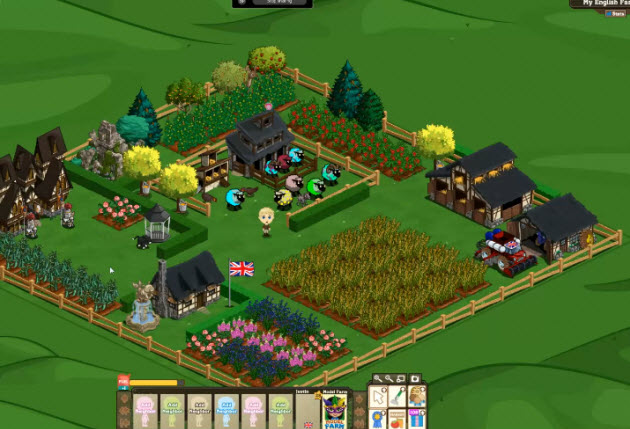 Before FarmVille, Zynga’s most successful game was Zynga Poker. In May 2009, Zynga acquired MyMiniLife, and pivoted its four engineers — Amitt Mahajan, Joel Poloney, Luke Rajlich, and Sizhao Zao Yang — to make a social farm game. Other titles like Farm Town, MyFarm, and Happy Farm saw success on social platforms, so Zynga was late to the social farm party. And it would long be criticized for cloning other games and making them more successful than the originals.

The MyMiniLife team moved fast, under the direction of Mark Skaggs and David Gray. The team sat in an alcove by Pincus’ office. He met with them daily. Within six weeks, they launched the original game on June 19, at 8 p.m. The Facebook game was a spammy title, filling your newsfeed with your farm’s accomplishments. It notified you when your crops were ready, and you harvested them simply by clicking on them with a mouse. But it was easy to play for people who didn’t have much time. With simple clicks of a mouse, you could plow, plant, and harvest. The catch was you had to come back or your crops would wither. So players got stuck in an addictive loop.

“In the last few weeks I’ve had players reach out to me from around the world to share their stories and thank me for the game,” Skaggs said in a message to GamesBeat. “It’s humbling and heartwarming to see how much the game touched people and became part of their lives. When I started making games in 1993, I had no idea that I would ever be part something so big, or played around the world, like FarmVille was. We made it at a special point in time, 2009, right after the recession and at the start of summer, right as Facebook was really getting big, as Zynga was capable of supporting it, as the Amazon cloud was mature enough, as women and casual gamers around the world were ready for something new.”

It was an immediate viral hit and reached a million daily active users in its first week.

“The moment of us realizing what we had soon after launching was a highlight of my life and career,” Mahajan said in a message to GamesBeat. “We truly caught lightning in a bottle.”

“FarmVille became the first major game to leverage the news feed as an extension of the core game,” Pincus said.

At one point, in 2013, FarmVille had 17 players in the Vatican. Zynga beat all of the other farm games — at least until Supercell’s Hay Day came along in 2012 — because its game was far simpler to play and much easier to share with friends. It was a lesson in accessibility.

In a message to GamesBeat, former Zynga engineer Yang said that the MyMiniLife intellectual property was in its game engine, which could tap the cloud. That made it easy to scale upward in computing resources as the game’s user base skyrocketed. The MyMiniLife engine then became a staple of Zynga’s new games.

The game grew to more than 83 million players by 2010. That enabled Zynga to keep the game going for (seemingly) forever, and Zynga’s mission became to produce “forever franchises.” It had an advantage over others because it could promote its new games in the newsfeeds of FarmVille players, at least until Facebook decided to curtail that practice.

“A special team of individuals came together to make it,” Skaggs said. “I’m smiling as I think about it all. I’m thankful for all the players and that the game was part of an amazing bit of gaming history.”

It helped propel Zynga to the top of the heap in Facebook games, and it eventually enabled Zynga to go public at a $9 billion valuation in 2011.

“FarmVille became a training ground for a generation of entrepreneurs and product managers,” Pincus said.

In a way, the end of FarmVille is a lesson for gamers. Advocates of blockchain — the secure and transparent decentralized ledger — say it can be used to establish ownership of digital items. If game companies create blockchain-based games, players can actually own the items they purchase. If a game shuts down, then the player can take those digital items and use them in another game if it’s possible, thanks to the blockchain verification. Only now are some of these games being created where users can actually own what they buy.

One of these games was recently created by a team led by Eric Schiermeyer, cofounder of Zynga.