My discovery of the Dragon Quest franchise was one of my few happy happenstances of 2020. For decades, I convinced myself that I just didn’t like this iconic JRPG series. Then I fell in love with Dragon Quest XI. Now, I’m on a quest of my own, playing through each game.

But I’m not going at it in any specific order. I’m just playing whatever Dragon Quest that I’m most interested in next and can reasonably get my hands on. Dragon Quest V: Hand of the Heavenly Bride was the first on my list.

Dragon Quest V came out in Japan for the Super Famicom (what we call the Super Nintendo) back in 1992. We wouldn’t get it here until a 2009 remake for the Nintendo DS. This is the version I played, although a port of the DS version is also now available for mobile.

When looking at lists of the best Dragon Quest games, I noticed that Hand of the Heavenly Bride was often near the top (if not No. 1). I was also drawn in by its central gameplay mechanic: monster recruitment. Years before the first Pokémon came out, Dragon Quest V lets you add defeated monsters to your party.

I was able to get a sealed version of the DS cart relatively easy online. Then I plopped the game into my 3DS (that alone was a weird experience, given that I hadn’t touched it in a couple of years thanks to focusing on my Switch), and my adventure started.

First off, I was happy to be playing such a classic JRPG. And I’m not talking about its historical reputation. It was great to play a 16-bit era JRPG with sprite-based characters, turn-based combat, and a giant overworld to discover. I’m not one to moan about the state of modern JRPGs. I think we still get some great games. But I do miss the old staples that used to define the experience.

I was also surprised by Dragon Quest V’s narrative. My understanding was that most Dragon Quest games are light on story. I know that Dragon Quest XI is one of the exceptions. Well, it turns out Dragon Quest V is another one. The tale takes time to establish some interesting characters, especially your potential wives, and even includes some dark twists. Spoiler warnings from here on out, but after playing a short intro, your hero character becomes a slave and is forced to spend the rest of his childhood doing forced labor.

And, yes, you get to pick a wife. Aside from monster recruiting, that’s the other big hook of Hand of the Heavenly Bride. You have three choices. Who you pick doesn’t have a monumental impact on the game, but it’s still fun getting to choose. Your wife does become a party member, and each has different strengths (one is best at physical attacks, another is more of a mage, and the third is somewhere in-between). Your wife will also dictate your children’s hair color. Yes, your children eventually join the party, which is another fun twist.

Aside from family members, monsters make up the rest of you party. The last monster you beat in a battle has a chance of asking to join your caravan. For some, those odds can be low, requiring you to grind a good deal before you can recruit the monster that you want. And I love that. I know that it’s not for everyone, but I enjoy some grinding. I find it relaxing, and it usually leads to some big payoffs. Here, it means being able to create your ideal party.

Even early on, you can find some strong monsters to join your caravan. I had a Slime Knight in my party for a good chunk of the game because of his prowess at attacking and healing. And I had fun looking through guides and learning about what other monsters I could add to my group.

I’m still kind of mad at myself for giving up on trying to recruit a Metal Slime in my party. They only have something like a 1-in-1,000 chance to join your group. I do like my grinding, but even I have my limits. 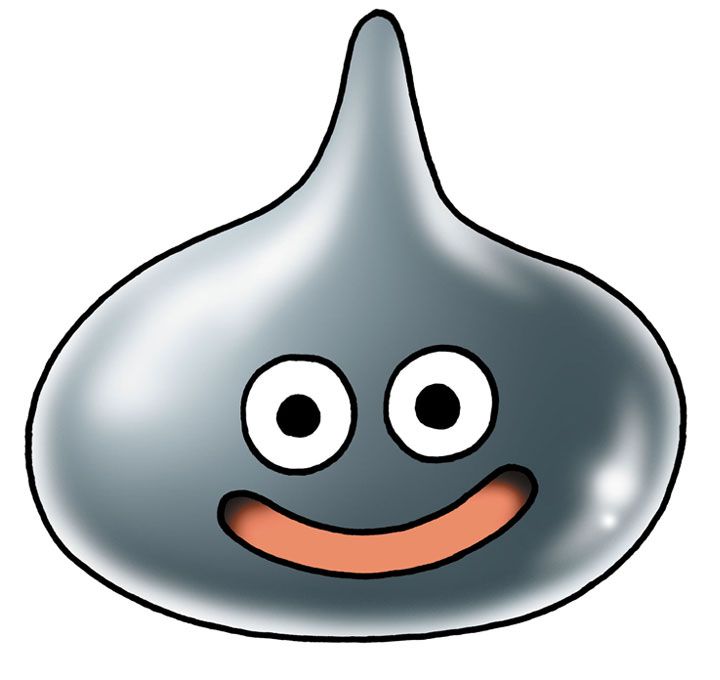 Dragon Quest V is an easy recommendation for any JRPG fan. I know a lot of people love 16-bit adventures like Final Fantasy VI and Chrono Trigger. I’m not sure if I’m ready to say that Hand of the Heavenly Bride is quite as good as either of them, but it’s not off by much.

It’s also an excellent starting point for the series. It’s not as long as, say, Dragon Quest XI or Dragon Quest VII. And although I did use a guide to help my monster-hunting, you don’t need one to get through the game the same way you would if you were playing Dragon Quest III.

Speaking of Dragon Quest III, that’s what I played after beating Hand of the Heavenly Bride. So I’ll soon be dedicating a RetroBeat to that seminal JRPG.