Hitman works because developer IO Interactive builds the games as predictable and rigid machines. And as players, we control the key to this machine in Agent 47. IO’s job is to make sure that when players insert 47 into this mess of cogs and moving parts, that other parts of the machine awaken and present new opportunities for creativity. Hitman 3 in particular works because this machine is more intricate and fun to explore than ever thanks to its incredible levels.

Hitman 3 takes Agent 47 to a supertower in Dubai, a murder-mystery mansion in the English countryside, a warehouse nightclub in Berlin, and more. And each of these locations nail what I want from this series and from gaming more broadly. They are enticing possibility spaces that have attractive aesthetics, but they are also brimming with so many moving parts that certain locations, like Berlin, nearly feels alive.

The machinery is still obvious, of course. But Hitman 3 excels at anticipating the player’s creativity. If you see something in the world, like a giant electrical tree hanging over a crowd, IO likely anticipated your thought process and built a likely lethal reaction.

This makes your initial time through a level and any alternative runs feel like a joy. Replaying a stage is great because you get to act on all the knowledge you’ve gained. But even if you only play through a level once, that canonical run where you spend 2.5 hours methodically learning the environment and putting pieces into place is deeply rewarding. I would still recommend that you go back and play each level again — subsequent attempts can look and feel like a completely different game.

Hitman 3 has fewer story missions, and that’s a good thing

Hitman 3’s destinations take you to a number of cool settings. I especially like the penultimate level, which uses the signature style of the series. It combines a beautiful natural landscape with classical architecture and a modern industrial underground operation. But the depth of the interactions between the player and all of the moving parts is what makes Hitman 3’s levels great.

IO Interactive primarily shows off these complex interactions in story missions, which are the authored assassinations that act almost like a guided tour through a level. 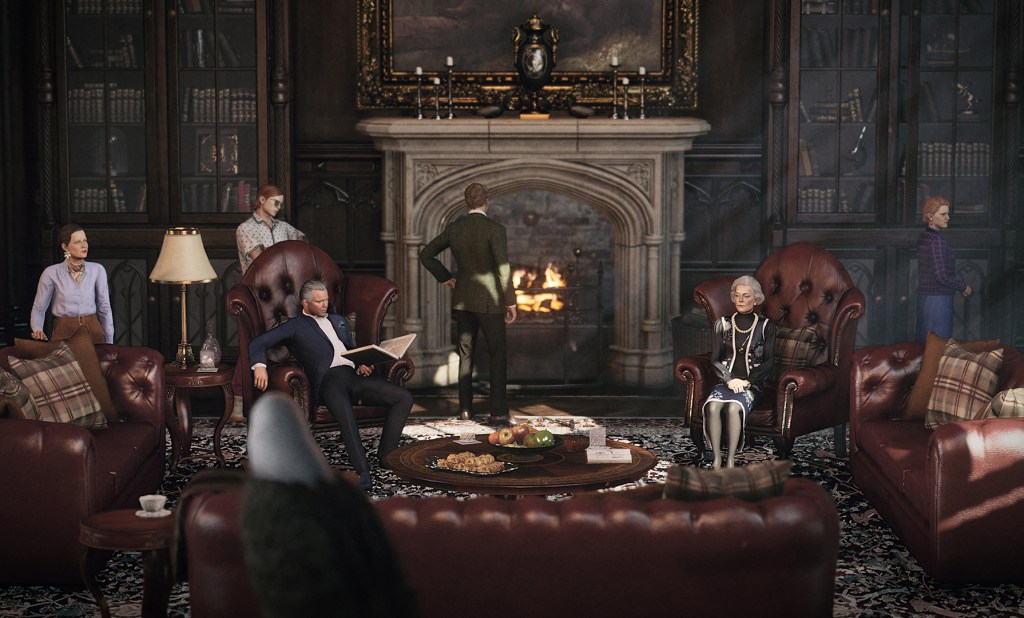 Above: Who done it?

Hitman 3, however, has fewer story missions than in its predecessors. The third destination in Berlin, for example, has no story missions at all. That might sound disappointing, but it isn’t. Like all of the stages in Hitman 3, this one has so much going on that it’ll take you hours to discover it all.

The Berlin stage is actually indicative of the maturity of the Hitman formula. Rather than holding the player’s hand through all of the cool stuff, IO is letting players discover things on their own. And this gives you more ownership over the kills, which makes them more exhilarating and memorable.

And the story missions that are here are more elaborate and intricate than what you would find in Hitman or Hitman 2. Those games primarily had you walking to a waypoint, getting a disguise, and then pressing a button. That’s opposed to something like the full murder mystery story mission (complete with clues and witness testimony) in the Dartmoor location.

Take me to the sandbox

As usual, however, the campaign — and specifically the story missions — serve more as a tutorial to Hitman’s sandbox gameplay. And Hitman 3 does a lot to gently introduce and onboard players into replaying levels, taking on Escalation contracts, and completing challenges. Having fewer story missions is a part of that.

Hitman 2016 destinations have a half dozen or more story missions, and that was way too much. Instead, Hitman 3 gives you some fun guidance and then takes the training wheels off. Hitman 3 is its most entertaining when you are finding your own fun — or at least making discoveries on your own. And reducing the story missions is a smart way to get players into that creative mindset quicker.

The online progress of your character, which unlocks more tools for you to bring into levels, is still a smart way to encourage replaying stages. Certain challenges, for example, give you specific items that might make other challenges easier. Hitman 3 also introduces shortcuts that players can unlock permanently for all future runs through a level.

And the sandbox is as wonderful as ever. While the authored murders are always a delight, nothing is better than coming up with your own solution using a coin, a puddle, and a faulty power strip.

A beautiful game with a surprisingly good story

The biggest surprise about this series of Hitman games is that IO Interactive has attached a surprisingly moving story. Agent 47 is supposedly this blank slate, but the writing team has given him so much character. His dark quips to people he’s going to kill are always so absurd. It makes 47 seem like a big goofy dork.

I also really care about the supporting cast of characters, and the developers play that up in a big way.

Nothing here is Shakespeare. But in the same way that the recent Mission: Impossible movies use character and plot to string the action together, Hitman 3 uses them to string the levels together. And like a Tom Cruise movie, Hitman 3 knows when to put the love interest into danger to amp up the stakes.

It rules, and I love it.

And it doesn’t hurt that the game looks great. The animation is a bit stiff, but everything else has such a polished sheen. It’s reminiscent of an expensive chess set. 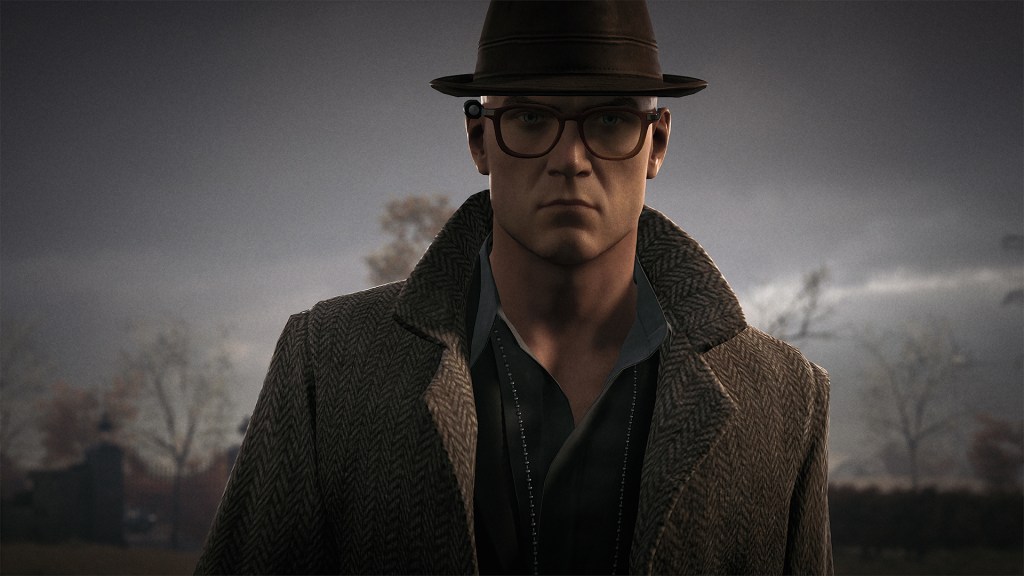 Above: Agent 47 is the trigger to Chekhov’s gun.

I’ve spent nearly 50 hours in Hitman 3 on PC, according to the Epic Games Launcher. I’m probably going to play for another 50 hours. I cannot get enough of the new destinations. I already got to level 20 mastery in the first two levels once. Now, I’m on my way to doing that again (my progress reset for the review). And I have the rest of the levels left to look forward to.

But what I truly love about Hitman 3 is that it’s about payoff. In storytelling, payoff is about setting up characters arcs and then delivering on them in the third act. Hitman 3 excels at payoffs … but for gameplay and mechanics.

Hitman 3 starts a stage with Agent 47 overhearing a gentleman detective talking about solving a murder. And in that instant, almost every player knows that this is going to end with 47 accusing someone of murder while wearing the detective’s costume.

Hitman is a world made up entirely of Chekhov’s guns, and it’s a blast finding out how to get Agent 47 into position to pull the trigger.

Hitman 3 is available on PC, PlayStation, Xbox, Nintendo Switch, and Stadia on January 20. IO Interactive provided GamesBeat with a download code for PC for the purpose of this review.