The Santa Monica, California-based game publisher said its GAAP revenues for the fourth quarter ended December 31 were $2.41 billion, up 21% from $1.99 billion a year ago, while GAAP earnings per share were 65 cents, compared to 68 cents a share a year earlier. In after-hours trading, the company’s stock price is up 12% to $103.69 a share.

Activision Blizzard CEO Bobby Kotick said in an interview with GamesBeat, “It’s hard to celebrate success in the year where there’s so much adversity, but I will say the employees really stepped up. We’re going into the year with a lot of momentum.”

Analysts expected Activision Blizzard’s non-GAAP earnings per share to be $1.19 cents a share, with revenue at $2.85 billion. The comparable actual results are $1.21 a share on net bookings of $3.05 billion. 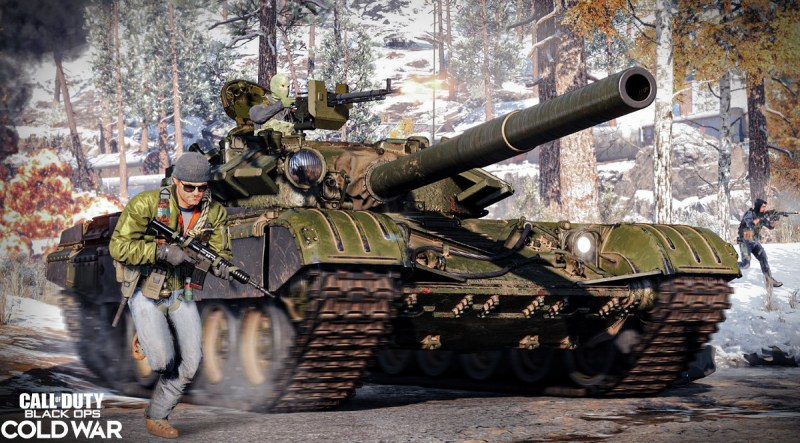 Above: You can call in a tank in Call of Duty: Black Ops — Cold War multiplayer.

Last quarter, in an interview with GamesBeat, Kotick said the company needs to hire more than 2,000 people to meet its production demands. Activision Blizzard has more than 10,000 employees now, and now it needs an estimated 2,500 to 3,000 more employees, Kotick said. The company is hiring across programming, engineering, development, design, art and animation, and production management.

Activision Blizzard had 397 million monthly active users (MAUs), compared to 409 million a year ago. Kotick said that Warzone reached 85 million downloads. The overall data does not include Call of Duty: Mobile results from its release in China in December. King’s mobile MAUs dropped from a year ago, and that’s the main reason for the decline in user numbers over the past year.

During the lockdown, other forms of entertainment (like sports and movie theaters) remain stalled because of social distancing and shelter-in-place orders during the pandemic. With few other options, more people than ever are turning to gaming.

When Call of Duty: Warzone launched March 11, the U.S. was just going into a pandemic lockdown. In its first two months, the free-to-play game got more than 60 million downloads in its first 52 days. Last month, Activision said that Call of Duty generated more than $3 billion in net bookings, up 80% from the previous year. And Call of Duty’s big rival, Cyberpunk 2077, faltered at launch due to tons of bugs.

Net bookings from digital channels were $2.34 billion, as compared with $1.88 billion for the fourth quarter of 2019. In-game net bookings were $1.32 billion.

Activision said 2020 was a record year for the Call of Duty franchise, in which premium and free-to-play experiences across platforms sustained more than 100 million MAUs and drove franchise net bookings to approximately double the year-ago level. In a call, the company said Call of Duty has generated $27 billion in revenue to date, said Daniel Alegre, chief operating officer at Activision Blizzard, in a call with analysts.

Full-year Call of Duty premium unit sales grew over 40% year-over-year, with a further strong shift to digital downloads. That means that Cold War outsold Modern Warfare, in no small part to its integration with the free-to-play Warzone, which served to bring in new users and then make it easy for them to upgrade to the premium game. In the fourth quarter, Activision had 128 million MAUs, and net bookings for the Call of Duty franchise grew by a double-digit percentage year-over-year.

Following the launch of the Black Ops: Cold War’s first season of in-game content and the integrated Warzone experience, unit sell through grew sharply year-over-year in December and January, the company said. Call of Duty in-game net bookings on console and PC grew more than 50% year-over-year in the fourth quarter.

To date, the first season of Black: Ops Cold War and Warzone content has seen the highest number of battle passes consumed since the introduction of Call of Duty’s new in-game system in late 2019.

Meanwhile, Call of Duty Mobile delivered double-digit growth in net bookings year-over-year. In the fourth quarter, monthly payers in the West reached the highest level yet, with an average spend per payer increasing strongly year-over-year. The game also launched in China in late December, quickly reaching the top of the download charts. The game has had tens of millions of downloads in China, and the company last said that the game has had more than 300 million downloads to date. 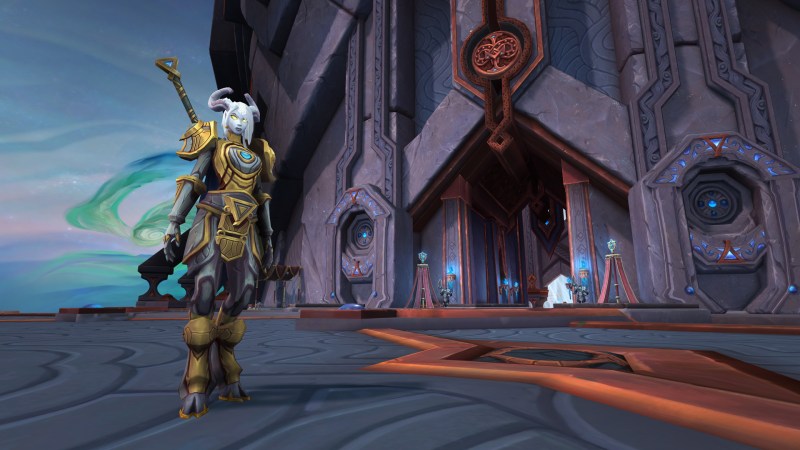 Above: The Warcraft: Shadowlands hub city of Oribos.

Meanwhile, Blizzard’s World of Warcraft saw strong engagement across both the Classic and modern game modes throughout
2020, and full-year franchise net bookings grew 40% year-over-year, reaching the highest level in nearly a decade.

World of Warcraft MAUs grew year-over-year for the sixth consecutive quarter, contributing to overall Blizzard MAUs of 29 million in the fourth quarter. A year ago, Blizzard’s user count was 32 million. Fourth-quarter net bookings for World of Warcraft grew sharply year-over-year, driven by strong sales of the Shadowlands expansion, subscriber growth, and high participation in value-added services.

World of Warcraft player and engagement trends since the Shadowlands release is stronger than levels typically seen at this point after an expansion launch, the company said.

On mobile, the first stage of regional testing for Diablo Immortal in December and January was met with very positive feedback and strong engagement metrics, the company said. Further rounds of testing are planned for later this year.

The Blizzard team will hold its BlizzConline community event on February 19 and February 20, where it will share more about the plans for its games. The 2021 Overwatch League season starts in April. 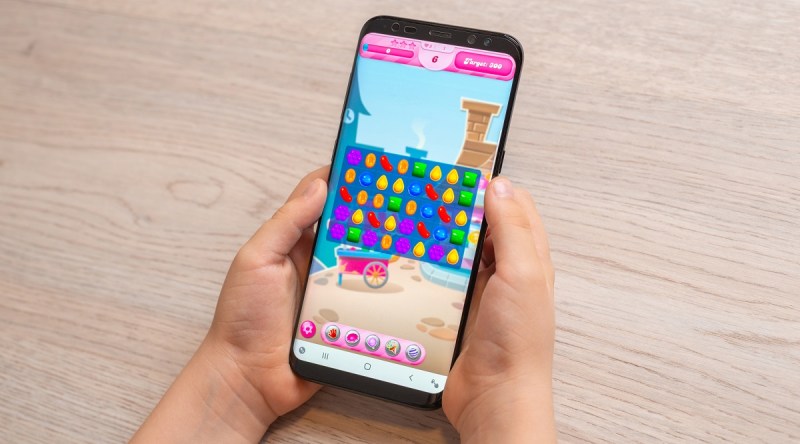 In 2020, King delivered its best full-year financial performance since the acquisition, ending with strong momentum, the company said. In-game net bookings grew by a double-digit percentage year-over-year in the fourth quarter, with growth accelerating versus the third quarter.

King’s fourth-quarter MAUs were 240 million, down from 249 million the same quarter a year ago. The company said payer numbers continued on a positive year-over-year trajectory. King’s largest franchise, Candy Crush, exited 2020 with momentum. Players responded positively to new features in the franchise, driving strong growth in in-game spend per player and double-digit year-over-year growth in in-game net bookings in the fourth quarter, the company said.

Regarding Apple’s change in the Identifier for Advertisers (IDFA), King’s president Humam Sakhnini said he still expects a strong advertising environment in spite of the risks associated with IDFA, which favors user privacy over targeted advertising.

Overwatch 2 is expected to launch in 2022, said Colin Sebastian, an analyst at R.W. Baird, in a research note.