The United Nations is launching a mobile game called Reset Earth to raise awareness about the need to protect the world’s ozone layer.

Building on the plot of the Reset Earth original animated film, which premiered on World Education Day and was subsequently watched more than 710,000 times, this single-player game for iOS and Android invites players to immerse themselves in a time-travel adventure in which they race against time on a mission to save the planet and what’s left of human life.

Reset Earth uses storytelling and immersive gameplay to educate and inspire Gen Z and gamers of all ages about the fundamentals of protecting the ozone layer and the environment.

To date, the animated film has received a lot of attention worldwide on social media, with over 1,200 mentions and around 41 million impressions on Facebook, Instagram, and Twitter. Young people under 24 make up 95% of the animation viewers on Instagram, while on Facebook, 67% of those watching the Reset Earth animation were under 35.

Meg Seki, the acting executive secretary of the Ozone Secretariat, said in a statement that the game is a great addition to the Reset Earth project. In an email to GamesBeat, Seki said the United Nations Environment Programme’s Ozone Secretariat wanted to create original characters with a storyline that would appeal to Gen Z while informing them, in an appealing format, of the importance of protecting the ozone layer and safeguarding the environment.

“On a daily basis, a staggering number of children and young adults play games and interact online globally,” Seki said. “Based on this alone, it made sense to develop educational and informative assets that would appeal to gamers. By making them interesting and attractive, we hope to raise awareness among Gen Z and stimulate the conversation around ozone layer protection.”

Seki added, “The mobile gaming industry is a global industry that builds community, bringing together individuals from a variety of different backgrounds. It opens an opportunity to generate awareness, start conversations and engage with audiences around global issues, audiences who might otherwise not be aware of the UN, UNEP, and the work that it is doing. Working with the gaming industry, we can reach audiences that we might otherwise not have reached, on issues they might otherwise not have engaged with. Through strategic game development we can immerse players in a fun and engaging manner, allowing them to engage with global topics and challenges in a way they might never have before.”

Seki said it is crucial to remember that while the Montreal Protocol is in place, the ozone hole story is far from over. Assuming compliance with the Montreal Protocol, the ozone layer hole around the Antarctic is expected to gradually close, with springtime total column ozone returning to 1980 values in the 2060s. The Northern hemisphere and mid-latitude ozone will return to 1980 values by the 2030s. And the Southern Hemisphere mid-latitude ozone will return to 1980 values around mid-century.

“It is crucial therefore to caution against complacency and remind of the need to remain vigilant to ensure that ozone recovery remains on track,” Seki said. “The state of the environment and the numerous issues facing the planet can be daunting and overwhelming, particularly for younger generations, who often feel powerless to act. With Reset Earth we want to show that like the Montreal Protocol, when people and governments come together, a solution can be found collectively, to even the most difficult environmental problems.” 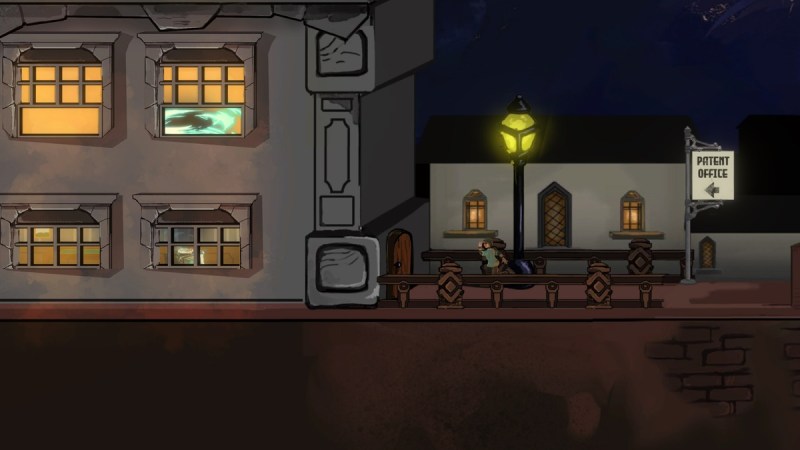 Above: Reset Earth is targeted at educating young gamers.

Set in a dystopian postapocalyptic world in 2084, where the ozone layer has been completely ruined and human life is under threat from an unstoppable virus called The Grow, Reset Earth tells the story of three teenagers who team up in a time-travel adventure.

In search of answers, they travel through time and across multiple landscapes to critical historical moments in the story of the ozone layer in the hopes of saving the planet from impending doom. Along the way, they learn the importance of the ozone layer in protecting the health of the planet, as well as the power of working together.

Rooted in science, the fictional story and game present a dramatized picture of what Earth could have been like if the world had not acted to protect the ozone layer and signed the Montreal Protocol on Substances that Deplete the Ozone Layer in 1987. 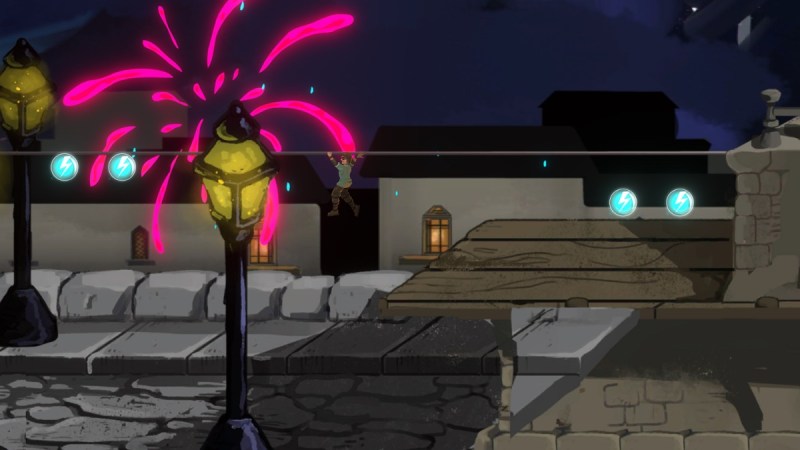 Above: Rooftop made the Reset Earth mobile game.

Reset Earth has a retro graphics and hand-drawn artwork and is aligned with the film’s storyline. Set across four stages of gameplay, each representing a time zone jump in the animated series, Reset Earth challenges players to unlock puzzles and discover clues and learn about environmental history and the science of protecting the planet.

James Scholtz, the CEO of Rooftop South Africa and president of Rooftop Europe (SAS), said in an email that Reset Earth was developed by a combination of people including those at Ozone Secretariat, South African production agency Rooftop, as well as scientists from the Environmental Effects Assessment Panel – one of the Montreal Protocol’s three assessment panels advising the parties.

The Rooftop development team consisted of illustrators who created the environments for each level of the game from the ground up.

“We had a small team working on the gameplay and how all the levels would pull together,” Scholtz said. “Then in close collaboration with the Ozone Secretariat, we were able to build in the messaging and story. All of this was underpinned by a strong visual identity and key messages that we needed to bring across. In total it was a core team of about six people working on the project for around 9 months.”

The family-friendly adventure allows players to unlock the three characters: Knox, Sagan, and Terran. The player can use their abilities as they race through time. By bringing together their abilities, players will become stronger, and advance faster in their ultimate goal to save the Earth.

Reset Earth begins a year-long education initiative by the Ozone Secretariat to raise awareness and inspire action among adolescents and parents about global ozone layer protection. Reset Earth conveys a positive message around what can be achieved through collective action and cultivates a sense of environmental responsibility and ownership amongst the youth.

The campaign offers a message of hope, showing how the global community was able to come together and solve one of the most complex environmental challenges at the time.

The Reset Earth mobile game can be downloaded here on iOS and Android.