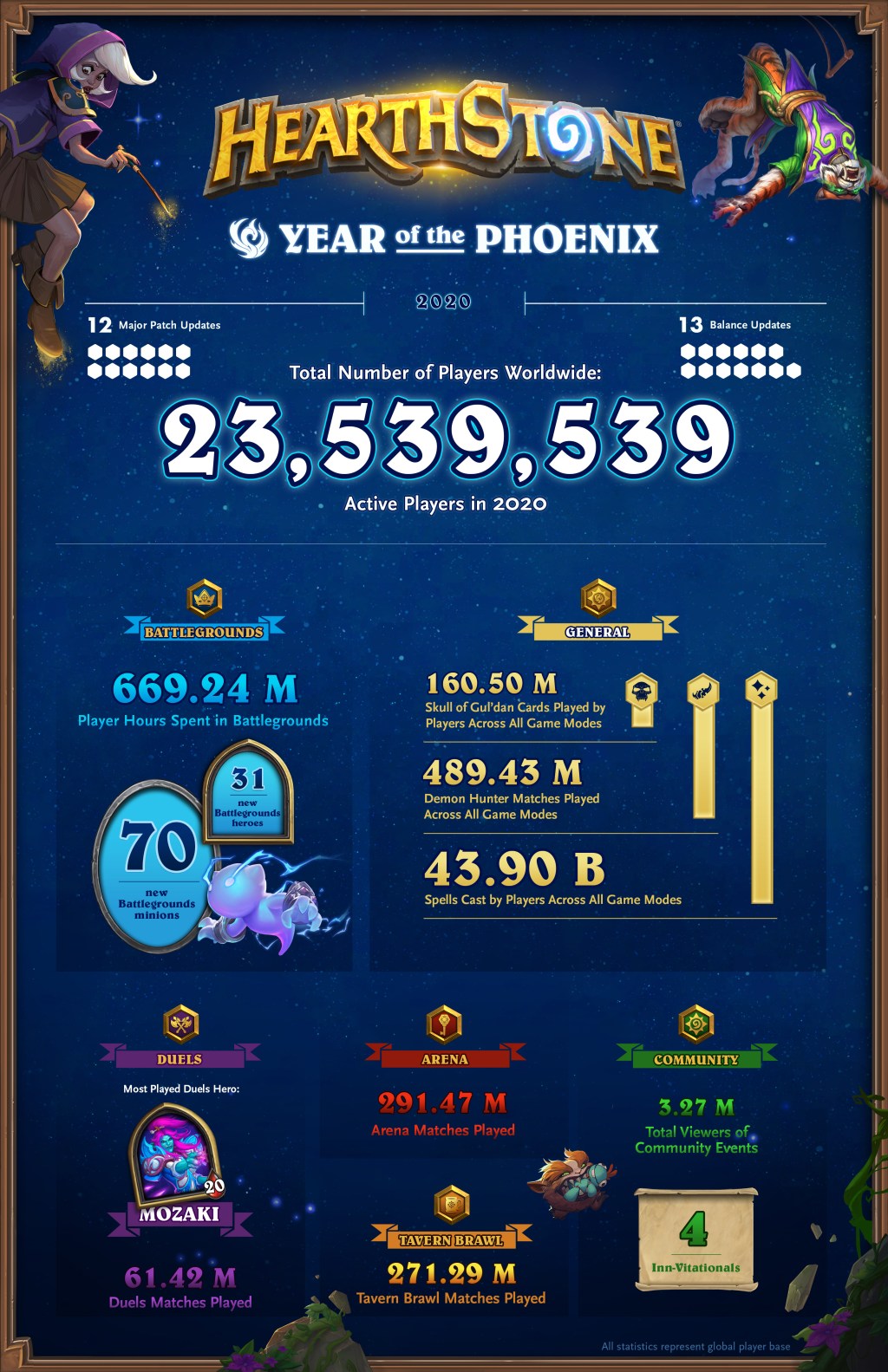 “With Battlegrounds launching late in 2019, we saw growth year-over-year and we continually see interest across all our game modes,” Hearthstone production director Nathan Lyons-Smith told GamesBeat. “We’ve definitely seen an increase in people enjoying Battlegrounds and coming into the mode and that’s been super-exciting for us. And as a result of player’s engagement and interest, we added more content to the mode.”

2020 was a busy year for Hearthstone. It was Battlegrounds first full year, and Blizzard also introduced Duels as another new game mode in October.

“In general, we’re always seeing a spike in interest when launching fresh, new content,” Hearthstone game director Ben Lee told GamesBeat. “The same happened with the launch of Battlegrounds in 2019, but also when launching Duels, our latest mode, which saw 10 million matches on its first day alone and still sees really strong engagement.”

Blizzard also debuted Demon Hunter in 2020 as Hearthstone’s first new class since launch. Although it took a bit of work to balance, which Blizzard did with fast patches designed to reduce the power of Demon Hunter’s strongest decks, the class has proven to be popular.

2021 looks to be another big year for the digital card game. Although Blizzard told us that it will not be adding another class to Hearthstone this year — sorry Monk and Death Knight fans — it is introducing a new Core set, which will replace the Classic and Basic sets as the persistent, foundation of cards that players can use to build their decks. The Core set will include 235 cards and be free to all players, and it will rotate each year. We’re also getting a new Classic mode, which has players creating decks using the Basic and Classic cards that Hearthstone launched with back in 2014.

“About 18 months ago, we committed to the Core set and have been working on it since, in tandem with our next expansions,” Lyons-Smith told GamesBeat. “We are designing our card sets to mesh well with each other, so the next expansion and the Core set were really designed as a pair, to land at the same time. We also considered the Core set when designing our expansions after that, to make sure they all complement each other. And that effort really helps us ensure that we’re delivering on the right experience for players when the core set launches and throughout 2021.”

We’ll learn more about the Core set during BlizzCon Online, which starts on February 19.