G4 is bringing back its video game broadcast network, and now it has named hosts for its announced X-Play and Attack of the Show! programs. On top of that, G4 will launch an esports show.

Returning hosts will be Adam Sessler of X-Play and Kevin Pereira. But their longtime co-hosts Morgan Webb of X-Play and Olivia Munn of Attack of the Show! aren’t coming back, at least not so far. G4 hasn’t announced its platforms yet, but it is expected to be a broadcast network and will compete with the likes of newcomer Venn.

Regarding Sessler, G4 said, “You can expect him to bring his vintage (and a fine one at that) perspective to review the best games that our producers can get their hands on without stealing them from GameStop this time, please.”

The original network had a collection of gaming shows that were broadcast on cable TV from 2002 to 2014. I watched G4 pretty religiously whenever I needed a laugh, and I even appeared on it as a gaming expert (go figure).

Pereira, meanwhile, was an original cast member on Attack of the Show! 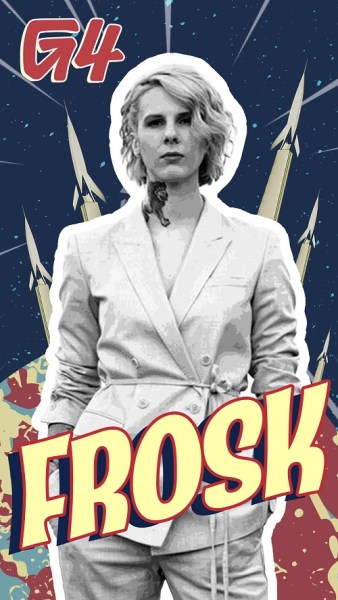 Meanwhile, Ovilee May and Froskurinn will join G4 as hosts for a new show, The Bleep Esports Show. G4 will feature people playing video games against each other for money. They are both popular creators in the esports scene.

In November, the network hinted at its revival with a pre-Thanksgiving show featuring the network’s original celebrity hosts, such as Munn, Pereira, Chris Hardwick, Sessler, Webb, and Sara Underwood.

Comcast began teasing the return of G4 in 2020. Sessler did a “Crazy Adam” video seeking talent for the new show in September. That video got more than a million views. The network is expected to debut in the summer.