Usually when I beat a Japanese role-playing game, I take a break and play something a bit shorter and faster-paced. When I finished Dragon Quest V, however, I was ready to jump into another entry in the classic series.

Dragon Quest III: The Seeds of Salvation is cheap and available on Switch (for $12.50 right now). Easy access! I also noticed that this is the oldest game in the franchise that often appears towards the tops of fans’ favorite Dragon Quests lists.

I still have a ways to go before I can compare Dragon Quest III to every other game in the series, but I have a feeling that it will also be high up on my list.

Dragon Quest III first came out for the Famicom in 1988, not showing up in the U.S. until it appeared as Dragon Warrior III for the NES in 1992. RPGs from the 8-bit era can sometimes be a bit intimidating. They can be so obtuse that you often have no idea what you’re supposed to be doing. They can also be so simple compared to modern JRPGs that they feel boring.

But out of all the 8-bit era JPRGs I’ve ever played, Dragon Quest III is the best of them. Sure, its based around a simple turn-based combat system, but it’s effective. And the adventure feels surprisingly epic. You have a large overworld to explore that is based on our actual planet. This makes navigating the world a bit easier, as you’ll associate its many towns with real-world counterparts. And, man, it is a big world. The amount of towns almost overwhelmed me, and it helps make Dragon Quest III feel like a real globe-spanning journey. 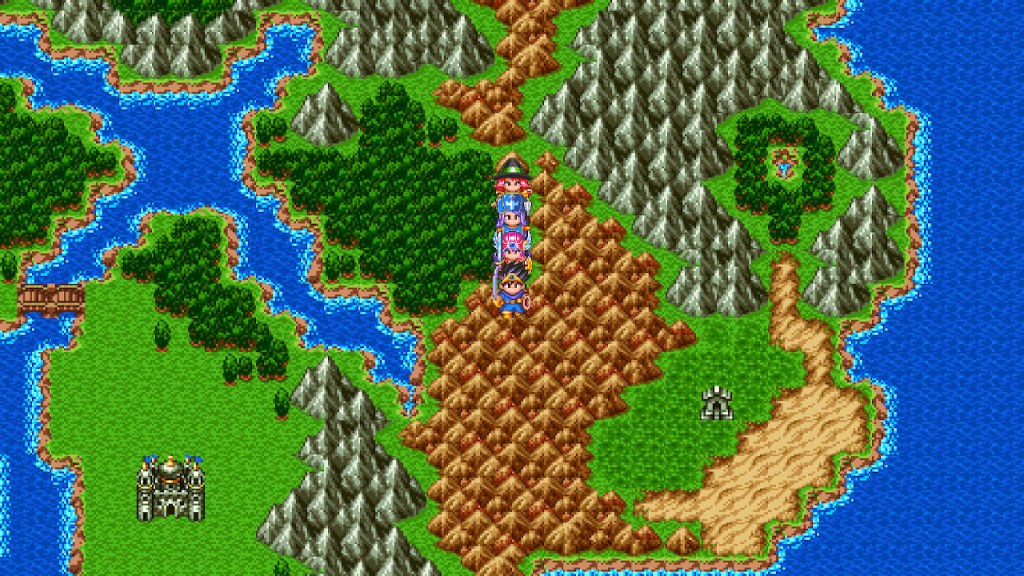 I also love Dragon Quest III’s job system. At the start of the game, you can recruit three party members and pick their vocations, like Priest, Warrior, or Mage. Later on, you can switch their jobs, but they’ll retain the skills the already learned. This lets you have strong Warriors that also have a catalog of healing spells. But you don’t want to change jobs all willy-nilly, as it characters who switch vocations go back to level 1 and and have their stats halved.

It’s not as robust as the job systems in games like Final Fantasy V or even Dragon Quest VII, but it added an extra layer to character progression that made grinding for levels for more fun.

Yes, grinding is important in this game. I don’t mind that. I like doing some grinding in my JPRGs. I find it relaxing. But if that’s not your thing, you may not appreciate how often you need to farm random encounters in Dragon Quest III to keep your party strong.

Dragon Quest III is still a victim of its time in some ways. The game can be obtuse, with little indication of what you’re supposed to be doing or where you should be going. After awhile, I began playing while constantly looking at a guide to make sure I knew where I was going. 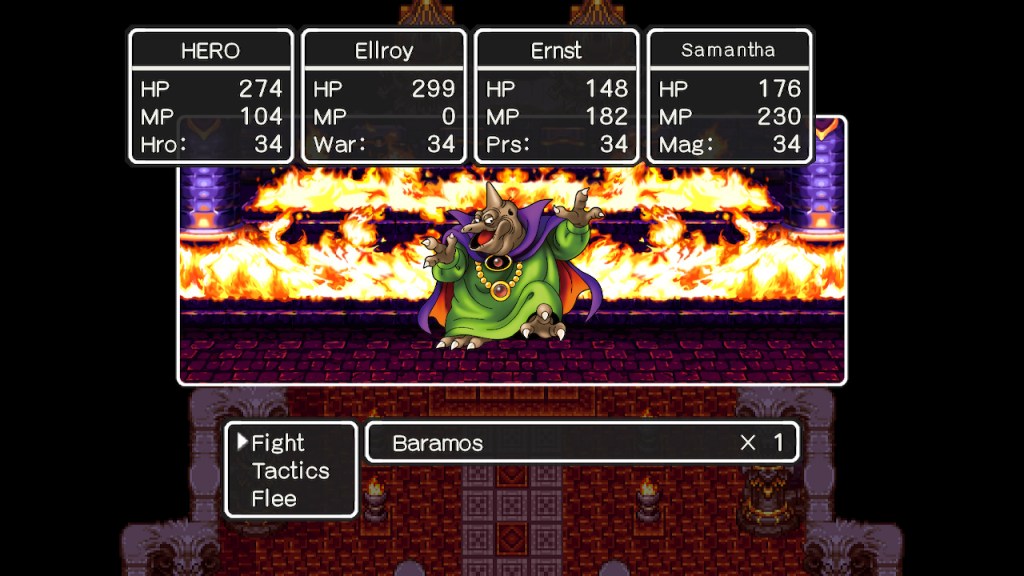 Above: Looking at this font hurts.

I also wasn’t a huge fan the Switch remake’s look. It’s not as bad the atrocious butchering of Final Fantasy V and Final Fantasy VI on mobile and PC, but it does feel similar. Enemy sprites are flat and lifeless, and the menu font looks like it would be more appropriate for a kid’s picture book rather than a fantasy RPG.

Those issues didn’t keep me from enjoying Dragon Quest III. Heck, I’d take it over any of the NES Final Fantasy games. It’s a deeper, bigger, more epic experience. It’s a JPRG for people who love classic JRPGs.

After beating Dragon Quest III, I decided that Dragon Quest VII was next. Since it had a port on the 3DS, I didn’t have to worry about playing the original PlayStation version. And, man, I think I’m going to have a lot to say about that one.