Supercell is an extraordinary company that prints money with its mobile games. But in 2020, it had another off year from a financial analyst’s point of view, with before-tax profits at $463 million and revenue down to $1.48 billion, compared to before-tax profits of $577 million on revenue of $1.56 billion in 2019.

The company reported its results for 2020 today, as it does once a year per Finnish law. But the Helsinki-based company doesn’t dwell on financials, as it generates more money per employee than most companies could ever hope to. With 340 workers, Supercell generated roughly $4.3 million per employee. That’s pretty brilliant, considering the company has a somewhat socialist view of the world.

“We, of course, are incredibly lucky to work in the games business,” said CEO Ilkka Panaanen in a blog post. “The challenges we’ve faced are tiny compared to so many others, and we hope that our games have provided moments of happiness to our players and helped them stay (safely) connected with friends during the pandemic.”

He said that Supercell’s continuing mission is to create games that are played for years and remembered forever. Forever is a long way off, and Supercell is only 10 years old. It didn’t release any new games in 2020. 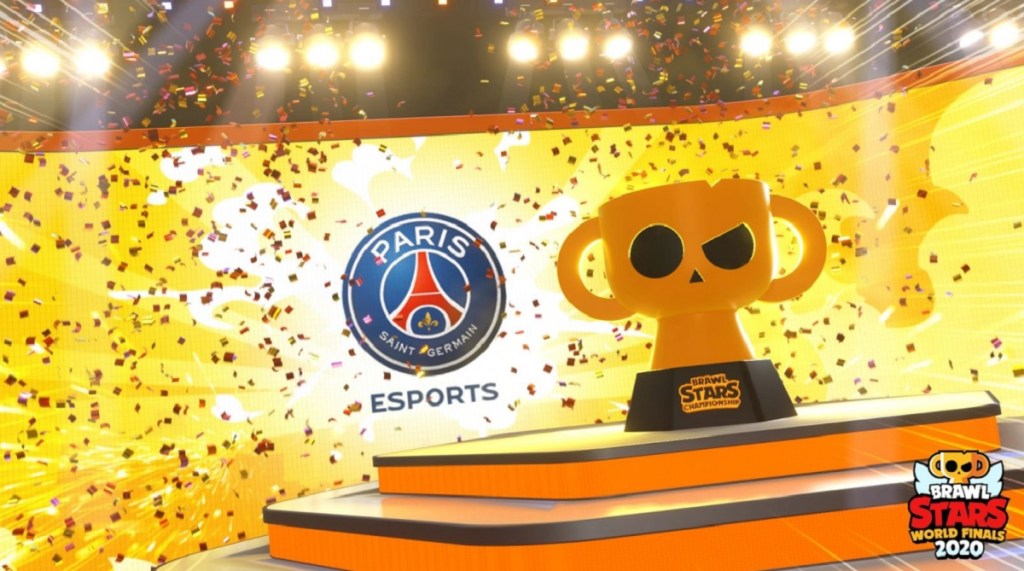 Above: Brawl Stars has crossed $1 billion in revenues.

But then again, it doesn’t need to. The company’s five games have been installed more than five billion times, and Brawl Stars is now its fifth game to exceed $1 billion in gross sales.

Panaanen said Supercell has been busy. As COVID-19 struck, the company shifted to remote work. Supercell continued to use small independent game teams, or “cells.” Instead of four offices, the company now has more than 300 home offices. Brainstorming became harder. Panaanen said the team had to learn to trust each other on a new level, even with some lost productivity in the pandemic.

Brawl Stars saw the introduction of its Brawl Pass and Map Maker. The players have now created more than 150 million maps since October and played for more than 50 million hours. As for esports, 15 million players participated in each monthly World Championship challenge. The team has new content like skins coming and improvements to social play.

Panaanen said Clash of Clans had another great year with updates that kept fans happy. But the same wasn’t true for Clash Royale, as the Clan Wars 2 update did not turn out to be as great as the company hoped.

“The game has so much more potential and the team is fully committed to making it much better for players in 2021,” he said. 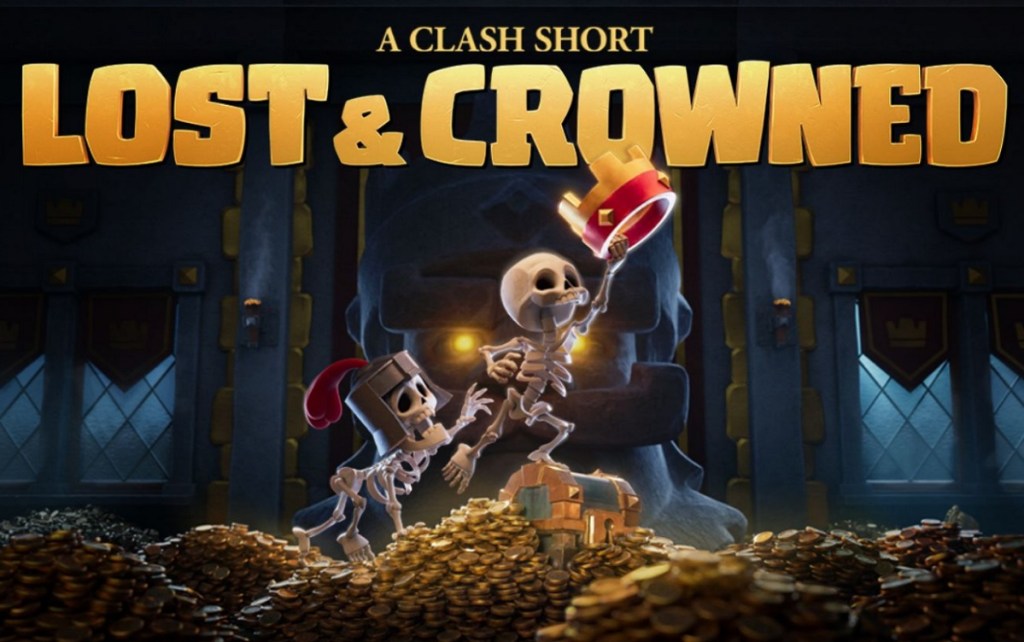 The company’s short film, Lost and Crowned, has been viewed over 100 million times across all platforms.

The company has more than 1,500 people in its Content Creator Program, and now 70 million Creator Boost purchases have been made by 23 million players. And it saw thousands of submissions for its Supercell Make program, where artists can submit content for their favorite games and the community votes to determine what gets into the game. Community artists have earned more than $200,000.

Supercell has a habit of killing more games than it launches, all in the name of trying to find games that will last forever and are the best use of its teams’ time. The company decided to kill Hay Day Pop, the second game to reach beta in two years that the company shut down.

“The Hay Day Pop team’s overall goal was to bring something new to the puzzle genre,” Panaanen said. “They believe in many ways they did this and we’re super proud of what they accomplished. It must be one of the best games we ever killed. However, unfortunately it didn’t find a large enough audience. The team ultimately felt like they could create better games and decided to kill it and shared their learnings with all of Supercell.”

But Panaanen said he is hopeful that the company will launch more beta versions of games in 2021, and potentially more than the company has had in a very long time.

“Any of them could be killed at any time by the game teams due to our high quality bar, but there is definitely a lot of excitement inside Supercell,” he said. “We obviously cannot wait to show them to everyone, and hope we can share more news soon.” 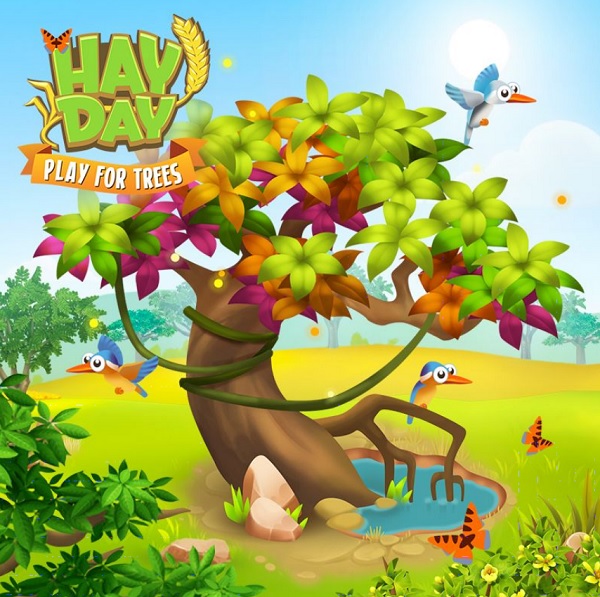 Above: Hay Day fans have planted a lot of trees.

Supercell has also been busy investing in external studios as a way to enable talented games outside the company and enable it to make a bigger impact in the world of games.

“As with our internal teams, we provide these studios complete freedom to go after their dreams, and offer help and support if they need it,” he said. “For us, getting a different perspective on game development from our investee companies has been incredibly eye-opening and valuable, and has made us realize that our way of making games is just one of many.”

In 2020, the company invested in 2UP Games in New Zealand and Papukaya in Finland, which brought the total number of investments in startups to 14.

Of those, Merge Mansion from Metacore launched globally in September. Frogmind just started welcoming early adopters into HypeHype, which enables anyone with a mobile phone to create games with no coding required. And Space Ape Games beta-launched Beatstar, a music game that Panaanen said he was very excited about. 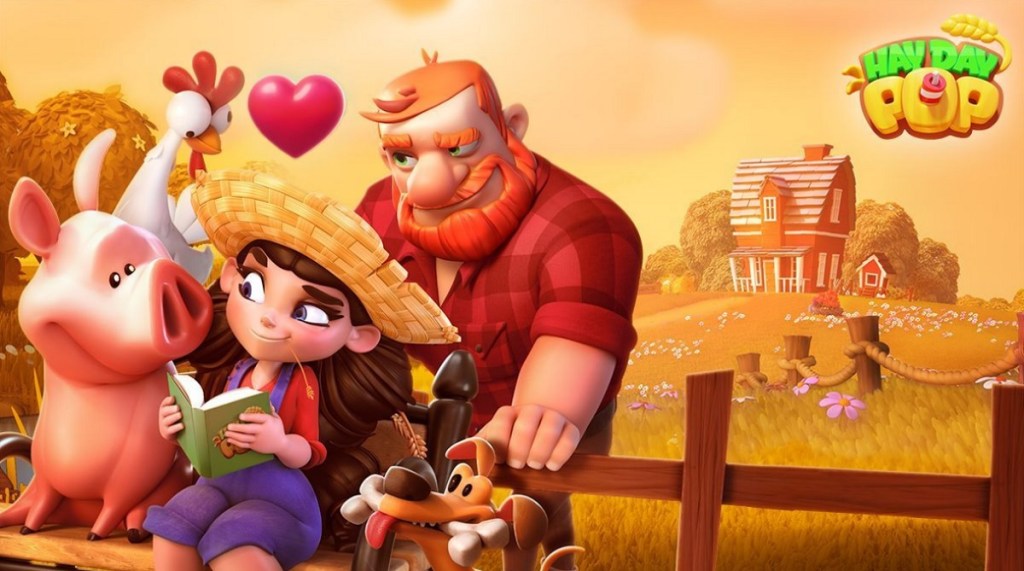 As noted, per Finnish law, Supercell has to report its financial results once a year. Revenue for FY2020 (for the year ending December 31) was at €1.30 billion (or $1.48 billion), and profits before taxes (EBITDA, or earnings before interest, taxes, depreciation, and amortization) amounted to €407 million (or $463 million).

The company paid €78 million (or $87 million) in corporate taxes to Finland this year alone. Panaanen said many on the team who benefited from Finland’s free education and healthcare financed by taxes are proud to give back.

“Given everything that has been going on in the world, we are happy that our business has been able to remain stable and we feel that the results are pretty good for a company of around 340 people,” he said. “However, for us, the most important thing about financial results like these is that they enable us to keep investing in making even better games, taking risks and thinking very long term.”

Sometime this year, the company will move into its first custom-built office building, Wood City, in Finland (when it is safe to do so).

“I believe that as we stay focused on our dream to create games that are played for years and remembered forever, with a lot of work and a little luck, our best days are ahead of us,” he said.