Beamable has raised $5 million in funding to fuel its new business of providing a live services platform for game developers.

The funding is part of a makeover that founder Jon Radoff has given Beamable in the past couple of years. Radoff saw the value of the live services platform that the predecessor company, Disruptor Beam, created to launch rapid updates for its games based on shows such as Game of Thrones, The Walking Dead, and Star Trek.

Companyon Ventures and GrandBanks Capital led the financing, joined by investors from Defy.vc, Oyster Funds, and others.

“We had 100% of our industry investor meetings over Zoom, or some kind of video teleconferencing,” Radoff said in an interview with GamesBeat. “But fortunately, the opportunity around what we’re trying to create is pretty compelling. So got a lot of people’s attention. And we’ve had some really good traction with customers. People are using it. And with Unity going public a few months back, I think it showed a lot of potential investors that this whole game business thing and game technology thing is for real.”

Beamable equips developers with the technology to help them continuously operate, update, monetize and socialize their games. That way, the developers can focus on making their games, Radoff said. 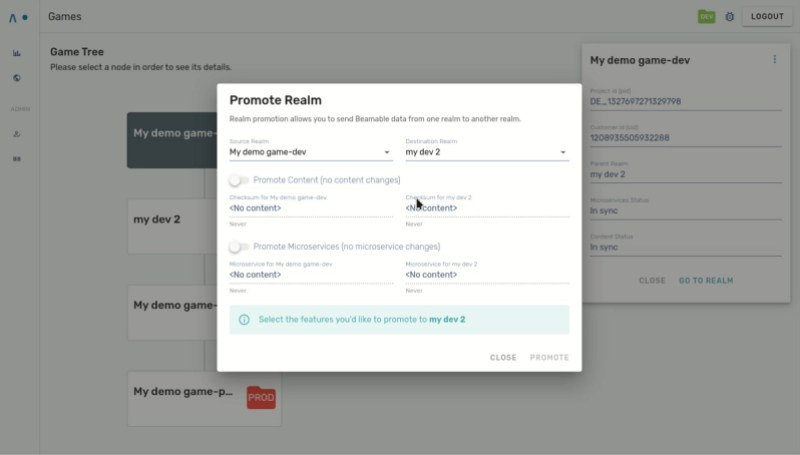 Above: Beamable lets you set up events that draw people back into a game.

Since last year, Beamable has signed up over 100 game studios to its platform with a focus on developers that have embraced the Unity 3D engine. Beamable’s advantage for Unity developers is its creator-centric, low-code approach to live games. Over 20 million users have accessed games built on Beamable, resulting in $150 million in revenue transacted over the platform.

As games shift to a services business model, Beamable offloads the backend infrastructure for live services and lowering operating costs by up to 75%.

The funding completes the shift from Disruptor Beam to Beamable. Last year, Beamable was formed after Radoff sold Disruptor’s Star Trek: Timelines game to Tilting Point. Then Beamable filed for bankruptcy protection and reorganized under the new Subchapter V of the Chapter 11 law, which enables companies to emerge from bankruptcy more quickly. As a result of the COVID-19 pandemic, the CARES act expanded the Small Business Reorganization Act (SBRA) to include companies such as Beamable.

Under the process of a Subchapter V restructuring, the court appoints a trustee. Beamable worked with the trustee and remaining creditors to propose a restructuring plan. This provided for a streamlined and efficient process to minimize distraction to the business and permit the employees to focus on providing service to customers, Radoff said. 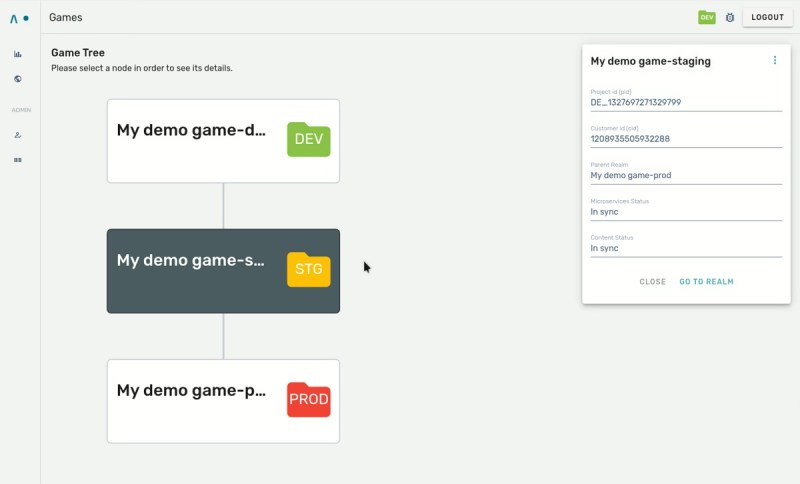 Above: Beamable has more than 100 devs using it.

One of the things that helped Beamable make this transition was the growth in game developers, with 1.5 million monthly active creators on Unity alone.

“There are millions of game developers out there, and these are individuals or small teams that really want to build products without having to care about servers, or do any kind of backend programming at all,” Radoff said. “What that demands is taking more of a top down approach. So what we’ve done in our product has made it much more drag and drop so that you can just add live game services like shopping and events and things like that directly into your game just through a visual interface inside Unity. So that’s a big part of it.”

The other thing that has helped is the flood of money into game companies from investors of all kinds, either through investments via venture capital or investments into games in the stock market. Games are becoming more professional, and Radoff said his company is providing the business foundation for those developers. Beamable charges either 5% of revenue generated on its platform, or a usage-based option.

“We set up their game economies and set up the social architecture and in the past these things have been really labor-intensive,” Radoff said. “We’re bringing that to developers of all sizes.”

Beamable has a dozen people. I’ve been talking a lot with Radoff lately as he happens to be the creator of the Game Industry Cocktail Hour room on Clubhouse, the social audio chat service. Originally set up for one hour, Radoff’s room has been running continuously for seven days.