Playtika reported strong quarterly growth in earnings and revenue for the fourth quarter ended December 31, the first quarterly period as a public company for the maker of casual and social casino games.

But the company’s stock fell 4% to $30.53 a share in trading on Thursday morning, perhaps because the outlook for 2021 was cautious.

The Herzliya, Israel-based went public in January, raising $1.9 billion at a $11.4 billion valuation. The company said its cash and revolving credit is above $1 billion, with an increase in revolving credit from $350 million to $550 million. That gives the company the capability to continue to grow via acquisitions. But its long-term debut remains considerable at $2.3 billion.

For the full year, 2020 revenue was $2.37 billion, compared with $1.89 billion a year earlier. Net income was $92.1 million, compared with $288.9 million a year earlier. The company has acquired seven game studios, and seven of its top nine games are from the acquired studios. Those top nine games generate the bulk of revenue. All told, the company has 20 games, and Playtika said it has more titles in the top 100 games than anyone else.

Playtika’s usual mode of operating is to acquire smaller social casino and casual game makers and then boost their revenues through its centralized services, which includes skills in user acquisition and improving engagement.

“Playtika had an incredible year of growth and achievement in 2020, culminating in our successful public offering in January of 2021,” CEO Robert Antokol said in a statement. “Throughout the challenging backdrop of 2020, our people displayed the necessary commitment and teamwork to allow Playtika to continue its mission of providing our customers with infinite ways to play. As evidence of our progress, for the first time our casual portfolio recorded over $1 billion in annual revenues. Our relentless focus on data and expertise in live operations is the foundation of our success and will continue to provide a competitive advantage as we look forward with optimism to 2021 and beyond.” 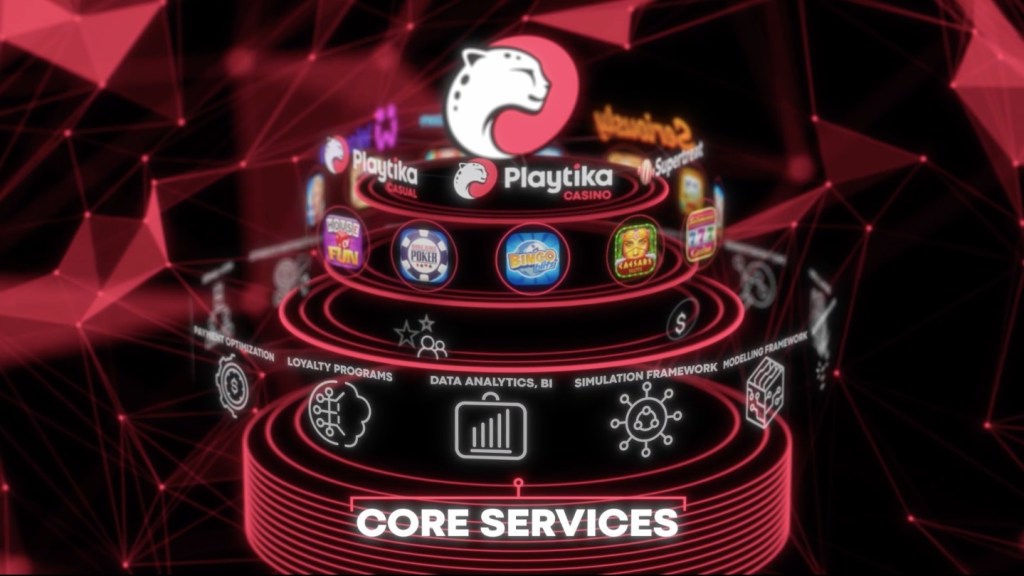 In other news, Andrew Stalbow, the CEO of Seriously (a casual game company that Playtika acquired), has left the company.

For the full year 2021 the company anticipates revenue of $2.44 billion and adjusted EBITDA of $920 million. That’s only slightly better than the $2.37 billion for 2020 revenue, and it’s slightly under the performance of 2020 for adjusted EBITDA. Playtika said it has 35 million monthly active users and 3,700 employees in 19 offices.

Playtika’s results will be closely watched, as it is one of the newest public game companies benefiting from growth during the pandemic, during which people have been playing more games to distract themselves from reality.

In an earlier interview, chief operating officer Craig Abrahams said the company looks at debt relative to cash flow. The current leverage is 2.4, where debt is 2.4 times the amount of cash flow.

“The amount of debt is relatively nominal,” he said.

Under the terms of the IPO, Giant owner Shi Yuzhu still has a controlling stake in Playtika, as his Alpha Frontier is only selling a certain stake to the public.