Video streaming accounted for 71% of all downstream traffic, and it grew 70% over 2019 levels. Comcast said that the first four months of the pandemic resulted in about two years’ worth of expected network traffic growth.

As tens of millions of people transitioned to working and learning from home, the biggest surge occurred in March and April of last year.

Comcast Cable president Tony Werner said in a statement that years of strategic investment in the network have paid off. (The company invested $15 billion in network improvements from 2017 to 2020.) 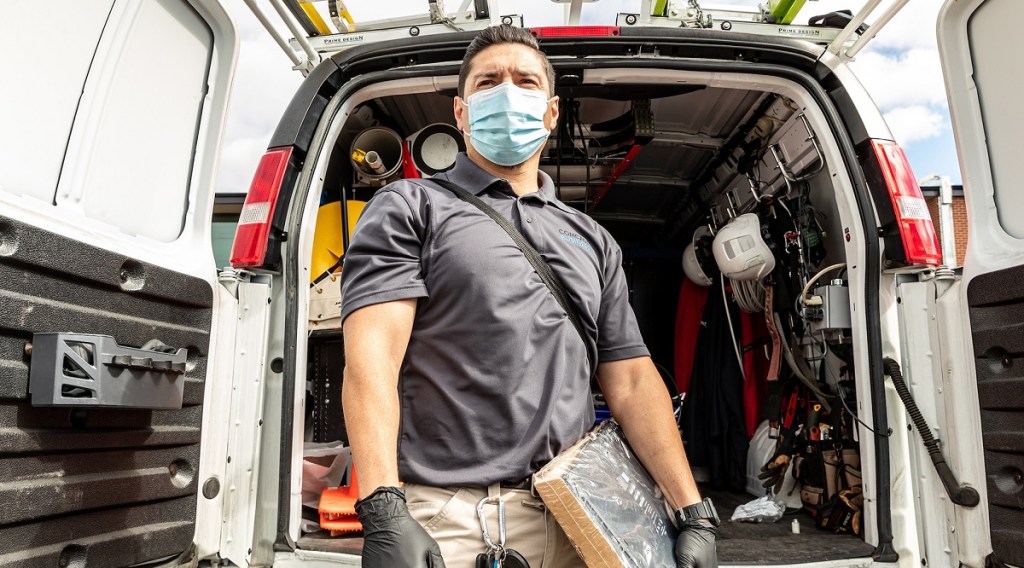 Surprisingly, despite increases in videoconferencing activity, entertainment activities continued to dominate network traffic, with video streaming accounting for 71% of all downstream traffic and growing by 70% over 2019 levels.

Other key drivers of downstream traffic in 2020 were online gaming and the accompanying software downloads (10%), and web browsing (8%).

Despite experiencing growth, videoconferencing traffic still only accounted for less than 5% of overall network usage. For the first time, as Comcast customers surfed, streamed, and emailed more than ever before, they generated over a trillion internet requests (DNS lookups) each day.

Comcast said it delivered above-advertised speeds to customers across the country, including in areas most affected by COVID-19. From 2017 through 2020, the company built an additional 39,153 route miles of fiber into the network.

Comcast’s AI software platform, Octave, enabled the company to increase upstream capacity by up to 36% as traffic levels began to surge.