But you may be aware that there’s a big shortage of semiconductor chips in the world, and so there’s no telling if people will be able to get their hands on these $479 graphics cards.

A spokesperson for AMD said the company is on track to have significantly more graphics processing units (GPUs) on hand at the launch time.

“We continue to take additional steps to address the demand we see from the community,” the spokesperson said. “We are also refreshing stock of both AMD Radeon RX 6000 Series graphics cards and AMD Ryzen 5000 Series processors on AMD.com on a weekly basis, giving gamers and enthusiasts a direct option to purchase the latest Ryzen CPUs and Radeon GPUs at the suggested etail and retail price.”

Journalists who were at a press briefing, however, were quite skeptical that there would be enough supply on hand, given the past few months of shortages. A combination of China’s aggressive push to acquire electronics inventory in case of political shocks to the supply chain, the rush for new products by gamers during the pandemic, and the spike in the use of GPUs for cryptocurrency mining has contributed to the shortages across different segments of the industry. 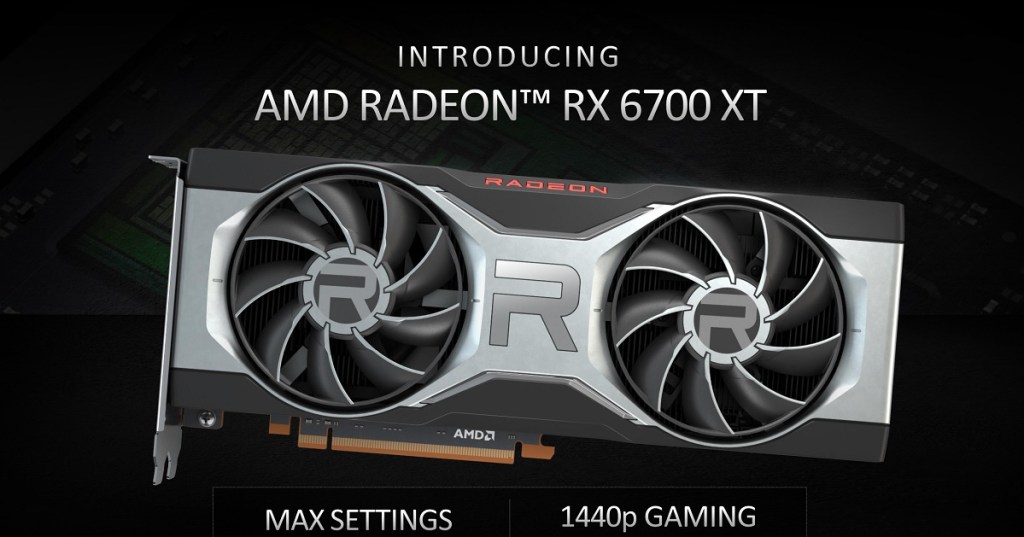 Above: AMD’s Radeon RX 6700 XT is aimed at the wider masses.

“The key is that the Radeon RX 6700 XT is a smaller die, which means AMD can get more die [parts] for every wafer they get from TSMC,” said Kevin Krewell, an analyst at Tirias Research, in an email to GamesBeat. “Still, it’s up to AMD to balance volume for the 6700 and other 7nm parts. Considering that this is the highest volume segment of the market, I hope AMD has accounted for the demand by building inventory.”

And Patrick Moorhead, an analyst at Moor Insights & Strategy, said in an email, “At this point, I think all gamers need to be skeptical on supply of any higher and graphics cards until both AMD and Nvidia show that they can better meet supply.”

The new chip is based on AMD’s RDNA 2 architecture. The RDNA architecture debuted in the summer of 2019. In 2020, AMD added memory improvements with its RX 6000 series cards. The RDNA 2 cards have 65% more performance per watt of power consumed than the previous RDNA cards.

AMD senior product manager Greg Boots said in a press briefing that the new chips use AMD’s latest anti-lag technology, which enables lower input latency for competitive gaming. The new chips have lower prices and are targeted to reach a larger number of gamers, he said. The Radeon Boost feature also varies the shading rate during high-action parts of a game. 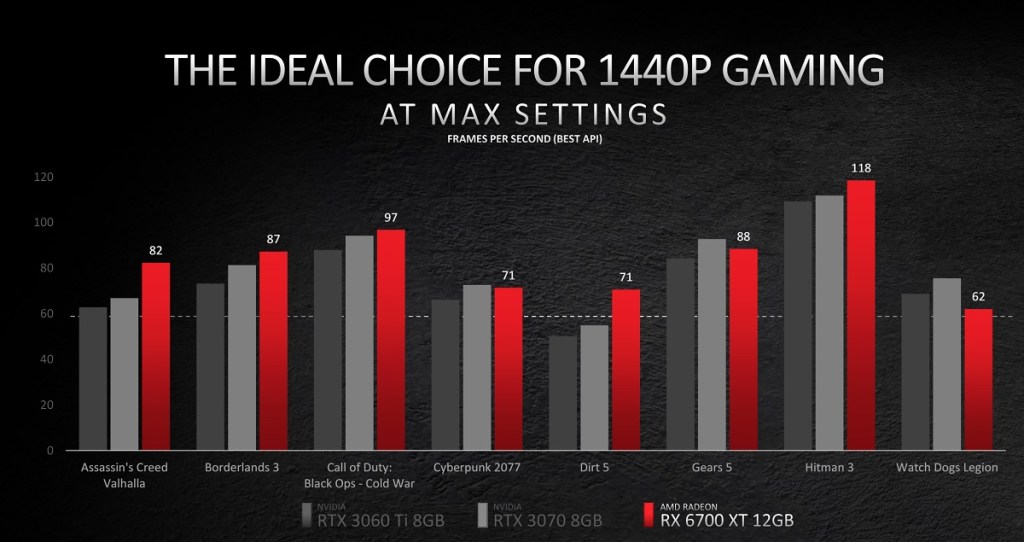 About 95% of gamers play on displays that have older 1440p resolution or worse, as opposed to the newest 4K screens. These gamers are using cards that are three or four years old, and they’re trying to run games like Assassin’s Creed: Valhalla and Cyberpunk 2077. The 6700 XT is built to perform well at the mainstream resolution, as well as on high refresh rate monitors.

The new card has 12GBs of video memory, and games such as Call of Duty: Black Ops — Cold War require that much memory to run. Boots said that’s where the new chips compete “exceptionally well versus the competition.”

“Gaming isn’t just about amazing graphics,” he said. “It’s an entire experience that involves how the game feels, how its perceived, and how its presented, especially for competitive gamers.”

That means that responsiveness and latency and smooth frame rates matter just as much as how good something looks. Anti-lag is now built into DirectX and so it is accessible on most games. More than 40 system companies are expected to launch products based on it.

Regarding the shortage, AMD’s Nish Nish Neelalojanan said, “We definitely understand and we feel the frustrations of gamers. Our mission is to get these cards in gamers hand as much as we can. Starting this month, there will be weekly deliveries.”

Analyst Roger Kay said, “Having fabs [factories] is a burden in almost every case except this one. Once the company became dependent on others to produce its products, it was exposed to the vulnerability of their production issues. In this case, AMD is subject to the same forces as Qualcomm, Nvidia, and others. AMD’s ability to produce in volume will depend mostly on the type of contracts it has with the foundries. I’d be surprised if it has any particular priority, in which case it’s in the same boat as everybody else. I suppose there’s some good in that. None of AMD’s rivals [except arguably Intel, which isn’t really a force in graphics] is in any better position.”