The time has come to make money from playing games, according to Yield Guild Games, which has raised $1.325 million to enable this to happen.

Yield Guild Games is a pool of 2,500 people who believe in the “play-to-earn” model that rewards gamers for playing games. The group is known as a decentralized autonomous organization (DAO), and its investors and players own it. [Updated with correction at 7:17 p.m. on 3/10/21: The DAO does not yet exist. It is being planned, according to Yield Guild Games]. It takes the money from investors and earned by players and reinvests it in game assets and virtual land.

Players in the Philippines (which had unemployment as high as 40% in the pandemic) have been playing games in the guild and earning a living wage doing that, said Yield Guild founder Gabby Dizon in an interview with GamesBeat.

Dizon discovered this as an early fan of Axie Infinity, a blockchain game that rewards for players. And it made him think of the concept of a guild in a game and turn it into a mega-org that could operate over many games.

“A lot of people are desperate to earn money,” said Dizon. “Some people are finding Axie Infinity because they were blockchain and crypto enthusiasts. They quickly learned you could earn two or three times the minimum wage by playing this game. They didn’t know what a digital wallet was, and they went through all of these hurdles, but they started playing the game and earning money. So it spread like wildfire. People could see that their friends were earning more than they did in their day jobs.

“I thought this was something that was scalable, the idea of playing to earn in a gaming guild that cooperates with communities around the world. The guild can play different games that have economies backed by blockchain. The time is ripe for this.” 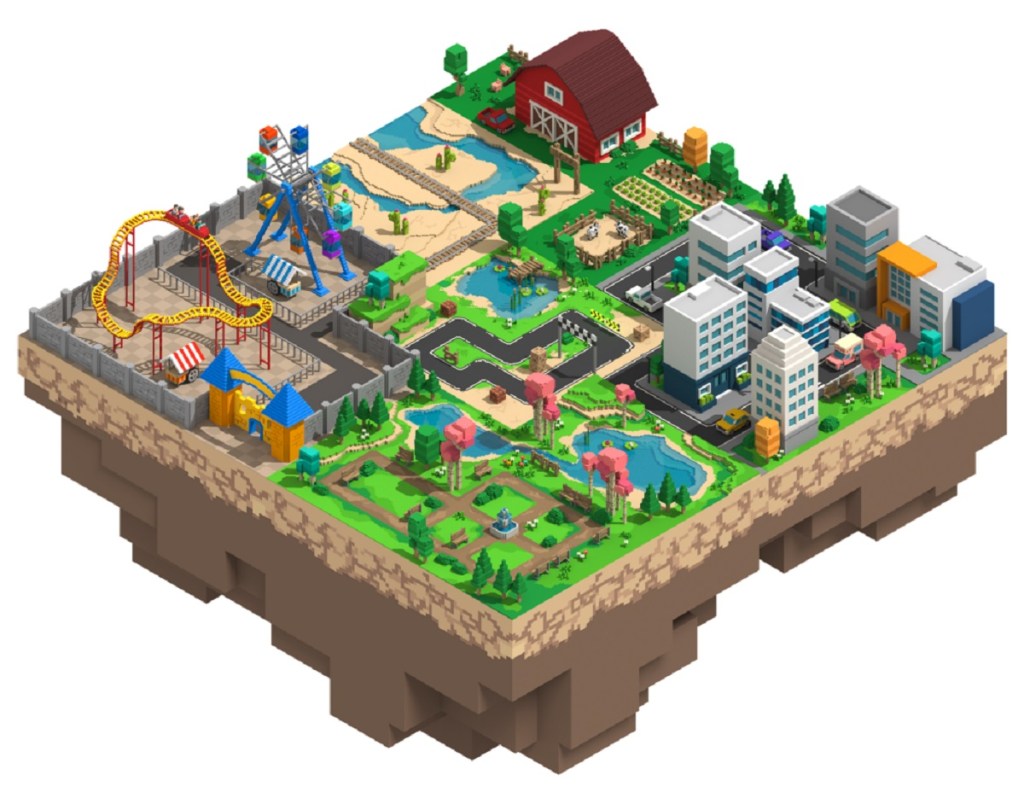 I see it as a big step forward for the Leisure Economy, a utopia in which people can make a living by getting paid to play games. I do that as a game journalist. But today, we have many more candidates who have a chance at living the dream. They include esports athletes, cosplayers, influencers, YouTubers, livestreamers, modders, and many others getting paid to play. These “creator economy” jobs might have seemed ludicrous in the past, but now they’re more than a novelty.

New kinds of jobs exist today that didn’t a few years ago. And artificial intelligence can potentially wipe out a lot of existing jobs, the way the pandemic has, and so it would be great if we could monetize the time and attention that we invest in games. The problem so far is that only exceptional esports athletes and celebrities are living this dream. But Dizon sees potential for everyday people to make a living this way. It could happen in poorer countries first, like the Philippines and Indonesia, and then spread to wealthier nations. It’s almost like the gold farmers in China who made a living playing World of Warcraft, without the insane overwork. Those farmers also didn’t get to invest.

“This helps put food on the table, and once they are done with that, they can invest in the games and make more money from them,” Dizon said. “When I was pitching this last year, a lot of people thought I was crazy. But then we demonstrated that we had real players.”

Dizon said he likes how technology is impacting real people’s lives. He noted the potential of the metaverse, and the opportunities that exist within it, to provide more opportunity for participation and improved quality of life for people who have been left behind by the rest of the world. Those in emerging economies are joining these games enthusiastically, as they’re coming from places that have been impacted badly by the pandemic. There has been very little relief from the government, the job opportunities are lacking. But they’re finding opportunities in the metaverse, which might sound fantastical, as it is actually delivering real value in the real world through these digital realms. 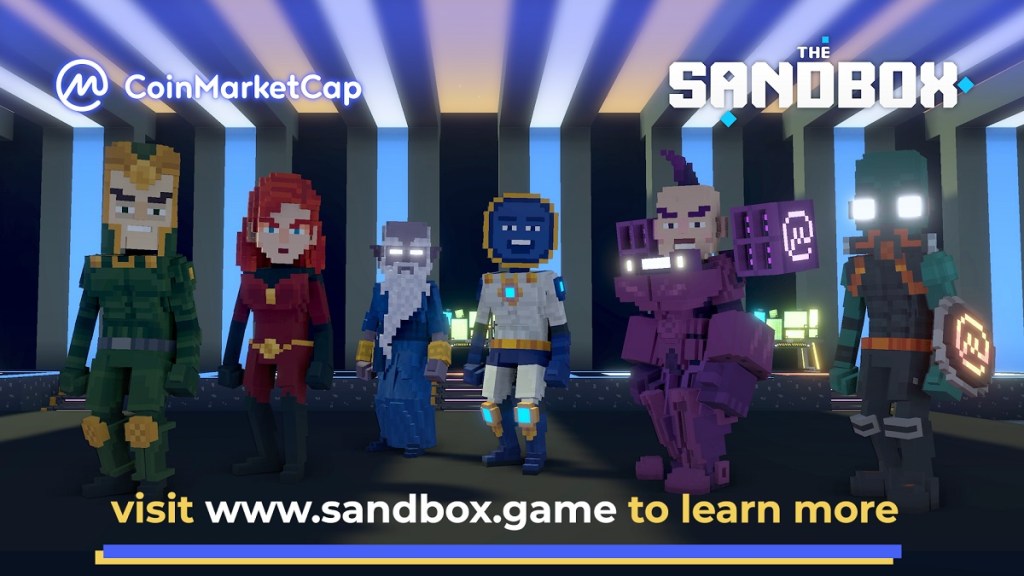 Above: The Sandbox is a user-generated content world with NFT ownership.

This phenomenon is connected to the craze around blockchain-based nonfungible tokens, or NFTs. These NFTs used the blockchain (the transparent and secure decentralized digital ledger) to uniquely identify digital items. If you invest in these items in things such as art or games, the value of the items could potentially go up and you could make money from the investment. A growing group of game startups is embracing NFTs, as are musicians, artists, and sports collectible sellers. (I wrote about this craze in my latest DeanBeat column).

NFT art, such as 3LAU’s latest music album, has been selling like crazy. The musician sold 33 uniquely identified copies of his album over the weekend in an auction, and the top bidder paid $3.66 million. Another example is NBA Top Shot, a digital take on collectible basketball cards. Published as sports collectibles by Animoca Brands and built by Dappler Labs, NBA Top Shot has surpassed $100 million in sales, five months after going public to a worldwide audience. Revenue of $60 million has been generated from 60,000 users in the last week alone.

Dizon has been watching the trend in NFTs for a few years. So he dreamed up the DAO for Yield Guild Games and raised the money last fall from Delphi Digital, Scalar Capital, BlockTower Capital, Gumi Cryptos Capital, Ascensive Assets, and Youbi Capital, among others. Scalar Capital is a crypto investment firm founded in 2017 by Linda Xie and Jordan Clifford. Its investors include Chris Dixon, Marc  Andreessen, Elad Gil, Brian Armstrong, Fred Ehrsam, and Bain Capital Ventures.

“These are fantastic founders and NFT is white-hot, but beyond that, the evolution of game attention economics creates opportunities for both model disruption and geographic arbitrage,” said Miko Matsumura, a cofounder of Gumi Cryptos Capital, in an email to GamesBeat. “This is well documented in the history of gaming via companies like Machine Zone or IGN. But in traditional gaming, these relationships were exploitative, whereas in DeFi [decentralized finance] and NFT there is a great potential for the rise of play-to-earn guilds that benefit the players and their families.”

But rather than use that money to build out a company, Yield Guild Games has invested it in NFTs. It has bought, for instance, 88 plots of Savannah land in the game Axie Infinity. It also bought a 12-by-12 estate in a public virtual land sale in The Sandbox, a game from Animoca Brands. Yield Guild Games spent more than $100,000 on those two transactions in which it purchased land that doesn’t exist, except in the digital realm. The guild plans to hold that land and make money on the investment, Dizon said.

Meanwhile, the guild’s players can earn their share of the organization’s money by playing games. The DAO will share profits with its investors via the YGG protocol. In Axie Infinity, the players earn a currency dubbed Small Love Potion. One SLP can be converted into the equivalent of four cents in U.S. currency. The guild has so far earned four million SLP, or about $160,000, split among hundreds of players. The active players are around 280 or so, while the total number in the guild’s Discord chat is around 2,500.

“Earning a couple of hundred bucks a month goes a long way in these places,” Dizon said. “But as investors in NFTs, they can earn more. We are instilling an investor mindset as they play the games.” 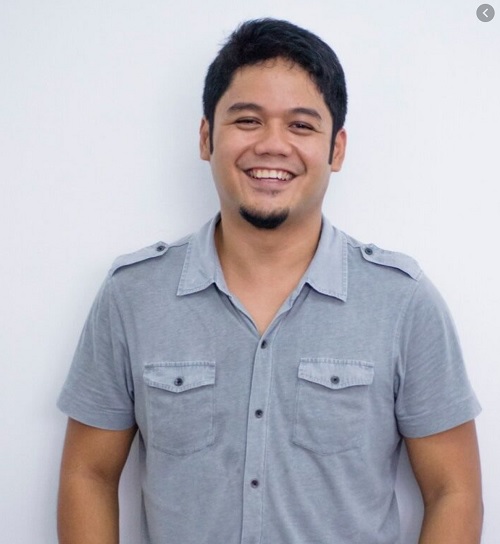 Above: Gabby Dizon is cofounder of Yield Guild Games.

“Everybody is talking about NFTs, but we’re demonstrating what you can actually do with them. In particular, the idea of play-to-earn gaming is giving people all over the world the chance to earn real money while doing what they enjoy,” said Dizon.

NFT assets grew from $40.9 million in 2018 to more than $338 million in 2020, according to Nonfungible.com, which tracks the market. That was with only 150,000 people participating in the market. Some are predicting it could grow to $1.3 billion in 2021, with growth in art, gaming, sports, and collectibles.

Initially, YGG will invest in yield-farming NFTs found in games such as The Sandbox, League of Kingdoms, and Axie Infinity. The latter recorded the largest NFT-based land sale of all time on February 9, when a digital estate sold for 888.25 ether (approximately $1.5 million at the time).

The recent GameStop short-squeeze and wild gyrations of the company’s stock price was driven by enthusiastic grassroots investors associate with WallStreetBets, a Reddit forum. That didn’t end so well, but it did introduce a new age in investing that is driven by the empowerment of individual investors. Someone compared the guild to WallStreetBets, and Dizon took that as a compliment.

Besides Dizon, Beryl Li and Owl of Moistness helped start Yield Guild Games. Dizon previously started Altitude Games in 2014 and brings over two decades experience in mobile gaming. Li cofounded an asset token platform in 2016, which was acquired in 2019 by SMKG. Owl of Moistness is a tech cofounder and smart contract developer.

Dizon said that Yield Guild Games can operate across multiple games (such as Formula One Delta Time), with players earning rewards in those games and the DAO investing in NFTs. The DAO stores the proceeds in a digital wallet. Players will eventually be separated into tiers, with the hardest workers earning more money. Dizon expects to raise more money in the future. He thinks that game companies will court the guild in the future as a way to make a game take off in a viral way. More NFT-based games are on the way.

“Think of us as a metaverse real estate company,” Dizon said. “People invest in us. We invest in assets, we build buildings and experiences on top of those assets. And then we basically earn the revenue from that. So it’s not that different from building a building or a theme park on the lands that we own.”

The DAO won’t try to ruin the gameplay in games or engage in risky behavior like gambling. It will simply get players to play games and get paid for that. I hope it works, as I really want to see the Leisure Economy arrive and make a real difference in everybody’s lives.

“This is such a powerful force that basically the gaming world has never seen before,” Dizon said. “We want to onboard tens of millions of players into the guild.”