Bloomberg reported yesterday that a new version of the Nintendo Switch is on its way later this year. It will come with a 7-inch, 720p-resolution OLED display. When docked, it can run games at 4K.

Nintendo has not confirmed any of this, but there’s little reason to doubt the report. We’ve been expecting an updated version of the Switch. The device is a huge hit, selling about 80 million consoles. But the hardware is aging. Yesterday, March 3, was the Switch’s fourth birthday. This can be a long life for a piece of gaming tech, especially one that isn’t all that powerful to begin with.

So with a new Switch poised to come out later this year, I wonder what I actually need from updated take on the system.

Oddly, a new display isn’t all that high up on my priority list. I mean, I’m not going to turn down a crisper image. But I’d be upset if it came at the expense of better performance.

This is why I’m glad the report says Nintendo is sticking with 720p for handheld mode. Anything beyond that for a small screen that you’re holding in front of your face is unnecessary. It’s something that my colleague, Jeff Grubb, has been talking about for a couple of years. He explains it well in this tweet:

I'm begging you. Before you give your Switch Pro takes. Please look at the pixel density of 720p at 7 inches. It's 209 pixels per inch, which is equivalent to a Retina display if you hold it 16 inches away from your face, which you almost certainly do if you are an adult. pic.twitter.com/Cy2fV3663o

Now, there was reason to worry that Nintendo would spend money and resources putting a 4K display on the Switch, anyway. We know that 4K is a marketing buzzword. It makes your product seem premium. I’m glad Nintendo is resisting this temptation.

Having 4K when playing in docked mode, however, is nice. I don’t expect the new Switch to match the PlayStation 5 or Xbox Series X, but this will give the machine a bit more equal footing with Sony’s and Microsoft’s latest machines.

What’s on the inside

Like I said, I’m concerned about performance. With the Switch getting older, we’re starting to see some games struggle. Bowser’s Fury looks great in docked mode, running at 60 fps. When playing it in handheld mode, however, you have to settle for 30 fps. Last week, The Pokémon Company revealed Pokémon Legends: Arceus, an open-world take on that franchise. As exciting as that idea sounds, the gameplay trailer looked a bit rough. It’s clear that such an ambitious idea is having trouble running well on the old Switch.

A new model gives Nintendo a chance to beef up the innards, which is surely happening if this new machine will be able to play games at 4K when docked. Now, I am not a hardware guy. I can not tell you what chips or processors or little blue microscopic computer people Nintendo needs to put inside its Switch to make it run games well while keeping it affordable. I just hope that it’s something Nintendo figures out.

I just want my games to run at a smooth 60 fps. When Breath of the Wild 2 comes out, I don’t want to see dramatic framerate dips.

A new Switch also gives Nintendo the chance to design better Joy-Cons. These controllers are a defining feature of the system. They snap onto the sides of the machine, and you can take them out so you can use them when the console is docked.

Unfortunately, they’re just not that well-designed. These controllers have a problem called “Joy-Con drift.” The analog sticks degrade over time, until they’ll begin register slight movements even when you’re not touching them. This can make many games unplayable.

The issue has gotten so bad that Nintendo is facing class action lawsuits over the faulty controllers. It’s baffling that Joy-Con drift is still an issue, and it seems clear that Nintendo is not going to do anything with the old design to fix the problem. At least a new Switch gives Nintendo an opportunity to design a Joy-Con that won’t be prone to drifting. 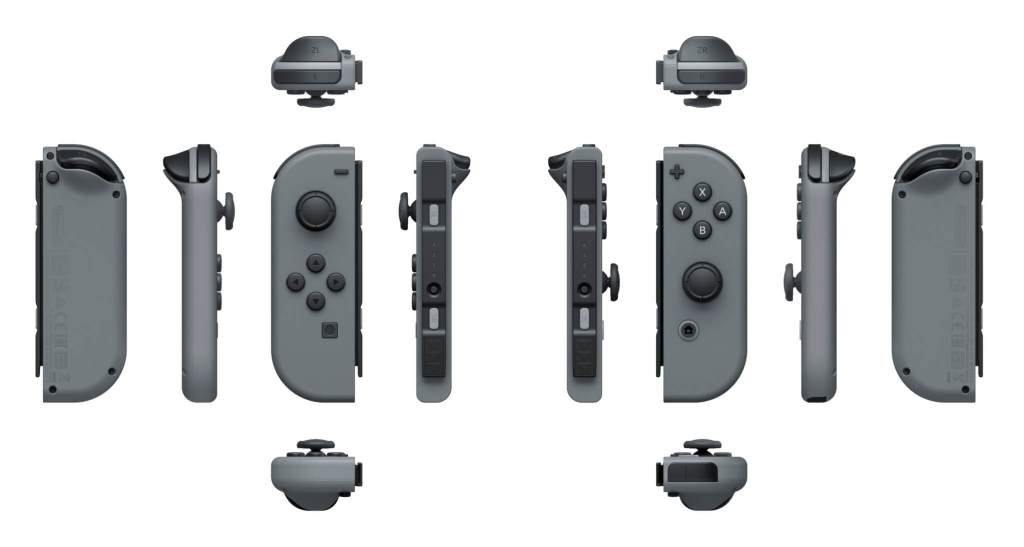 Above: Joy-Cons need a rework.

The Switch is a fantastic system. In just four years, it’s become one of my most-played game consoles ever. I don’t need much from a new version. I just want a bit of future-proofing. Give me the stronger hardware necessary to make sure that future Switch games will run at a smooth 60 fps. And take the opportunity to fix that Joy-Con problem.

Now, there are things I’d love to see happen on the software-side. I’d be happy if we got a better online service that’s more in line with what Sony and Microsoft offer, such as creating parties without having to use a phone app. I’d also love to see a robust offering of classic Nintendo games, especially ones from beyond the 16-bit era.

But those issues aren’t tied to hardware. Nintendo could add them to the current Switch. I mean, it won’t. But it could.

I hope that Nintendo still uses this opportunity to give us something sturdy and exciting. I want to keep playing the Switch for another four years.