The Seattle-based company raised $49 million in the initial public offering (IPO), and the stock closed at £215 ($298.76), up from the opening price of £169. The closing value of the company was $600 million. It’s a rare moment for an indie game publisher, as most companies in this category do not go public. That money could fund a lot of indie releases, which are often the most creative.

It’s one more sign that we’re in a big financial boom for games as a result of heightened play during the pandemic. Roblox, the platform for user-generated games, will go public on Wednesday morning in another major public offering.

TinyBuild said it was the largest company to go public on the AIM stock market. The company didn’t talk about its financials, but it said it had 23 projects in development. 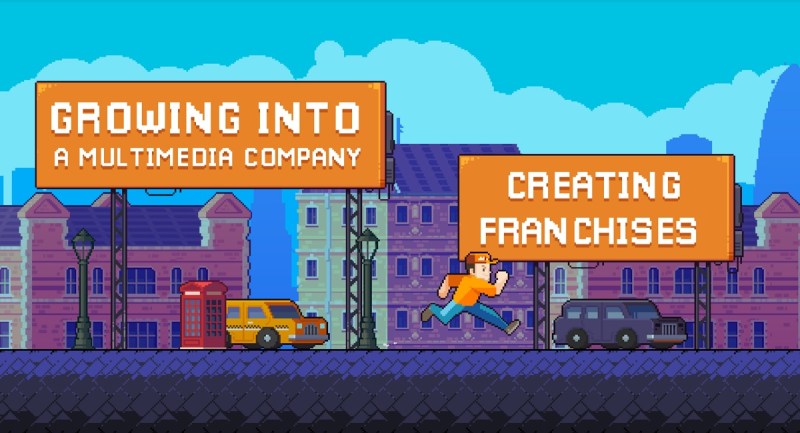 Above: TinyBuild is a rare indie IPO.

TinyBuild’s founders are Alex Nichiporchik, Luke Burtis, and Tom Brien. It released its first game, No Time to Explain, in 2013. Shortly after, they decided to help another indie studio by publishing their game, Speedrunners, which became TinyBuild’s first big hit. To date, the company has launched 40 games, such as Hello Neighbor, Graveyard Keeper, and Party Hard.

Around 2016, the team decided to focus on first-party publishing. Hello Neighbor, TinyBuild’s hit 2017 game, went on to produce multiple successful spin-offs, a TV show pilot, a high-grossing book series, a board game, and a myriad of other branded products. The upcoming Hello Neighbor 2 public alpha has 4 million downloads.

TinyBuild continued its franchise-building efforts by releasing Totally Reliable Delivery Service in April on PC, console, and mobile. The game has over 16 million downloads. Other TinyBuild titles coming include Cartel Tycoon, Potion Craft, and Pigeon Simulator.