The Melbourne-based PlaySide is particularly excited about the intellectual property because Witherspoon will reprise her role in Legally Blonde 3, as she will return to her role as Elle Woods in a film being co-written by Mindy Kaling and Dan Goor. TJ Munusamy, the vice president of development at PlaySide, said in an interview with GamesBeat that the film remains popular across generations as it approaches its 20th anniversary.

“We have a good relationship with MGM and we loved the franchise,” Munusamy said. “It’s about women’s empowerment. She’s smart, savvy, and has a sophisticated side. It’s one of those films that’s a classic. And mobile free-to-play has been our bread and butter.”

And while Legally Blonde will come out in 2022, PlaySide expects that it will launch its game, which combines match-3 and narrative elements, in 2021, Munusamy said. 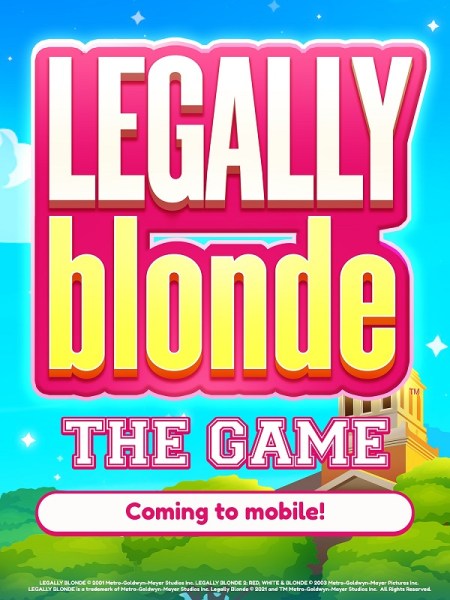 Above: Legally Blonde the Game will come out in 2021.

While PlaySide has published 52 titles and worked on numerous movie games, this is the first one that the company will develop internally based on a movie-based brand.

“We have had a good relationshp for years, and we’ve been in talks,” Munusamy said. “The more we explored it, the more it made sense for us.”

Gerry Sakkas, a former Electronic Arts developer, started PlaySide in 2011, and his team has more than 100 people now. The company has been making games on the mobile, virtual reality, augmented reality, and PC platforms.

Of course, it’s easy to see why Hollywood wants to turn to game-related projects now. While the pandemic has shut theaters and hobbled movie production, games continue to see growth under lockdown and production is able to proceed.

In fact, since Australia has limited the spread of COVID-19, about 75% of the staff is able to work together in the studio. The final 25% are working at home under restrictions. Production just started and the game should come out this year, Munusamy said. While that’s a quick schedule, Munusamy said the project is one of the biggest and most ambitious undertaken to date.

PlaySide went public in December, and that enabled the company to raise funds that will help it pay license fees and strenghten its relationships with Hollywood partners and brands. PlaySide is working with MGM under a multiyear deal, and PlaySide hopes to have more games in the future, Munusamy said.

Munusamy said he can’t comment on whether Witherspoon will get involved in the game.

“We are thrilled that our concept for the game resonated so well with MGM,” Munusamy said.