Major League Soccer’s eMLS and Electronic Arts are kicking off a EA Sports FIFA esports tournament on March 20 and March 21.

The event will feature North American FIFA players competing for a $40,000 eMLS prize pool. Throughout this week, fans can also buy a new limited-edition eMLS jersey, earn prizes through giveaways, participate in social campaigns, and compete in an amateur competition. Net proceeds from jersey sales will benefit Special Olympics. The sponsor is Coca-Cola.

The event shows that big esports events are adapting to the online-only world, in contrast to last year’s chaos as many esports leagues were disrupted mid-season by the pandemic lockdowns, which stopped physical esports events. In an email to GamesBeat, EA said that since last year it has continued to adapt to a fully remote tournament environment. In some cases, such as the addition of celebrities and influencers into broadcasts, EA has opened up new opportunities to broaden the definition of competitive gaming. EA is continuing to evaluate events for the rest of the 2021 but for now will remain online.

The global esports audience will grow to 474.0 million in 2021, a year-on-year growth of 8.7%. Esports enthusiasts (those who watch more than once a month) will account for just under half of this number (234 million), according to esports and game data firm Newzoo. The global esports audience will continue to grow with a CAGR of 7.7% to 577.2 million in 2024. The market is expected to cross the half-a-billion mark in 2022, Newzoo said. 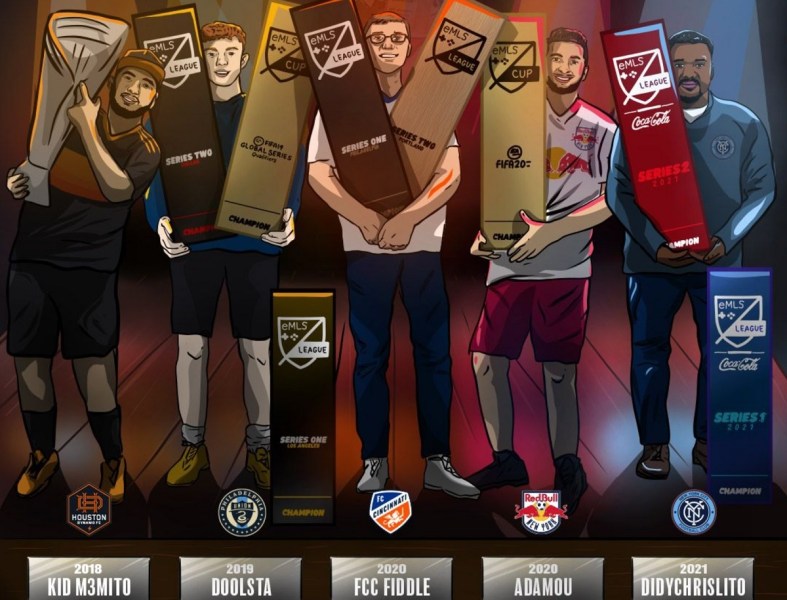 Above: eMLS soccer gets under way on March 20.

Through eMLS, MLS and EA are engaging the digitally native and gaming-oriented soccer fans during the MLS offseason, sustaining sports engagement throughout the year. Every two out of three MLS fans reported in a recent survey they regularly play EA Sports FIFA and more than 75% of MLS fans noted the video game franchise is very important to the enjoyment of the sport, EA said. In February, eMLS League Series 2 averaged 45,000 concurrent viewers over the two-day broadcast, which established a new record for the league and a 24% uptick in viewership from the same event in 2020. 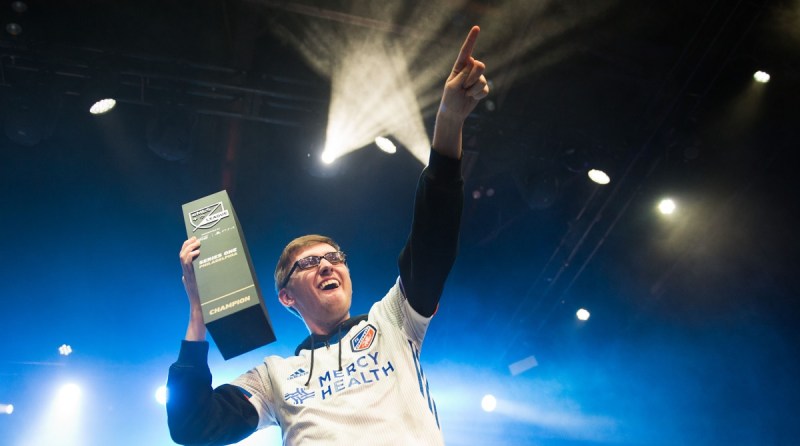 Above: eMLS and EA are kicking off an online-only tournament.

Fans and players alike will also have an opportunity to take to the virtual pitch in the EA Sports FIFA 21 PS4 Tournament: eMLS Fan Challenge, where the top 64 EA Sports FIFA players will each walk away with prizing, and the grand prize winner will receive a PlayStation 5 console.

This 2021 eMLS season has a record 27 MLS clubs represented, with two new clubs joining this year — Inter Miami CF and St. Louis CITY SC. In its inaugural season back in 2018, eMLS launched with 19 Clubs.