Overwolf raised $52.5 million to expand its modding platform for game developers and publishers.

The Tel Aviv-based company is also launching its CurseForge Core user-generated content platform. It will offer the platform as a service for game companies to take advantage of mods, or the custom creations of players that can enhance existing games. It enables folks to create software that tracks player performance in games by tapping developer APIs (such as tracking deck performance in card games like Hearthstone). The large funding echoes the enthusiasm around Roblox, the user-generated game platform company that went public last week at a $41.9 billion valuation.

CurseForge Core, based on technology that Overwolf acquired in June 2020, provides a software development kit (SDK) for game developers that integrates into the game itself and functions as a gateway for users to discover and install mods in-game. It works across all platforms and storefronts, and enables publishers to easily integrate mods safely into existing or new games.

“We think gamer creators are going to be profound contributors to the ecosystem of triple-A games,” said Overwolf CEO Uri Marchand in an interview with GamesBeat. “As we move toward the metaverse, and the more complex game experiences, we see them as built with the creator tools and communities to allow for sort of an open source system for the gamers that are passionate about that world.”

“It was a therapeutic experience for me doing this round because previously I really struggled raising money,” Marchand said. “The narrative was difficult for me to explain about how big this would be. I didn’t have any proof. But today it is very favorable.”

Marchand believes user-generated content is at an inflection point, poised to grow dramatically as in-game creators thrive by making their own modifications to games. Overwolf believes in a future in which the community can participate in the creation and enhancement of triple-A games. This benefits game developers, as game development costs continue to rise. By adding community firepower, the developers can get reinforcements.

The funding will be used to boost development dedicated to creating services for creators. The money will also enable Overwolf itself to invest in more projects built by in-game creators.

“The key reason is for the round is to be able to scale this operation, and to do more meaningful investments with mod authors and app creators, and kind of help them turn their passion into a living,” Marchand said. “Apart from that, it’s going to help us scale our marketing efforts.”

When Overwolf started in 2011, it did not have an open framework. It offered features like communications inside a game, Facebook integration, capture capabilities, and other things. Overwolf created everything itself, with an overlay that allowed players to access services while they were playing games.

“It didn’t work out so well,” Marchand said. “Fast-forward a couple of years, and nothing was scaling. So we had to ask ourselves hard questions about what we would do next. Then we realized that user-generated content around games has a place in the world but we cannot build everything ourselves. And so we pivoted to build an open framework instead of building everything ourselves.”

By 2015, Overwolf’s platform drew the first creator apps, with an app for League of Legends. That snowballed. A funding round from Intel helped Overwolf invest in the community, and by 2019 the creators hit a critical mass. Then the company picked up big followings with Minecraft and other games with the Curse deal in 2020.

“We weren’t sure where the world was going to go, as it was after COVID hit,” Marchand said. “There was a lot of anxiety, in the markets and with our company. But it felt like a strategic move and it helped us  grow.” 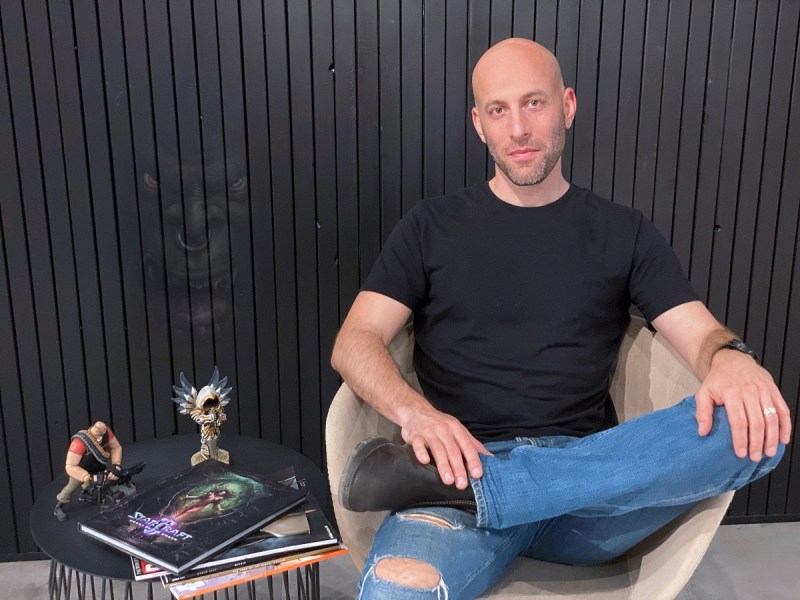 Above: Uri Marchand is CEO and cofounder of Overwolf.

In 2020, Overwolf acquired CurseForge from Twitch. CurseForge had the biggest repository of mods for video games including top titles like World of Warcraft and Minecraft. Now the platform has 30,000 creators, 90,000 mods and add-ons, and 18 million monthly users. Overwolf has experienced 300% growth in the last year as the market for content around games rises.

“This is all about existing intellectual property,” said Nick Tuosto, a cofounder of Griffin Gaming Partners and the managing director at LionTree, said in an interview with GamesBeat. “You can see the content created on Overwolf is great for the ecosystem because it deepens the community engagement and ultimately makes the gaming IP more valuable. This model takes some of the burden off of the developer and publisher to come up with extensions of the core product by leveraging developer community’s creative capacities to enhance the user experience.”

Above: Game developers and publishers can control user content with Overwolf.

As for the amount of money raised, Tuosto said, “The capital markets are very supportive of businesses that have explosive growth and have platform positions in an ecosystem like gaming. Platforms have accumulated enormous value over time in this space. And this is very rare that you see both sides of the marketplace exploding — both the number of developers and applications as well users on the platform.”

The company has 67 employees and Marchand hopes to grow that to 120 by next year.