Manticore Games has raised $100 million for user-generated games in the “multiverse,” which is the company’s preferred term for what a lot o of other people call the metaverse.

The metaverse is the universe of virtual worlds that are all interconnected, like in novels such as Snow Crash and Ready Player One. But to Manticore Games CEO Frederic Descamps, the multiverse is more like a collection of universes of high-quality user-built games that is like an endless arcade. And he hopes that one chunk of the multiverse will be housed under one roof, through the Core platform, at Manticore Games.

The creators use Core, a platform with tools that make it easier for players to create their own games. It’s not unlike Roblox’s user-generated content, which enabled Roblox to go public at a $41.9 billion valuation. But Core games use Epic’s Unreal Engine, with graphics that have both greater variety and higher quality than many blocky Roblox titles, which are often for kids. Core is more like Roblox for adults. Because Roblox has become so valuable, it’s clear that investors believe that Manticore Games could have a similar value.

The amount of the funding is big, but it’s almost becoming normal for successful game companies to be able to raise such amounts. Last week, Rec Room announced it had raised $100 million at a $1.25 billion valuation, and on Tuesday, Dapper Labs (the maker of CryptoKitties and NBA Top Shot) raised $305 million.

“UGC, gaming, online virtual events and communities, the creator economy these all have strong fundamentals,” Descamps said in an interview with GamesBeat. “We knew at some point we would have to raise more money because what we’re doing is extremely ambitious. The surface area of what we’re building is vast. The demand side, the supply side, the engine, the servers, the tech, the community. This is lots of work.”

But Manticore itself doesn’t make games. It just helps its creators do so.

“We provide the infrastructure and economic system and the tools for collaboration,” Descamps said.

With Core, players are creating their own worlds, and the virtual environment is seamless. You can go into a hub and see all of the popular games that you can go into. And when you are in a game, it is amazingly easy to open a portal and move to another game. Players can even connect their games through these portals, which take seconds for players to traverse. The players can keep their avatars and use them in any number of the game worlds.

The Redwood City, California-based company will use the investment to accelerate Core’s growth by bolstering its creator programs and further developing the most advanced game creation and publishing tools of any major user-generated content (UGC) platform. 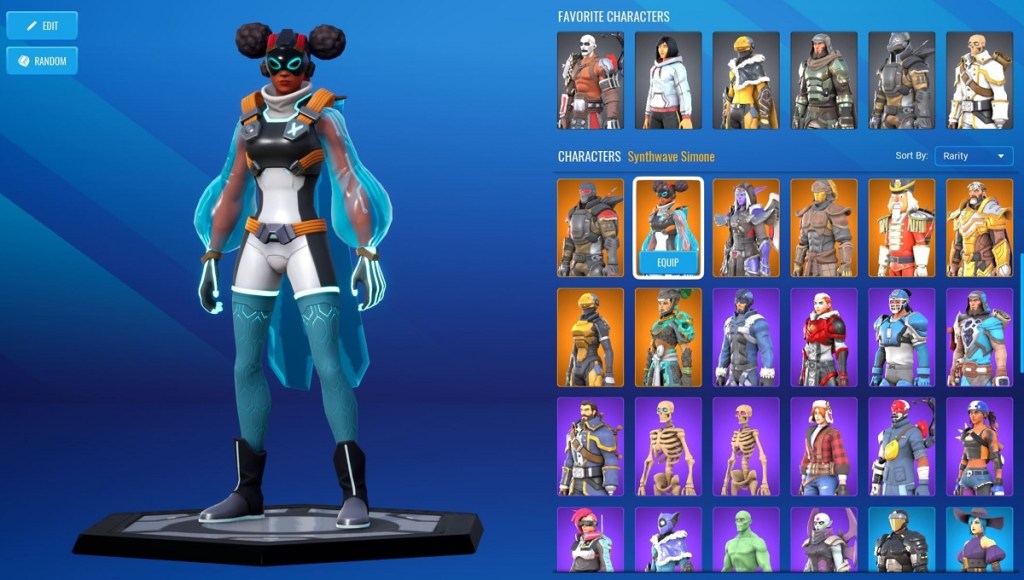 The investment comes as the company approaches a major milestone as Core will be available for early access exclusively on the Epic Games Store on April 15. After just a few months in alpha testing, Core already offers more than 20,000 free games, has had roughly half a million projects started on the platform, and has amassed over one million player and creator accounts globally.

Cofounder Jordan Maynard said in an interview that one of the biggest improvements was the addition of a home world with a centralized hub where players can gather and then go off into the connected worlds. This 3D space feels like a kind of plaza in the multiverse. The games range from simple Sudoku sessions that you can play at tables to first-person shooters.

“It feels much more like a massively multiplayer online world than it used to,” Maynard said.

Descamps said that Manticore shares 50% of the revenue generated by games with the creators, with the hope that Core creators can make a living making games. Still, the company couldn’t share more with users in part because it has expenses like marketing, customer service, and community management. It operated a game creation contest, for instance, and gave $150,000 in prizes to the top 50 creators.

The company is using the money to expand its teams, broaden the product, and invest in creators and the ecosystem.  The team is close to 100 people.

“One of the reasons we’re raising money is to go to new platforms like Xbox, mobile, and maybe even VR,” Descamps said. “I think VR is actually a killer app. At some point, it’s going to take off for both creators and players.” 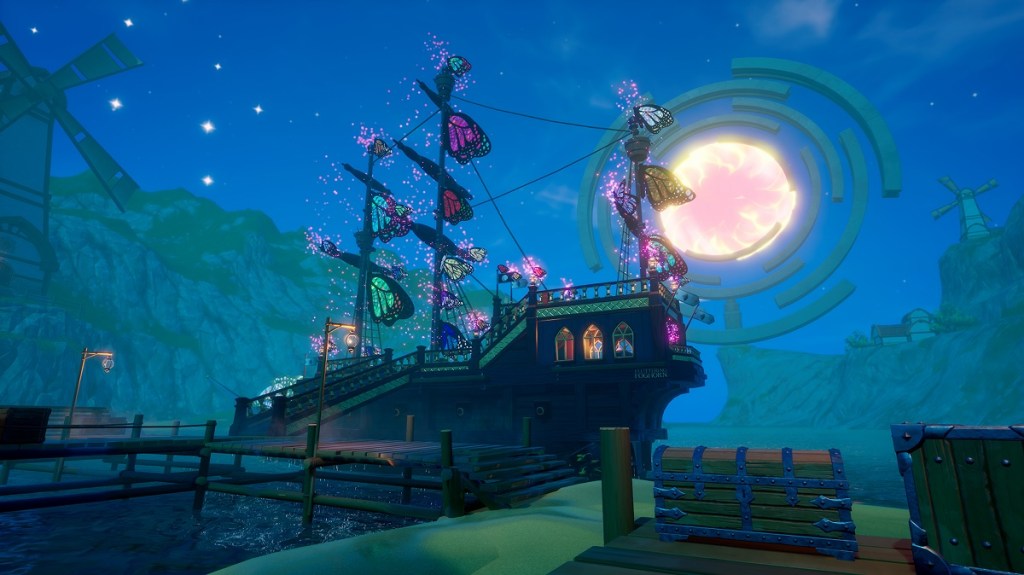 Above: Core enables games that are more like Roblox for adults.

XN founder Gaurav Kapadia said in a statement that Manticore has the best creator-led gaming platform with great technology for multiplayer games. The funding was possible because the company started to see growth and a very positive reception to the platform.

“We knew we needed to fuel the engine, but it came a little earlier than expected,” Descamps said. “People have been paying attention and partly because of Roblox. Even pre-COVID, people realized something special was happening. And during COVID, they saw the economic model taking off. We were able to channel this interest into this round of funding.”

Manticore believes that the future of games is in open user-generated platforms. Core is bringing a level of disruption to game creation and play that’s similar to how YouTube revolutionized video. Over the past year, Manticore built the infrastructure of the multiverse from the ground up, launched a creator-friendly economy, and introduced accessible tools for game creation and publishing, with an interface that requires little to no coding experience to develop and publish a game in as little as an hour, Descamps said.

“Where the networks allow it, crossplay will work,” Maynard said in an interview. “Technically, there is no reason that we can’t do crossplay. If I’m playing Core on a PC, and one of our engineers is playing on iOS, we can be in the same world.” 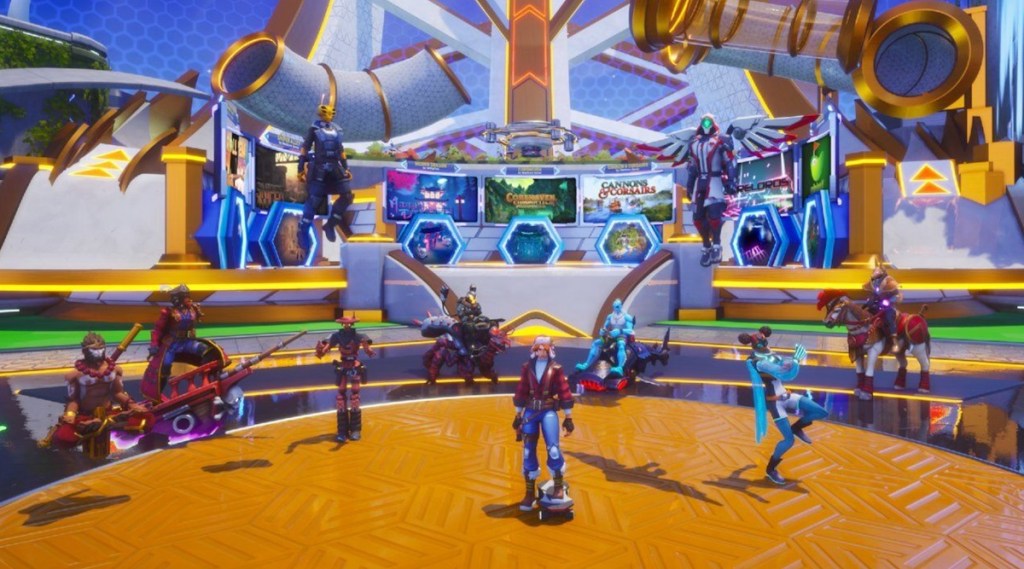 Descamps and Maynard are serial entrepreneurs who have worked together at game companies such as Electronic Arts, Zynga, Xfire, Trion Worlds, and A Bit Lucky.

The mission was able enabling self-expression and lowering the barrier to creativity in gaming, as well as creating the best economic opportunities for creators.

“We wanted to drastically lower the barriers to creativity and game making, world building, publishing, and operating the servers,” Descamp said.”

As a side note, I remembered first meeting Descamps when he interviewed me about my Opening the Xbox book about the making of Microsoft’s first Xbox game console. He did it for his studies at Stanford University. How time flies! It’s amazing to see how his career and friendship with Maynard has led to this moment. Descamps recently talked about the multiverse at our metaverse conference.