The game is now available on iOS and Android. It’s fast play and franchise-building strategy is aimed at general sports fans, casual gamers and players of all levels.

“We saw that if we could make the game very casual, with a focus on the increasingly popular sports genre, it could be very appealing to mobile gamers,” said Netmarble US president Simon Sim said in an interview with GamesBeat.

You will take charge of their favorite team, choosing from a lineup of NBA players to draft and train. Players deal with match-3 game mechanics, matching gems to control the team and power-up their athletes to execute special shots, steals, slam dunks and more. 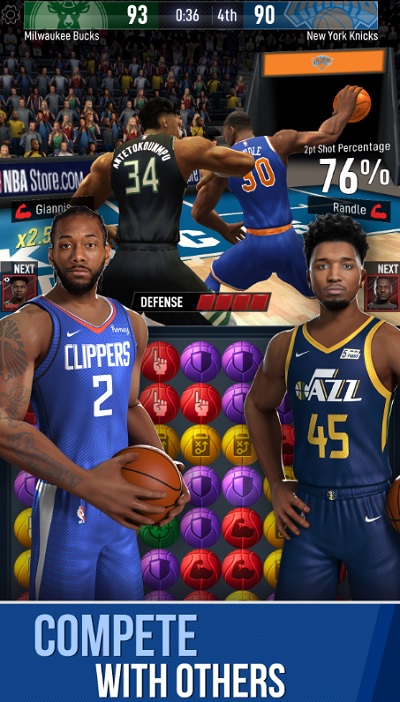 Above: NBA Ball Stars has launched on iOS and Android.

“Mobile gaming is bigger and bigger, and the gender diversity is increasing as well,” Sim said. “We think that mobile games appeal to wider age and gender groups, and the same is true for sports games. So we looked for a casual gaming mechanic, and we found it with the puzzles. We think that casual NBA games will easily catch on to our games.”

The NBA game is part of Netmarble’s strategy to make its games more popular in North America, Europe, and Japan. Last year, revenue outside of South Korea was more than 70%. In February, South Korea’s Netmarble acquired the Los Angeles-based Kung Fu Factory.

Sim also said that hardcore massively multiplayer online role-playing games will continue to be hot in the future, especially as technologies like 5G wireless networks deliver more bandwidth in places like the U.S.

As for the future, Sim said, “We are looking for more potential studios to invest or to be make a partnership. And then our team will keep expand our publishing capability.” 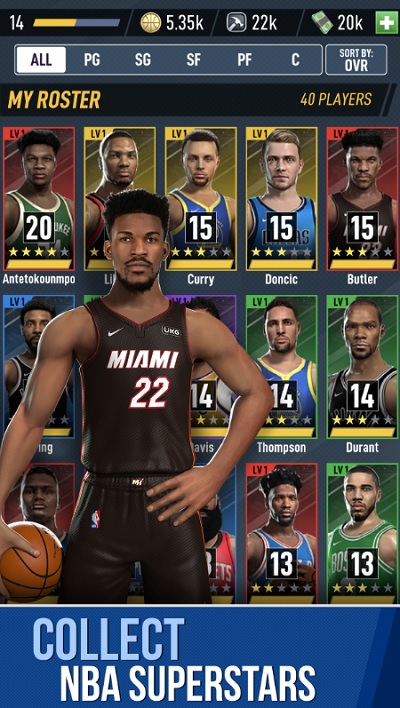 Sim said that the developer’s expertise in sports action and puzzles has been key to pulling off the combo of accessible action and strategy on a mobile device.

In the game, players can power up their roster by bursting gems, increasing both offensive and defensive skills, and unlocking signature moves. Players have to train their stars over time and use the formation system to come up with ideal lineups.

Netmarble was started in South Korea in 2000 with a focus on mobile games. It grew quickly thanks to publishing big games like Lineage 2: Revolution, The Seven Deadly Sins: Grand Cross, Blade & Soul Revolution, and Marvel Future Fight. It is the parent company of Kabam and a major shareholder of Jam City and Big Hit Entertainment. It also owns a piece of global pop band BTS and operates the BTS World mobile game. (That’s dynamite!)

“We have enhanced our publishing capability over time,” Sim said. “We have localization capabilities and capability for technical infrastructure for publishing. At the same time, we observed that the sports genre was interesting. There are already many sports games in mobile game space. But we think, there’s more room to grow for mobile-friendly sports games.”