The aim is to provide a boost for professionals who have to upgrade their personal machines as they work from remote locations during the pandemic. The eight GPUs can be used in laptops, desktops, servers, and workstations. Nvidia made the announcement at its GTC 21 online event.

“Hybrid work is the new normal,” said Bob Pette, vice president of professional visualization at Nvidia, in a statement. “RTX GPUs, based on the Nvidia Ampere architecture, provide the performance for demanding workloads from any device so people can be productive from wherever they need to work.” 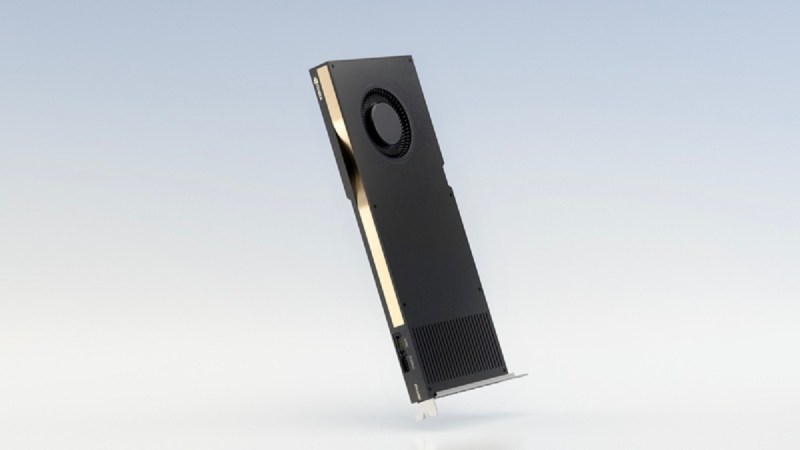 Above: RTX A4000 graphics processing unit.

The Nvidia RTX A5000 and Nvidia RTX A4000 GPUs are targeted at desktops, and they feature new RT Cores, Tensor Cores, and CUDA cores to speed up AI, graphics, and real-time rendering up to two times faster than previous generations.

For professionals on the go, the new Nvidia RTX A2000, RTX A3000, RTX A4000, and RTX A5000 GPUs are targeted at bringing accelerated performance to laptops. They include the latest generations of Max-Q and RTX technologies.

Among the first to tap into the RTX A5000 is Woods Bagot, a global architectural and consulting practice. Polaris, a manufacturer of motorcycles, snowmobiles, ATVs, and electric vehicles, is also using the RTX A5000.