Epic Games said today it has raised $1 billion in a new round of funding in its bid to build the metaverse, the universe of virtual worlds that are all interconnected, like in novels such as Snow Crash and Ready Player One.

The company said the money will enable it to support future growth opportunities, and it places Epic’s equity valuation at $28.7 billion.

This round includes an additional $200 million strategic investment from Sony. This builds on the already close relationship between the two companies and reinforces their goals to advance the state of the art in technology, entertainment, and socially- connected online services. One of the keys to the metaverse will be making realistic animated digital humans, and two of Epic’s leaders — Paul Doyle and Vladimir Mastilović — will speak on that topic at our upcoming GamesBeat Summit 2021 conference on April 28 and April 29. 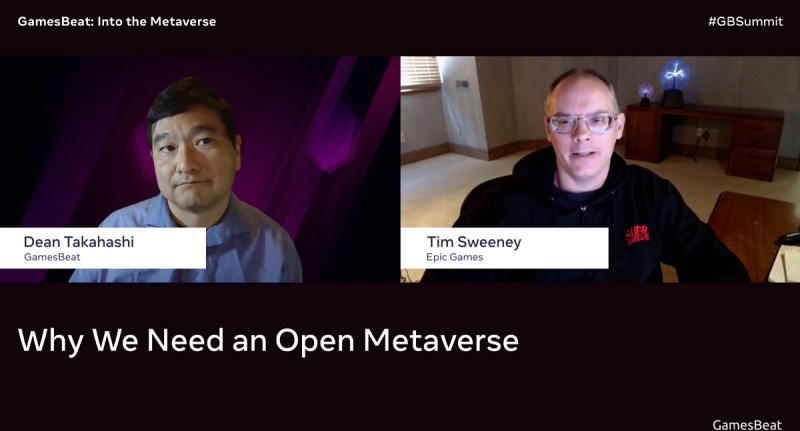 Epic continues to have only a single class of common stock outstanding and CEO Tim Sweeney remains the controlling shareholder of the company.

“We are grateful to our new and existing investors who support our vision for Epic and the Metaverse,” said Sweeney in a statement. “Their investment will help accelerate our work around building connected social experiences in Fortnite, Rocket League, and Fall Guys, while empowering game developers and creators with Unreal Engine, Epic Online Services, and the Epic Games Store.”

Sony CEO Kenichiro Yoshida said in a statement that Epic continues to deliver revolutionary experiences through their array of cutting edge technologies that support creators in gaming and across the digital entertainment industry. He said Sony is excited to collaborate and bring new entertainment experiences to the world.

Sweeney’s view of the metaverse 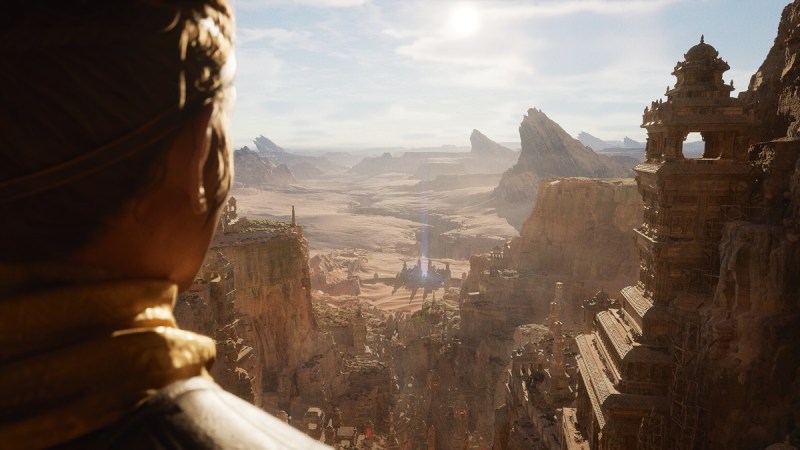 Above: Epic Games is launching the Unreal Engine 5 in 2021.

Sweeney has been one of the biggest advocates for the metaverse in recent years. At our GamesBeat Summit event in January, he said that the metaverse should be built with open standards so that walled gardens do not dominate the community.

I asked Sweeney what the killer attraction of the metaverse would be. He said the killer feature is simply getting together with your friends to have great social experiences, like going outdoors for a walk. That’s more fun than just sitting on a couch and talking.

“In a game environment, you can constantly go back and forth between the real world stuff and what’s happening in-game and it’s constantly engaging and constantly messing up the conversation,” he said. “I think that’s a key ingredient. And I think this mechanic is essential. It’s been mechanically proven out in dozens of different genres of games. Every genre that we know is going to be represented.”

I noted that Fortnite has added concerts and brands, and so I wonder if Epic’s blockbuster battle royale will evolve into its own metaverse.

Sweeney said, “I think I think there will be a linear evolution. It’s not going to be a massive sudden disruption. It’s going to be a meeting place for individuals and creators of all sizes, including brands. Every company will be there at some point. If you are a car manufacturer, your brand presence in the metaverse isn’t going to be a bunch of advertising for your cars. It’s going to be a place where you can actually drive the cars around and feel the experience of it. You can use a Corvette in the game. We have an opportunity for much, much more interesting  interactions.”

Sweeney said he started thinking about the metaverse more seriously in 2017, after Fortnite succeeded. He said it became apparent that all of the science fiction writers were talking about the same thing, even though it had some crazy ideas attached to it.

“We realized that you don’t need this crazy technology to do this,” he said. “We have everything we need right now. And the limiting factor on becoming reality is not much more than that. Developers learning what elements really make for awesome online social experiences, continuity of experience, and science fiction.” 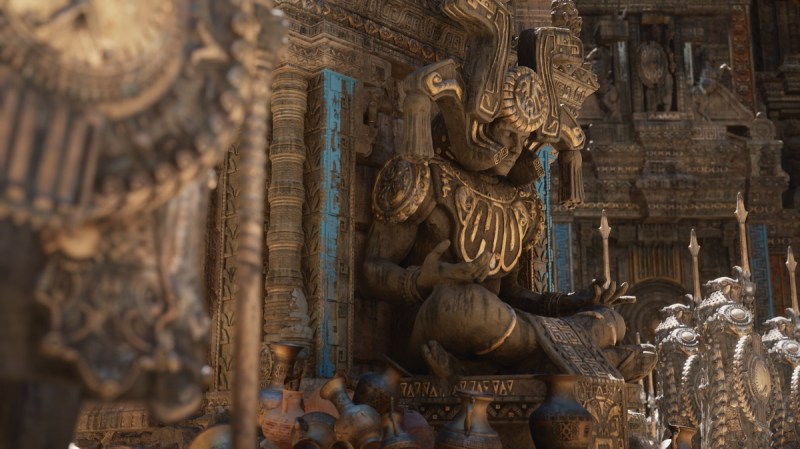 Above: Epic Games shows off intricate details amid shadowy lighting.

Some fiction (like Star Trek‘s holodeck) focused on making the metaverse photorealistic with outstanding graphics. Epic Games has been pushed its Unreal tool in that direction. But he added, “There are different threads because if you look at the leading contenders right now, none of them are photorealistic.”

Fortnite has been bringing brands into its universe in an art style that matches the game world, which is more cartoon-like. In the future, those brand assets could be automatically stylized to match the world that they’re going to be used in.

If the metaverse is open, each company will still want to own some things.

“The principle here is every creator owns their original creations and has the right to make the profit from them,” Sweeney said. “And it’s great to choose service providers they choose to work with, without being forced to accept a massive bundle of services in order to reach the customer base. We want each component of the system to stand on its own merits and not use dominance or significant market power in any space to force adoption.”

Epic owns Fortnite and the Unreal Engine, which anyone can licensed. You can use that engine to create anything you want, and Epic has zero say in what you can build.