Altos Ventures led the round in the Kansas City, Missouri-based startup, which has built a platform for staging esports leagues, tournaments and other events. FJ Labs also invested.

While esports has been disrupted by the pandemic, which has stopped all physical competitions, the online events continue. And I’m bullish on how school esports leagues can change the culture of learning in schools. No longer to the stereotypes of jocks and nerds divide students, as just about everybody plays and loves games. And the nerds are quite competitive against the jocks in this kind of competition. So the esports leagues are a cultural equalizer that helps everybody feel like they belong in a group at school.

And for esports, this is important in creating a pipeline of minor league talent for the college and pro esports leagues.

Sponsors Asus, Intel, and the Army National Guard have additionally pledged to support Generation Esports and its leagues in 2021 and beyond. The company has partnered with 3,400 schools. The company started as High School Esports League, but now it has expanded beyond that.

Mason Mullenioux, the CEO of Generation Esports, said in a statement that the additional resources will allow high school and middle school esports leagues to expand their respective scholastic programs that more than 140,000 student members in 50 states have enjoyed over the last nine years. 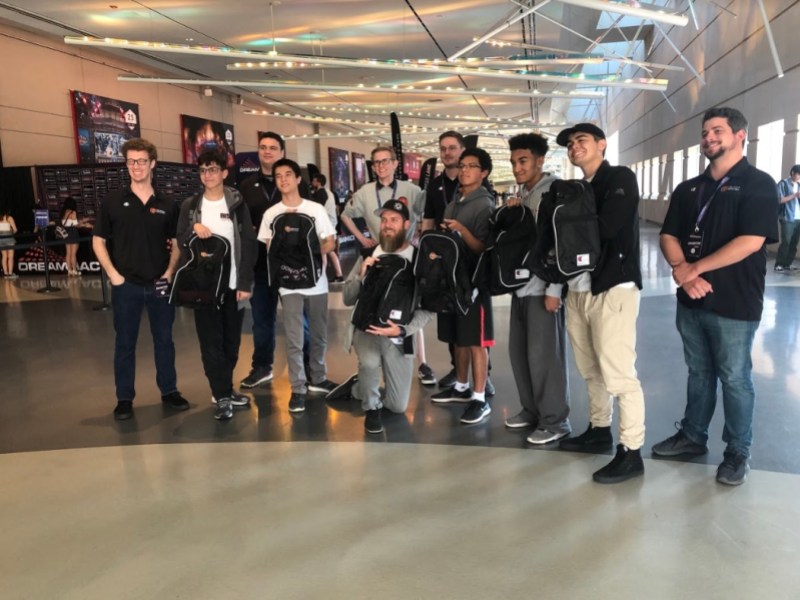 He said that the company is dedicated to being an entry point for young gamers to pursue a career in the professional tech or game industry by instilling values which include fair play, inclusivity, and respect.

In the last twelve-months, Generation Esports has partnered with organizations to lower the barrier for student competitors to engage in esports. Past and present partners include the Army National Guard, ASUS, Aim Lab, Intel, the National Junior College Athletic Association Esports (NJCAAE), Ubisoft, the Varsity Esports Foundation (VEF), Zaxby’s, and others.

In 2021, GenE has expanded its foothold in the space with the HSEL Roadshow, a three-month tour across the United States. It outfited 25 high schools with esports labs, the upcoming “Intel Winners Circle Tournament” in June, and the launch of the new Parks & Recreation Esports League later this year.

Generation Esports sees considerable market potential for esports adoption in North American schools, as there are roughly 7 million student athletes in the country. With 42 million gamers under the age of 18 in North America, school-level esports has considerable growth potential as an extracurricular activity with perceptible benefits for students.

Where implemented, the Microsoft-backed HSEL Gaming Concepts curriculum (a course which teaches college-and-career-ready skills and social-emotional learning (SEL) through the lens of video games and esports) saw an average of 1.4 points of GPA improvement and 95% or better attendance among high school students. There is strong evidence for the positive impact video games and organized esports can have on students’ lives, in an academic setting and for life beyond the classroom, the company said.

The company has 59 employees and it has raised $11 million. Rivals include PlayVS.