Apple said today that the privacy changes to its Identifier for Advertisers (IDFA) in iOS 14 are coming during the week of April 26 with its next operating system software release.

The changes are built into iOS 14.5, and they could have either an apocalyptic effect on mobile gaming … or simply be something that the industry will adapt to over time. The iPhone maker describes its IDFA changes as App Tracking Transparency, and they are intended to give users the option of not sharing their personal data.

With the new version of iOS, every app has to ask you upfront whether it’s OK to share your data with third parties. If you opt out, then advertisers will lose access to IDFA data and their ability to track you when you download games or make in-app purchases. Before this change, advertisers could freely track your mobile habits and precisely target you with offers that could generate a lot of revenue for the advertiser, whether it was a mobile game company or a travel app maker.

Apple insists it is doing this for privacy reasons. The opt-in rates are estimated to be low, perhaps around 20% or 40%, depending on various polls. Apple’s plan was to enhance privacy, but it caused apocalyptic fears among the likes of Facebook, mobile marketers, brands, and customers such as game developers. The fear is this change could stall a period of historic growth for games during the pandemic and force players to make purchases that they can’t afford right now. Apple did this without widespread consultation with the industry. The company did not respond to a request for comment.

Apple’s Craig Federighi criticized the adtech industry for its self-serving stance in a speech to European lawmakers and privacy regulators in December. He said opponents of the changes have made outlandish claims and that their real interest is in eroding the right to privacy.

“They gather, sell, and hoard as much of your personal information as they can,” he said. “The result is a data-industrial complex, where shadowy actors work to infiltrate the most intimate parts of your life and exploit whatever they can find — whether to sell you something, to radicalize your views, or worse.”

However, the game industry has also been worried about the changes, and the lack of information and advance preparation for their impact led Apple to delay enforcement from September until this spring. Some observers see the move as an attempt to grab back revenues Apple has lost to companies such as Facebook and Google. As such, IDFA has triggered a battle between the tech giants.

Facebook criticized Apple’s position on the IDFA, saying the loss of personalized ads could hurt developer revenues by 50%, in a rare but increasingly common sign of disagreement between the tech giants. During the pandemic, both of these problems — falling developer revenue and consumers not getting as much for free — couldn’t come at a worse time. 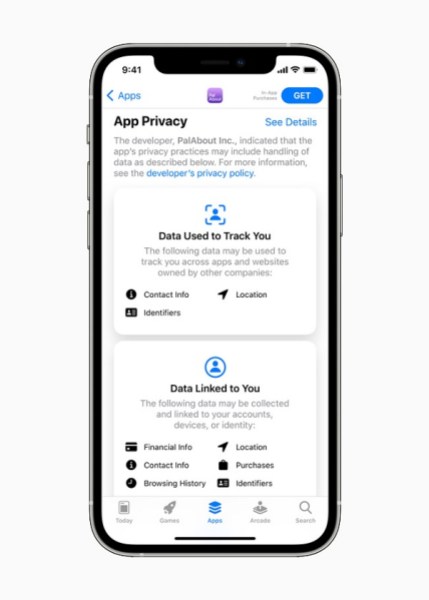 The iOS 14 update will require the industry to adopt the App Tracking Transparency framework (ATT), which requires the industry to be transparent about disclosing tracking to users. Apple is offering its  SKAdNetwork, which has more primitive tracking measures involving limited tracking in a 24-hour window that’s not in real time, as a substitute.

How much will this cost game devs? Based on numbers shared in the Apple-Epic antitrust lawsuit, the developer share of iPhone revenues last year was $38.7 billion. Some leaders have said the changes could cut revenues by 40%. If you take that down by 40% because mobile marketing is no longer effective, that’s a loss of $15.5 billion. Apple’s own cut will go down by $6.6 billion. But that may be worth it to Apple if consumers trust it more than other brands.

In the smartphone era, mobile ads have been more precise than in previous advertising eras. You can target an individual user with an ad based on that user’s history. If the user takes an action, like downloading an app or paying for something inside one, then the ad worked. The advertiser gets paid. If it didn’t work, the advertiser isn’t paid. That’s called performance advertising. With the change that Apple is proposing, we’re leaving performance advertising behind and going back to the world of Nielsen and brand advertising.

Eric Seufert, the founder of Mobile Dev Memo, said in an interview that he believes that certain kinds of games could suffer, such as strategy, where it’s very important to find and target the rare hardcore gamers who will spend money. But it also means that new kinds of games could take off in the App Store, as they can be based more on fun mechanics than likelihood for good user acquisition and monetization. He also said there could be new opportunities for game companies to seize if they reposition themselves for this new world. (Seufert will hold a fireside chat with me about IDFA at our GamesBeat Summit 2021 conference on April 28-29, and Faith Price of Double Down and Dan Barnes of N3twork will talk about IDFA in a roundtable at the event on April 28). 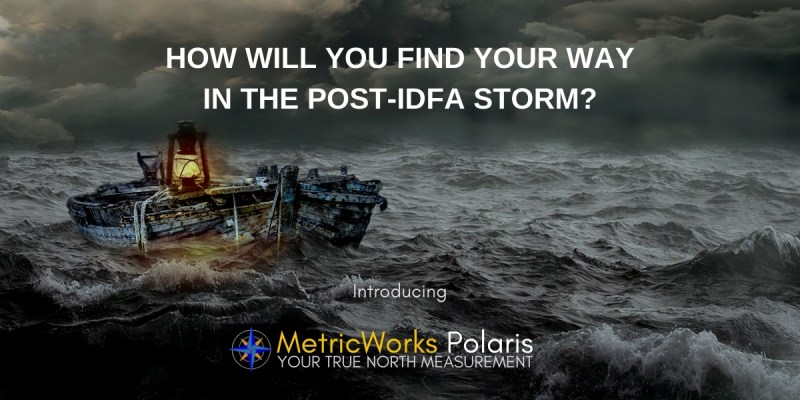 Above: MetricWorks Polaris is aimed at improving advertising in the post-IDFA world.

The result of the IDFA change is simple. Go to YouTube and log into your account. When you view a video, you will see a bunch of related videos. The recommendations will be pretty good because YouTube, which Google owns, has honed how it reads your tea leaves and your intentions and has figured out the best way to keep you engaged and clicking on more videos.

But you can go to a setting that turns off a key feature that has to do with privacy. If you turn off the feature that says “customize the video view on the basis of my history,” the relevancy changes. If you do that, YouTube can’t use your past data to serve you recommendations. You’ll start seeing random videos that are just total guesses about your interests. Instead of being targeted with videos that you’ll like, you’ll be spammed.

“Since Apple first announced its new privacy changes for iOS 14 at last year’s WWDC, the mobile advertising ecosystem has been eagerly awaiting and preparing for the official rollout,” said Ionut Ciobotaru, the chief product officer at Verve Group, in an email to GamesBeat. “Today, we learned that date will be April 26, 2021. Just how much this will impact various ad tech businesses is still unclear, but it certainly sets the stage for the future of privacy-first mobile advertising.

Nirish Parsad, marketing technologist at Tinuiti, said in an email, “There’s your catalyst to a privacy-first world. With iOS 14.5, users are now in control, it’s time to build trust, transparency and invest in the experience. It’s time to shift to a new paradigm, one built on trust and transparency. Apple’s change is a catalyst to a better ad ecosystem. If you’re collecting data, be intentional, ask for and respect preferences, deliver value by using first-party data, and invest in the user experience. As an industry, if we don’t lean in, technology, regulation, and people will continue to adopt more aggressive measures to protect their privacy.”

Brian Ko, chief commercial officer at AudienceX, said in an email, “Too much of the conversation around IDFA has been centered on what will be lost for advertisers, or what Apple is ‘taking away.’ It’s an undeniable fact that when asked to opt-in, or not, consumers typically skew towards not – according to Forrester, about 70% of iPhone users are expected to opt out. However, for those that are opting in, I expect that we’ll begin to see hyper-relevant consumer journeys.”

He added, “Part of the problem around [privacy moves] isn’t the removal of data identifiers or the prioritization of consumer privacy, it’s our collective and societal misunderstanding of identifiers, especially for ads. The implementation of these privacy-focused policies should be applauded and ultimately are allowing advertisers to create user journeys that are actually relevant to the customer, while simultaneously protecting their privacy. Our entire industry’s task, over the next several years, will be to demonstrate the immense value that opting-in provides to users. While this does force our industry to evolve, which is often hard work and why we love this industry, the result will be in the best interests of publishers, agencies, brands and consumers.”

And Brian Krebs, CEO of MetricWorks, said in an email, “We see IDFA deprecation as an inflection point where savvy mobile marketers will evaluate and adopt solutions of the future including incrementality measurement, while others will chase workarounds that will represent massive, and for some fatal business risk in the end. We expect to see some shake-up at the top of the mobile gaming heap due to short-sighted decision-making around measurement. We also expect wide adoption of incrementality measurement across the industry over the next couple of years. The early adopters will find themselves with more and more accurate data than their competitors. A subset of those will parlay that data advantage into a substantial financial lead.”