Mario Kart Tour has reached two important milestones, according to mobile market analyst Sensor Tower, racing past 200 million downloads and $200 million in lifetime revenue on both iOS and Android. 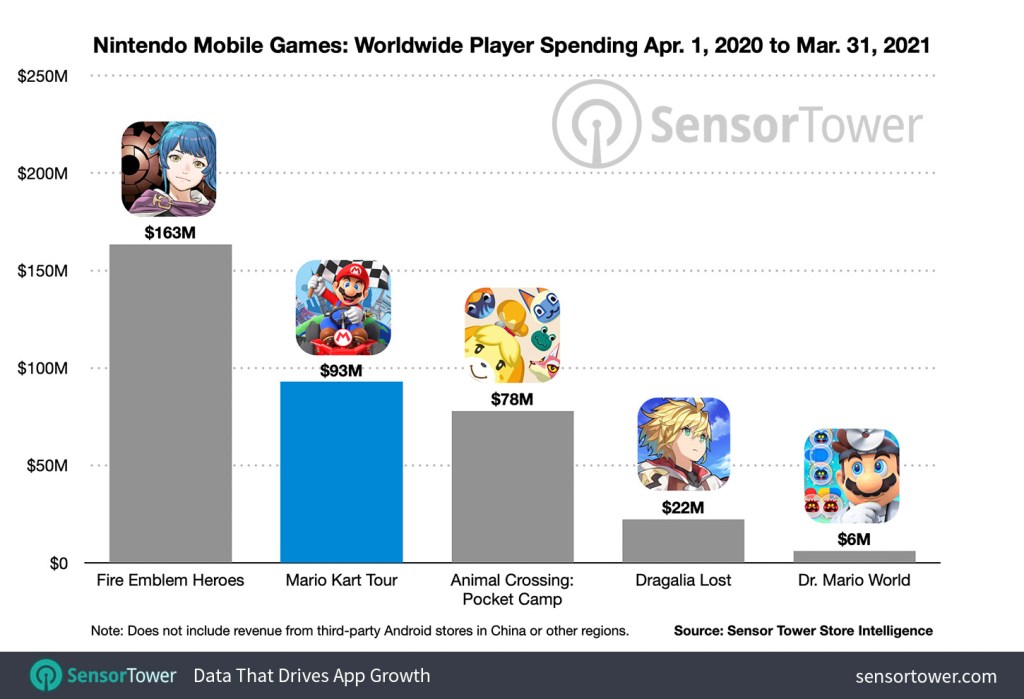 Compared to other racing mobile racing games during that same period, Mario Kart Tour was No. 4. 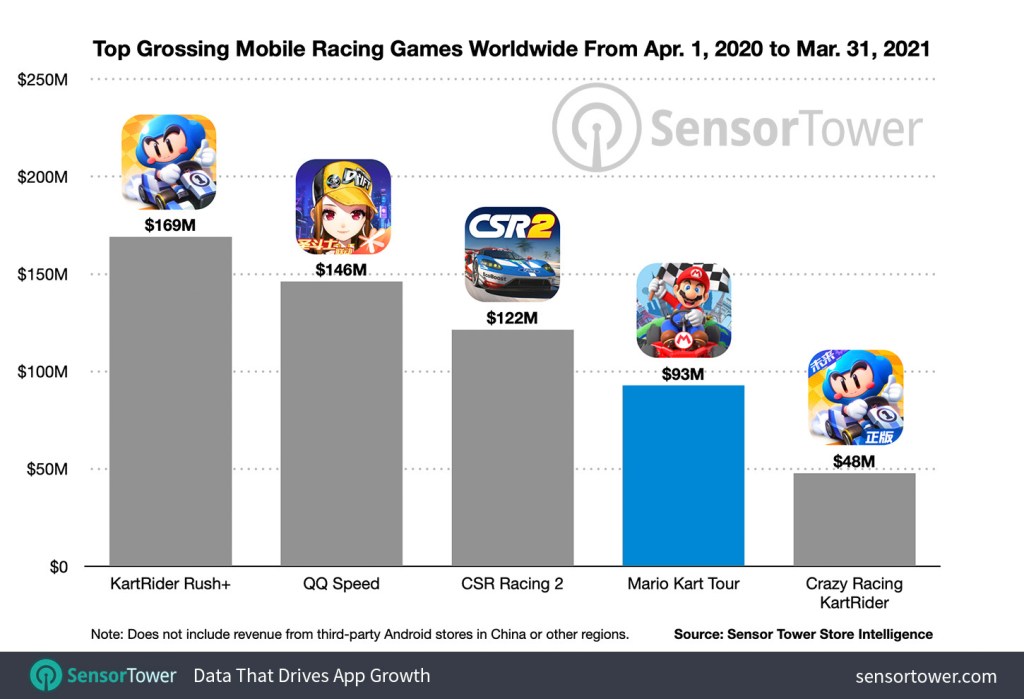 “While Mario Kart Tour has not been able to sustain the highs of its big launch, it has maintained a fairly consistent revenue stream, generating $7.7 million on average per month globally over the last year,” notes Sensor Tower.

Since the launch of Mario Kart Tour, Nintendo has become quieter on the mobile side, a business it started as it looked to diversify its portfolio after the disappointing sales of the Wii U. The massive success of the Switch has made that need less necessary.