Boréas Technologies has unveiled its NexusTouch sensing technology, which will give touch feedback in a new generation of smartphones (including those geared to gaming).

The Bromont, Quebec-based company hopes its tech will be built into new smartphones that can perform functions such as tap, swipe, and click sensations when you use controls on a smartphone.

It is a new kind of piezo sensor technology that combines gesture detection with high-definition haptic feedback. The NexusTouch tech enables designers to expand touch-based user interfaces on the sides of smartphones and gaming phones. 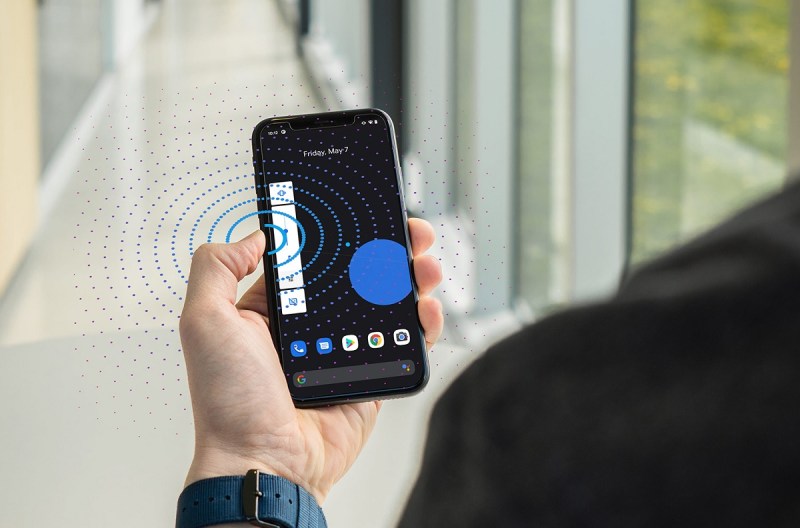 Above: NexusTouch is a haptic tech for smartphones.

CEO Simon Chaput said in a statement that the race for competitive advantage in smartphones is fierce, and making a good user interface is a vital part of that competition. He said manufacturers have tried replacing traditional buttons and switches with different sensor technologies for gesture detection. But they have not caught on in the mainstream because all lack the reassuring physical sensations of haptic feedback.

The NexusTouch promises to open new real estate for the first time on the sides of the phone to advanced gesture detection with localized haptics, Chaput said.

NexusTouch is based on the Boréas CapDrive technology, a patented, scalable high-voltage, low-power piezoelectric platform that enables high-definition (HD) haptic effects for a wide range of applications, including wearables and smartphones, automotive infotainment, and next-generation safety applications.

NexusTouch marks the introduction of gesture detection to the Boréas portfolio of user-interface technologies. The company will show NexusTouch at the virtual Display Week Symposium seminar from May 17 to May 18, presented by the Society for Information Display (SID).

Boréas was founded in 2016 , and it has 35 employees. Rivals include Sentons. The company said that its gesture sensing capabilities are similar to Sentons. However, the capability to do localized haptic on top of gesture changes the game in terms of user experience, Boréas said.

“Everybody will recognize that when you press on a surface that is supposed to act as a button, the local ‘click’ haptic is essential,” Boréas  said. “If you press with your thumb and you feel the haptic in the palm of your hand, it is strange and unpleasant. NexusTouch is the first technology to offer a solution to smartphone OEM that enables them to enhance the user experience through gesture recognition and force sensing while still meeting the basic human need of a click feeling when pressing on a virtual button. Sentons falls short on the localized haptic and unfortunately, the localized haptic is this intangible factor that makes the device feel good and desirable.”

NexusTouch is based on piezoelectric actuators instead of electromagnetic technology like LRA or ERM. Instead of using the main LRA of the phone to generate the haptic everywhere, our technology uses piezoelectric actuators installed near the location of the virtual buttons to provide haptic only where needed. Prior to NexusTouch, we focused only on a “button replacement” solution to help improve the industrial design. The general consensus from different people who tried our technology is that our haptic is the only haptic technology that really feels like a button. It is the only technology meeting that requirement for a pleasurable interaction with controls on the side of your phone.

The technology could be used in any device that requires a smart surface with gesture, force and localized haptic, Boréas said.