Bad Robot Games, the game division of JJ Abrams’ Bad Robot entertainment company, has raised more than $40 million to build games that are “as compelling to watch as they are to play.”

Galaxy Interactive led the round, with participation from existing investors Horizons Ventures, Iconiq Capital, and Tencent. The financing follows the formation of its internal development team, Bad Robot Games Studio, and the hiring of CEO Anna Sweet in early 2020.

Sweet said in a statement that it’s good to have the support from the VCs as the company looks to change the way people interact with and view video games. She said the funding will help the company build out both the studio and co-development sides of its operation. It will also support them creating games that cross platforms and mediums and are based on intellectual property originating from both games and linear content.

Bad Robot Games’ first internally developed title will be an original triple-A game, the company said. As with the company’s other projects, the studio will develop this game in collaboration with Bad Robot’s film, TV, and animation departments, as well as tap into its network of artists and creatives. More details will come later. 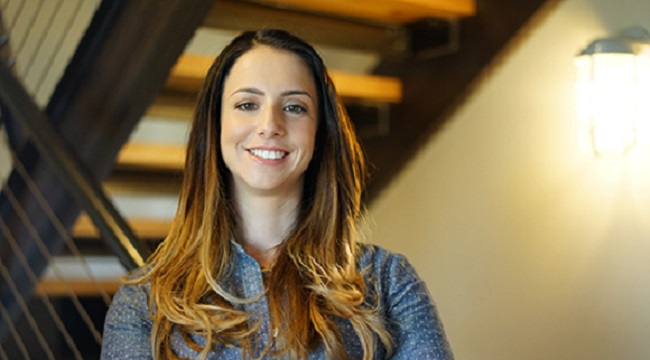 Above: Anna Sweet is CEO of Bad Robot Games.

Sam Englebardt and Richard Kim, Galaxy Interactive’s managing partners, zero in on the intersection of content and finance, with a particular focus on video games and game studios, social platforms and marketplaces, and blockchain and other Web3 and infrastructure technologies powering the interactive sector.

Sweet has recruited Michael Booth as general manager of the games studio; Joe Rumsey as technical director; and Oneil Howell as senior level designer. Rumsey is a 25-year veteran who spent four years as a software engineer at Facebook. Howell has worked at Oculus in its research and development division, and he worked on Just Cause 3 and Just Cause 4 at Avalanche Studios.

Bad Robot has raised more than $50 million to date and it has 20 employees. The company is hiring. Bad Robot was formed by filmmaker J.J. Abrams in 2001. The company has produced television series such as Alias, Lost, Fringe, Person of Interest, Castle Rock, Westworld, Lovecraft Country, and Little Voice. It has also helped make feature films such as Super 8, Star Wars: The Force Awakens and Star Wars: Rise of Skywalker, the Star Trek, Mission: Impossible and Cloverfield franchises; and interactive content including the mobile app Action Movie FX.

Bad Robot Games is based in Santa Monica, California, but Sweet said in an email to GamesBeat that the company is remote-friendly. The studio is working on a triple-A game for the PC and console platforms. As for choosing these investors, the company said it is leaning into relationships that previously existed and finding forward-looking investors who are very knowledgeable about the games industry.