In the wake of the pandemic, retailers need all the help they can get. Electric Gamebox has raised $11 million to revive retail locations with immersive gaming pods.

Philian led the funding round, with participation from Brookfield Asset Management (through its Retail Revitalization program), Index Ventures, and ActivumSG. The money will support the company’s expansion in the U.S. and United Kingdom; the company wants to build 100 new locations over the next two years and 1,000-plus locations by 2026.

Brookfield will make use of its real estate portfolio to bring Electric Gamebox to its retail locations and position them as the destination of choice for consumers seeking entertainment, hospitality, and retail. Over the next year, Electric Gamebox will be opening locations at Oakbrook Center in Chicago; The Woodlands Mall in Houston; Fashion Place in Salt Lake City; Victoria Gardens in Los Angeles/San Bernardino; and Ballston Quarter in Arlington, Virginia. 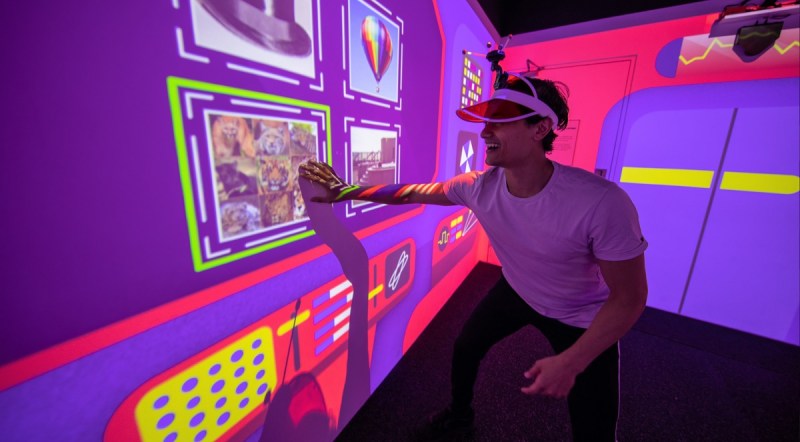 CEO Will Dean and chief financial officer David Spindler, who both  created the obstacle race franchise Tough Mudder, founded Electric Gamebox to create immersive social games powered by top-class technology and to bring people together through shared play. They felt that, too often, new technologies that claim to bring people together have resulted in fostering division. Electric Gamebox started from the perspective of creating a genuinely social experience, where the content could be updated frequently, bringing people back again and again.

“We were looking at existing location-based entertainment,” Spindler said in an interview with GamesBeat. “You had experiences that were quite social and fun, but very hard to repeat, because things like escape rooms have a problem to solve and once you’ve solved it, you don’t go back. We wanted a way to change the content. Meanwhile, VR experiences didn’t seem like they were super social, as you interact through the game but can’t have that face-to-face interaction. We wanted a genuine social experience.”

Electric Gamebox delivers hyper-immersive games in interactive digital smart rooms the company calls “Gamebox” gaming pods. The Gameboxes — which can host two-to-six players for experiences lasting between 15 and 60 minutes — feature a range of technologies such as projection mapping, touchscreens, patent-pending lidar sensing, and 3D motion tracking as well as surround sound, all without the need for headsets.

Each pod measures about 11 feet-by-11 feet. Projectors above you can paint images on the walls. Cameras in the ceiling track your body location, through tracking balls in the visors you wear during the game. A lidar sensor tracks your movements and detects whether you’ve touched something. The rooms are generally targeted at those eight years old and up.

“It’s about creating a hyper engaging experience. We don’t go for it being hyper realistic,” Spindler said. “If it’s a tennis game, we want you to be hyper engaged with the game of tennis, but you’re probably not going to think you’re on a court at Wimbledon.”

The experience is part of a new genre of group entertainment where teams are put through a series of different games and challenges that can only be successfully completed through collaboration. Electric Gamebox currently has six games designed by the company’s in-house studio, with plans to release nine additional games in 2021. The company’s content library drives high satisfaction (with a net promoter score of 80% approval) and strong repeat rates (20%).

The company plans to release new games monthly, so groups can return to the experience and take on fresh challenges each time they visit. 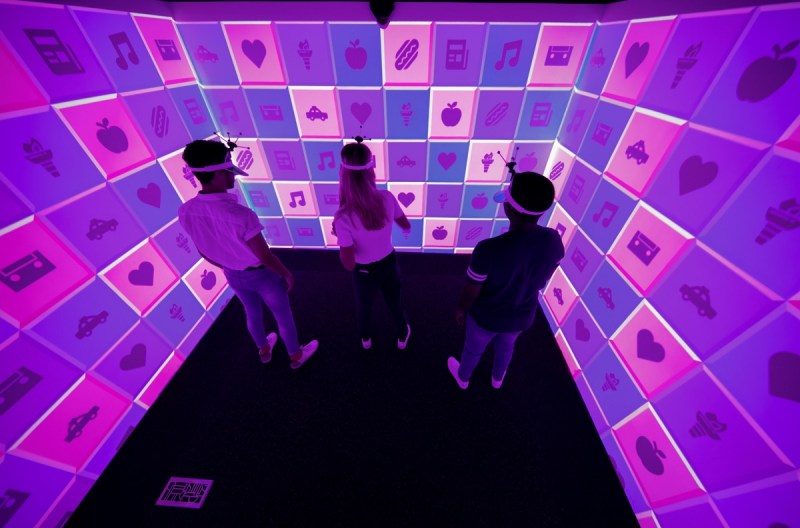 Spindler said it wasn’t easy to manage the business during the pandemic, but the company has continued to operate and is expanding again.

Electric Gamebox started in central London in October 2019, and now it has locations in Essex and Manchester in the U.K. as well as Dallas. The Dallas venue has seen huge success since it opened in December 2020, despite COVID-19. It has served more than 10,000 customers. Electric Gamebox claims to deliver a COVID-safe experience, with each booking occurring in a private Gamebox, full sanitization between groups, and staggering arrival times to limit customer group interactions, the company said.

“This means you can have a pretty private experience,” Spindler said.

“We expect to have some announcement to make in the not too distant future there about locations within stores,” Spindler said.

Investor Brookfield, a retail operator, knows retail experiences are changing post-pandemic and stores need a way to pull people in. “We benefit stores, as people may go to our experience and afterwards may get dinner or grab coffee or whatever,” Spindler said. “So their existing tenants benefit too.”