Kena: Bridge of Spirits stood out to me when Sony showed this independent action-adventure title ahead of the PlayStation 5’s launch. The game and its magical fantasy setting look beautiful, with a kind of visual quality that you’d expect more from a big budget project, not an indie title like this.

The game is coming out for PlayStation 5, PlayStation 4, and PC on August 24. OK, it’s not Zelda, but it has a bit of that fantasy adventure flavor that’ll be recognizable to fans of that series or other games in that style like Beyond Good & Evil.

I played the PC version of Kena thanks to a remote demo via Parsec. The actual gameplay may be just as exciting as the visuals.

Kena is fun to look out at. It is colorful and can sometimes feel like playing a 3D animated film. Sure, other games have achieved that feel, like the just-released Ratchet & Clank: Rift Apart. And I’m not saying that Kena is quite on that level, but the game is impressive considering its smaller team.

In combat, you attack enemies with a magic staff that can also turn into a bow. The Rot, however, make things interesting. These are little creatures that follow you around and can help you in combat. While fighting, you can build up a meter that you can use to have the Rot do different commands. They can bind an enemy, for example, giving you an opportunity to land a powerful attack. They can also activate a nearby plant, giving you a chance to heal yourself during combat. 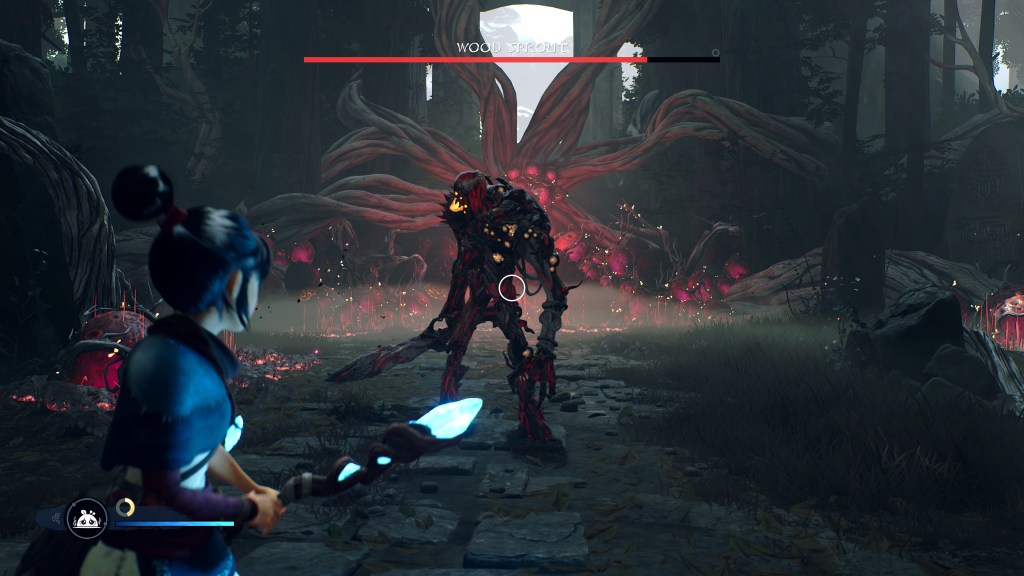 You can also use the Rot outside of combat. While traveling, you’ll come across puzzles that your little friends can help you solve. You can order them to pick up a block and move it somewhere else, which gives Kena a bit of a delightful Pikmin vibe.

Look, I just love the Rot. The name may make them sound gross, but they’re adorable little sprites. Oh, and you can collect hats in  and then equip them on each Rot sprite. I need all of these hats. I must assemble the perfect army of hat-savvy forest sprites.

Later in my demo, I unlocked a bow. Well, it was still technically my staff, but I could use it like a bow. Magic! Yes, having a bow in these kinds of games is almost required, but I appreciated the robust training area the game gave me the option to explore after unlocking this new ability. I was able to practice on various targets to help me become accustomed to the weapon. 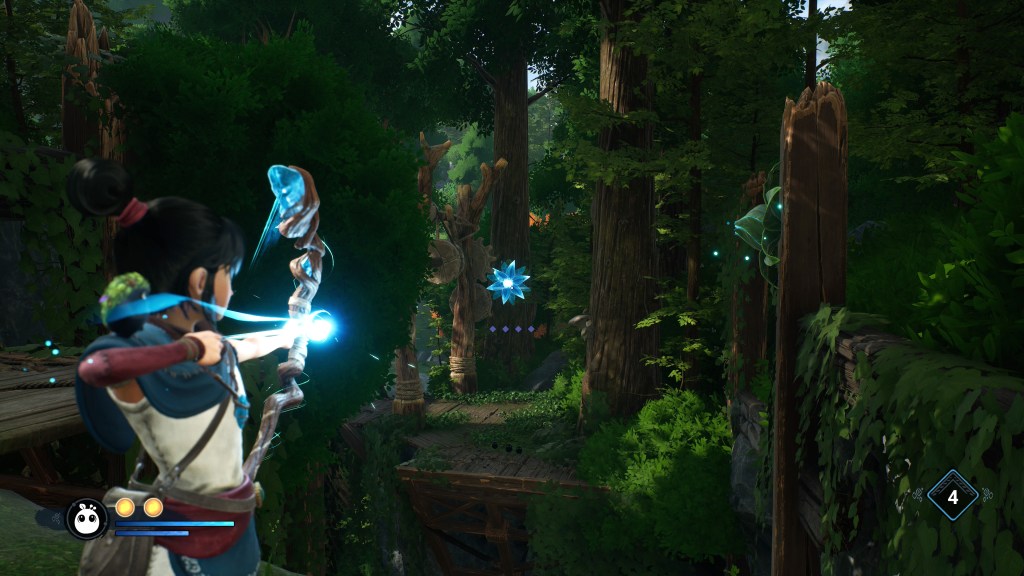 Above: It’s not an action adventure game without a bow.

Kena is friendly and welcoming. It’s new, but its clear inspirations from Zelda and other action-adventure games make it feel comfortably familiar. And then you have those adorable Rot to give the experience a bit of a twist.

If you look at Kena, you should already know if you’re interested. It is the magic adventure that the trailers sell it as. Kena is as good as it looks.