Intellivision Entertainment CEO Tommy Tallarico made his pitch to gamers today to own the couch when it comes to retro console gaming, talking about the Intellivision Amico console in a speech at the online-only Electronic Entertainment Expo (E3) today.

The focus is “that friendship, that multiplayer, that couch co-op experience,” he said.

The Amico has a Qualcomm Snapdragon processor, and its focus will be to enable multiplayer games that you can play with your friends in the same room, on the couch, like Tallarico used to do when he was young. The curvy, wedge-like console’s design is supposed to be friendly and accessible. They intend for the console to be something you can use right off the bat, and it isn’t aimed at the more limited audience of hardcore gamers. He thinks this is complementary to other consoles, and so he doesn’t view others as competition.

It’s not about screaming graphics, but having a good time with fun, simple, casual games that you can play with your friends. 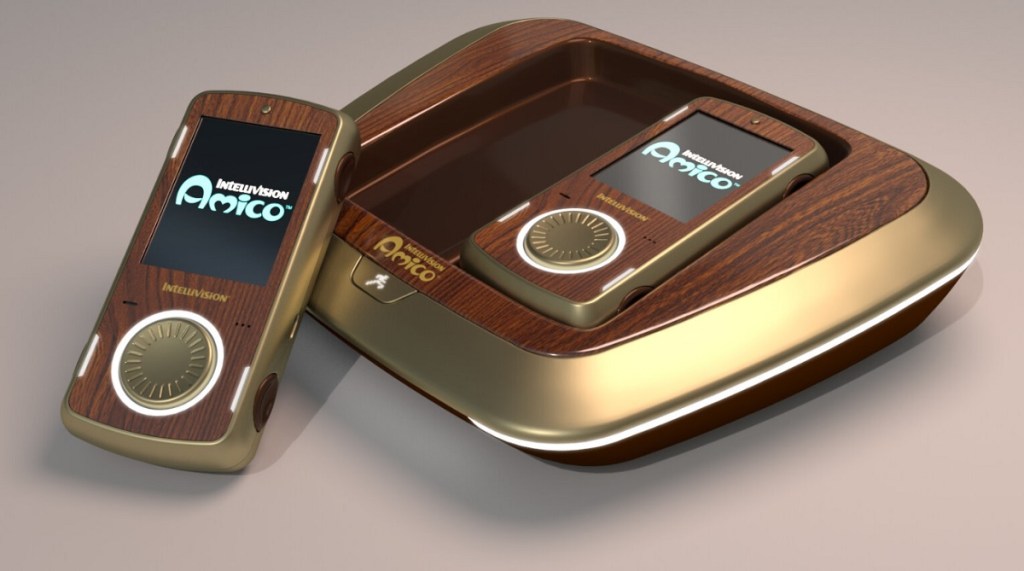 Amico is the Italian word for “friend,” and October 10 is the birthday of Tallarico’s sister. “My mother is very proud,” Tallarico said.

Above: Intellivision has a network of retailers who will sell the Amico.

The machine has 40 independently controlled LEDs on the console base and 12 LEDs on each console controller, for a total of 64, product development director Todd Linthicum said. That provides for an endless amount of expression through lighting.

Some games will correlate colors on the controller’s lights with gameplay. The console’s wedge shape enables you to see the lights from all angles, and you can adjust the brightness of the LEDs or turn them off. The controllers can charge in 2 hours, and batteries last 4-6 hours.

The controllers have color capacitive touchscreens, gyroscopes, force feedback, speakers, microphones, and wireless contact charging. Two controllers nest inside the console base, which enables them to charge. You can also charge a controller with a USB-C cable. The controllers have four shoulder buttons and a touch wheel with a button. A Home button lets you pause or exit a game easily. The controller can be moved in 64 directions and the controller screen has touch sensitivity. If you take a controller to a friend’s house, you can play all the games that you own on your console on your friend’s machine.

The Amico has an HDMI out port, a USB-C connector, a power connection, and a microSD expansion slot for more memory. You can store up to 50 games on the device. Radio frequency identification (RFID) connectivity offers a new way to unlock features in games or to interact with the console. You can simply take an object like a gift card and tap it on the console to unlock something. Intellivision will talk more about boxed games later. There are no loot boxes or in-app ads. But there are online leaderboards where you can check your score against others. 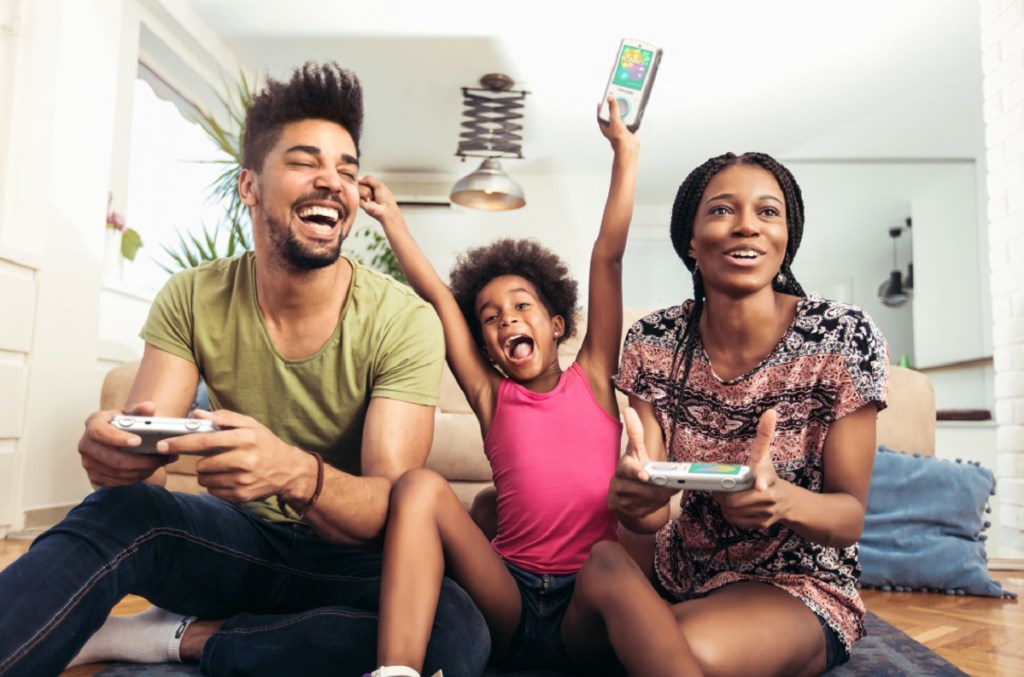 Above: Intellivision is targeting the Amico at families for couch play.

Tallarico mentioned some of the games that will be coming for the Amico.

The brands making games for the Amico include Hot Wheels and the Harlem Globetrotters, and there will be games based on charades, soccer, pool, card games, skiing, and more.

And he said the original Ecco the Dolphin team to create a new game called Dolphin Quest.