Lingokids has raised $40 million in funding for its educational games platform. And the company said it now reaches more than 30 million families worldwide with its mobile apps.

The company targets its “playlearning” app at children 2-8 as it tries to expand their vocabulary, improve their literacy skills, and develop important 21st-century skills in a fun, safe environment.

Lingokids also invites families to take part in their kids’ playlearning journey through exciting play-together activities. All told, the company’s apps have more than 600 learning activities and songs. The games teach an array of topics and everyday language, as well as 21st-century skills like creativity, communication, collaboration, and critical thinking.

The apps feature fun, unique characters, developed by Guillermo García-Carsí (creator of the famous cartoon Pocoyó) and his team. Featuring both original and Oxford University Press content, the Lingokids curriculum has been specially crafted by the company’s educational board with experts in early language learning from companies like LeapFrog, Hasbro, Disney, and Nickelodeon.

Lingokids has received accolades from programs like PTPA, Mom’s Choice Awards, Product Hackers Awards, enlightED, and Educational App Store. Lingokids was also named one of the Top Startups in 2020 by LinkedIn. The platform is certified by the KidSafe Seal Program and offers a kid-safe environment that is ad-free.

Above: Lingokids has been growing fast. It now reaches 30 million families.

Launched in 2016, the San Francisco-based Lingokids has created its “playlearning” app, and most of its developers are in Madrid, Spain. Lingokids is dedicated to supporting parents in their child’s learning journey, giving them a parents portal featuring each child’s progress with weekly reports, curriculum overviews, activity timeline, as well as advice and tips for parents’ everyday lives through its Parents Community.

“I was just coming out from an exit, and my sister asked me to help my niece learn English,” Viedma said. “I was something of a gamer with a computer science background. I had always wanted to do games at some point in my life. So I started building some games for my 2-year-old niece.”

Viedma wanted to get away from passive video experiences. His games worked, and the business snowballed. He formed a company and started making games that he thought were fun. They had real gameplay elements, and then added ecuational elements. They now range from puzzles to endless runner games. The biggest market today is the U.S., where 60% of the families are based. Mexico and Brazil are also large markets.

The third institutional funding round was led by an undisclosed investor, with participation from GP Bullhound and existing investors HV Capital and Ravensburger, among others. The funding will be used for further international expansion, development of new and engaging forms of content for kids, as well as global hiring, especially for the platform engineering and development teams. Lingokids has raised $65 million to date, reaching positive earnings before interest, taxes, depreciation, and amortization (EBITDA) in 2020.

Cristóbal Viedma, the CEO and founder of Lingokids, said in an interview with GamesBeat that its goal is to help parents and caretakers raise their kids and break down educational barriers. He said the company provides quality education options that parents can trust and these are more important than ever.

During the pandemic, more than 65% of households with children reported the use of online learning, and 68% of parents said they now rely on early learning apps to supplement their children’s education, according to the U.S. Census. As a trusted resource for educational and interactive content, Lingokids tripled its number of users since the beginning of the pandemic, and is poised to transform the early education market. 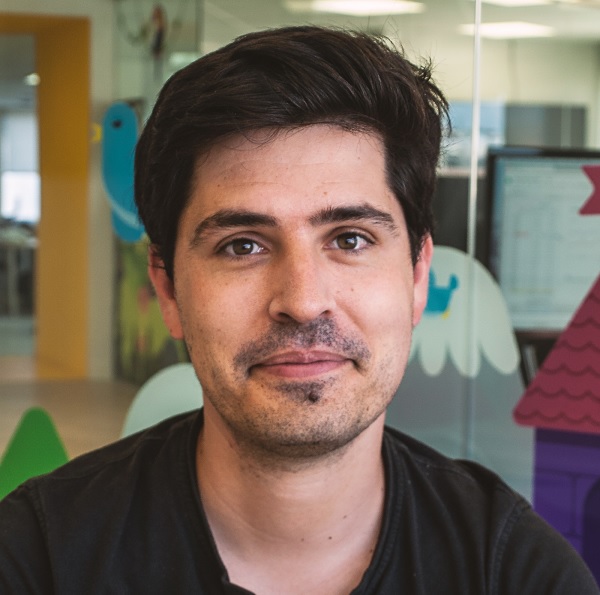 Above: Cristóbal Viedma is the CEO and founder of Lingokids

With this new funding, Lingokids will rapidly increase its international growth. In addition, it will expand its offerings related to science technology engineering and math (STEM), and the learning of skills that many kids missed out on during the past school year like emotional intelligence, empathy, and critical thinking. Lingokids will also develop new audio content in audiobooks and audio-exercises, focusing on topics related to mental health, mindfulness, and meditation.

“We’re doing early childhood education for kids ages two to eight years old, teaching them all the basics like language, literacy, reading, writing, mathematics, logic, and programming,” Viedma said. “A billion kids are accessing digital content. But while there are lots of companies in the industry, we are different.”

The company targets families, with the customer being the parent rather than schools. It creates original content that creates playful interactive experiences for kids. And it reaches those kids through mobile apps.

“We are a trusted brand that people learn about when they are looking for kids-safe learning,” Viedma said.

Lingokids plans to hire an additional 60 people around the world this year, adding to its team of close to 100. The latest additions to Lingokids include Vladimir Klimov as director of content strategy and Tiago Pregueiro, former product director at Cabify, as vice president of product. 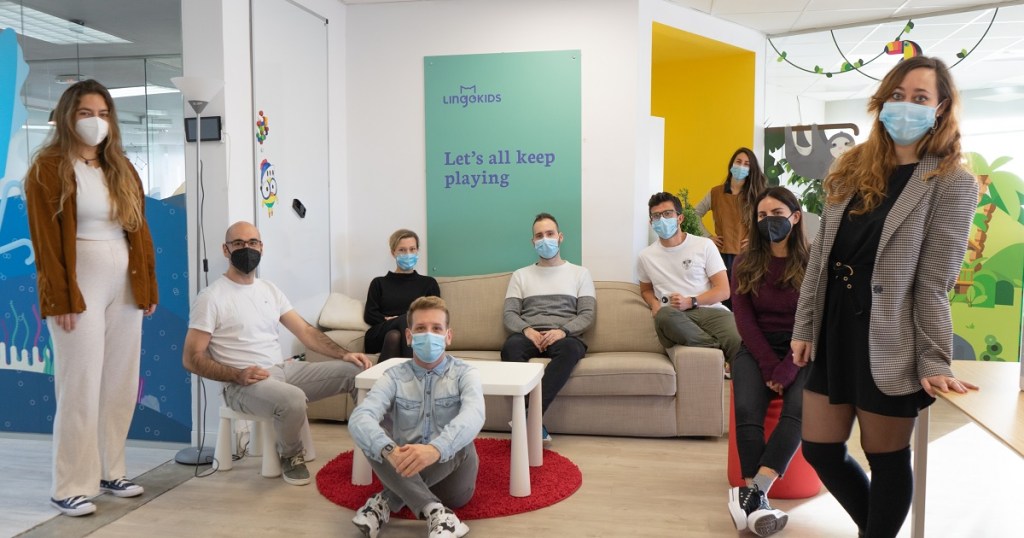 The company’s partners include Save the Children, UNICEF, UNHCR and American Red Cross. The company has been approached multiple times by companies that want to license brands to it or buy it, but Viedma said the company wants to invest in its own learning games and brands.

“The long-term vision of the company is building this iconic brand for early childhood education,” he said. “Some experiences are multiplayer, as we think learning can be a social experience.”