Binary is back in the video game industry — not for coding, but for development strategy, with the focus being on super-hits or indie games, with not much in between. Launch the stores or subscription services on any of your consoles right now, and you’ll find the latest menu of triple-A fare gracing the homepage or independent critical darlings that have found their niche audience, but not much in between. An industry that pulled in nearly $140 billion in 2020 alone has neglected one of its most substantial markets: the middle.

A swell of middle market games often follows a new console launch, and now we are at the beginning of a new wave which represents a $42 billion opportunity. (For the purpose of my thesis here, I am referring to games that cost $9-$35.) From 2008 to 2012, iOS went mainstream, and tentpole triple-A games ruled the roost. Meanwhile, the “niche” middle market vanished from the retail shelf as direct downloads on consoles and Steam took root. Since 2012, free-to-play emerged on mobile with the “niche” or “genre” titles that used to comprise the middle market, and the development of HD games became exceedingly expensive.

The huge games audience has established diverse tastes as evidenced by the success of Steam and the introduction of the Epic Games Store. The larger publishers do not see a enough shareholder return to justify the lower budgets and eventually revenues, even when a title is a success. Indies can’t afford to lose focus on their own primary platform, and often lack sufficient capital, know-how, and experience shipping to know how to make the necessary investment needed to successfully publish their title. 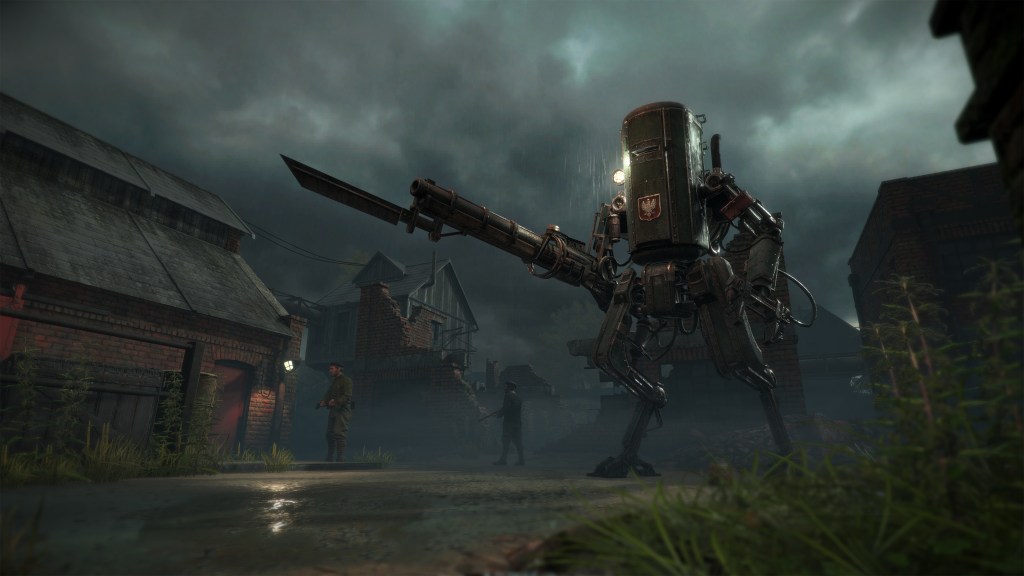 Above: Mechs need bayonets, too, in Iron Harvest, one of Deep Silver’s double-A games.

Who will succeed in this category? We already have proof that the mid-market can be very successful, with the likes of Devolver, Maximum, Deep Silver, THQ Nordic, Jagex, etc. The better question might be what development strategy will drive outsized success — and I believe the answer is crossplay titles. Among Us is a great example of games with mid-tier pricing, enhanced by cross-play.

Not only does the middle market constitute the most rational place to invest from a strategic standpoint, but it also represents one of the most creatively fertile landscapes in the industry. Oftentimes, mid-market development teams are smaller, with 20-40 strong employees, working with budgets that amount to only a fraction of the budget of a triple-A title.

Blockbuster games require a massive investment of both time and money, creating anxious publishers that need huge returns with each and every title to appease shareholder expectations. On the other end of the spectrum are indies that have little funding—and most often modest returns—with creators that prioritize art over broad (or sometimes even narrow) appeal. Between the bloated environment of the megahits and the arthouse independents, there are slews of great games waiting to be made … and played, right in the middle.

Targeting the middle market opens up a whole new world for publishers, allowing them to focus on passionate fans of genres residing outside of the triple-A bell curve. Double-A games do not need to appeal to everyone and can instead focus specifically on dedicated audiences. By avoiding the hit-driven publishing model, a middle market publisher can make novel, distinctive and creative games while still managing consistent profits. 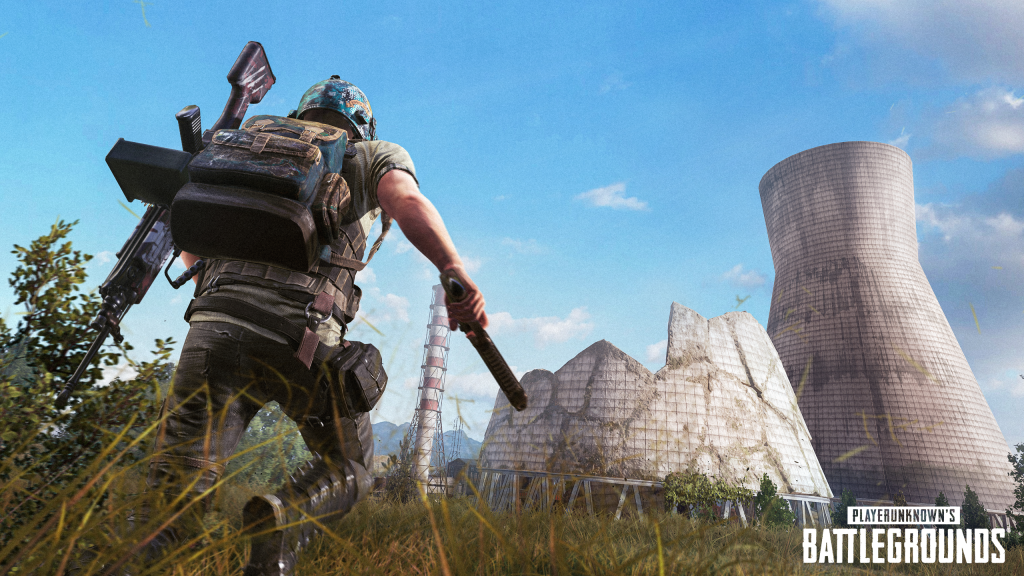 Above: PlayerUnknown’s Battlegrounds didn’t start as a game but as a mod for Arma 3.

At the same time, middle market titles can and often do become huge hits. Battle royale didn’t come from a triple-A game. Instead, it came from modders like Brendan Greene, or Dean Hall who had the creative freedom to paint outside the lines and make an engaging, compelling game without the creatively oppressive requirement of appealing to massive audiences. When authentic creativity is freed from having to drive massive financial returns, that is when the true magic often happens.

While much of what I’ve said so far has been true for years, there are two factors that make the middle market especially lucrative at this moment. First, the excitement surrounding the launch of a new console generation and the rise of PC games only exacerbates boom-or-bust publishing, leaving an even more pronounced gap between triple-A and indie games.

But more important, the emergence of crossplay technology makes it possible to uncover significantly larger audiences. The math is simple: games that allow people to play with their friends across any platform will have a larger built-in audience than those that do not. Perhaps more importantly, crossplay connectivity allows for broader, more frequent and more authentic human connections, elements that are particularly important during this period of pandemic isolation.

Based on this, it is clear that crossplay is the greatest force multiplier to come to the video game industry since the second controller.

So far, crossplay enablement has been limited to big budget titles, but its power will be even more pronounced as it enters the middle market. Multiplayer games count on substantial player bases, which triple-A games can easily generate. But for smaller games, that player base is much harder to acquire, especially when players are spread across as many as four separate platforms. By combining the player bases from all of these platforms, and implementing the crossplay technology right from the start of a title’s life cycle, far more games will reach that tipping point of sustainability and profit. 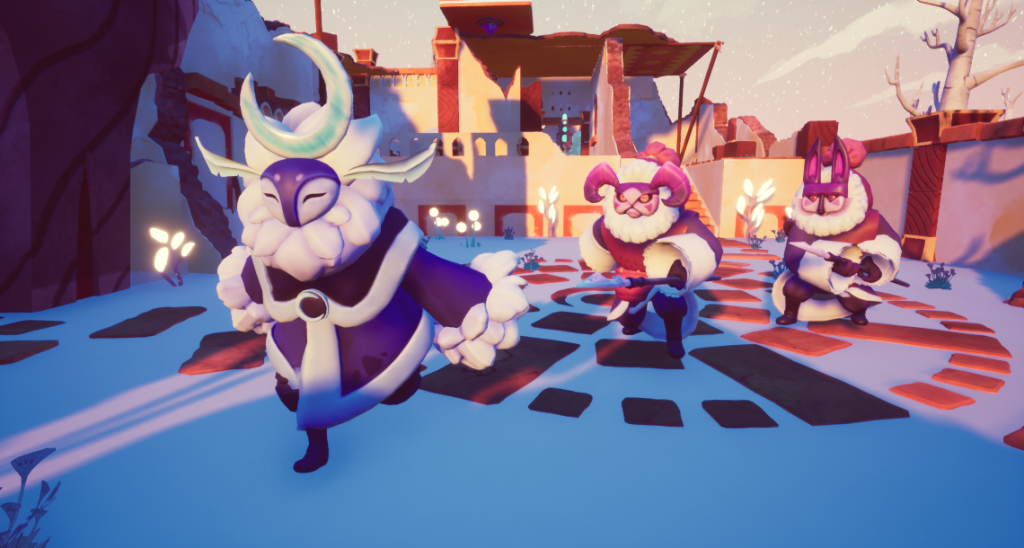 Above: Zorya is an upcoming crossplay game.

The capability to play with friends across consoles has created a real need and expectation among gamers, one that has increased user engagement and subsequently resulted in higher impact on in-game monetization. Take Epic Games: with its implementation of crossplay in Fortnite, the developer and publisher found that the average monthly revenue-per-user who crossplayed its battle royale game was 365% higher than non-crossplayers. So what does this all mean? Well, simply that more engagement with crossplay gives developers the opportunity and freedom to remain creative and continue launching new content for players to enjoy on a regular basis.

Audiences are going to look for even more personal and diverse content as we get deeper into this console generation, and the current $42 billion mid-market opportunity is only likely to grow. By offering a larger number of distinct titles, publishers targeting the middle market will be able to command the attention of triple A-level audiences while avoiding the same risks assumed by big budget developers. Add crossplay functionality into the mix, and you have the best of both worlds: creative, engaging mid-budget games attracting huge potential audiences and driving outsized financial returns.