Chinese game developer TiMi Studios Group has announced that Contra Returns will debut this summer. The official “preregistration” begins today for the run-‘n’-gun action game on iOS and Android devices.

The game is a major launch for the Shenzhen, China-based TiMi, a division of Tencent. TiMi is studios behind big games such as Call of Duty: Mobile, which has been downloaded more than 500 million times. TiMi promises to bring a fresh twist to the iconic retro arcade shooter, with enhanced HD upgrades.

Contra is a property of Konami, which focuses more on free-to-play mobile and panchiko games these days than its massive library of console brands.

The game will have new characters, storylines, and customizable weapons that unlock skills. At release, Contra Returns will have over 200 levels based on the original, five new game modes (such as One Life Mode, 1v1, and 3v3 modes), player and equipment upgrades and customization, and more. 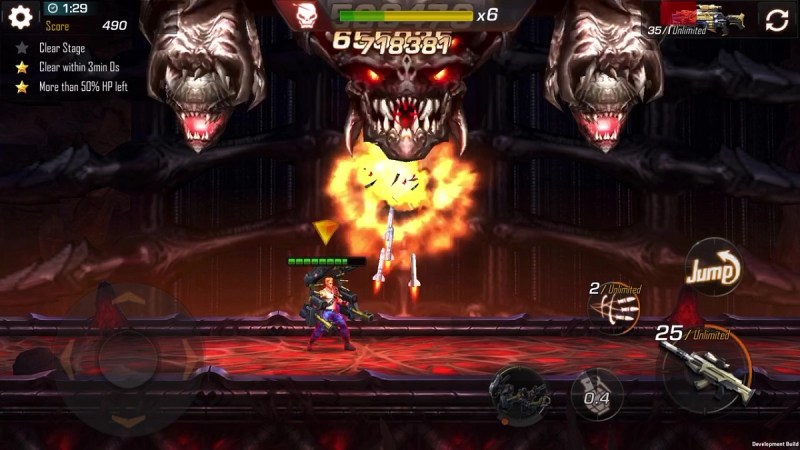 Above: Contra Returns is being developed by TiMi Studios.

Qiao Ju, director of Contra Returns at TiMi Studios Group, said in an email to GamesBeat that it’s been 30 years since Konami introduced Contra. Konami licensed the franchise to TiMi.

Ju said the company has been developing the title for multiple years and it has a team actively creating updates to the game.

Asked why Contra can work on mobile, Ju said, “Recent years have seen many breakthroughs in the graphics quality of mobile games. With more technical improvements available, mobile players these days expect to see higher quality graphics in their games. So you can see the new Contra Returns with some updates in its art design and graphical details, but overall it will stick closely to the original style and fun.” 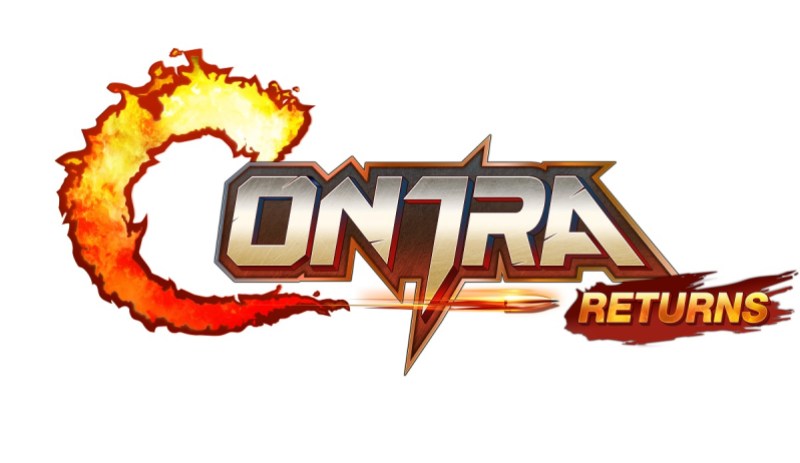 Above: Contra Returns is coming to mobile.

“We wanted to re-create that feeling of mastery on mobile,” Ju said. “And as we’ll be servicing this game, we think players would enjoy the chance to showcase their mastery of what it takes to be great at Contra with player-versus-player (PvP) gameplay to go with the beloved player-versus-environment (PvE) levels.”

TiMi has seen projects like Contra as opportunities to learn. 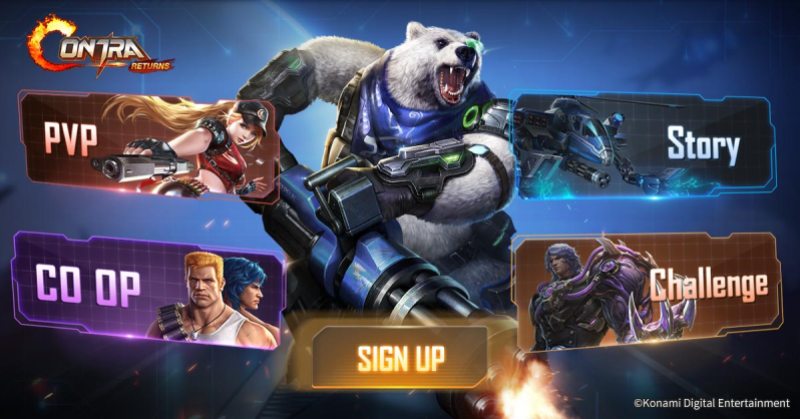 Above: Pre-registration is now open for Contra Returns.

“It’s been an important strategy for TiMi to scale established gaming [intellectual property] IP to more platforms, helping beloved franchises expand and grow with new audiences,” Ju said. “While games are created by different studios under TiMi, we see great learning opportunities to come from working across our entire organization.”

TiMi’s other big games include the aforementioned Call of Duty: Mobile, which has had more than 500 million downloads since November 2019. Honor of Kings has had more than 100 million average daily active users. Arena of Valor has over 200 million registered users and is one of the most popular mobile esports titles around the world. Originally launched in 2008, Speed Drifters kart-style racing franchise has garnered 700 million registered users over time.