Aleph.im, a cross-blockchain decentralized storage and computing network, said that video game giant Ubisoft has agreed to run a core channel node on Aleph.im, furthering the development of the decentralized network.

Aleph.im is using blockchain, the secure and transparent digital ledger, to deliver new kinds of services. But since blockchain requires a lot of computers to ensure the digital security of a stored item, it takes a network of providers to lend their computing power for that purpose. Getting Ubisoft to assist with that job is an important milestone, said Aleph.im CEO Jonathan Schemoul in an interview with GamesBeat.

Many of today’s decentralized applications and cryptocurrency protocols still run on partially centralized components in their infrastructure, and nearly 70% of Ethereum nodes run on cloud services, he said. Aleph.im aims to solve this problem by providing decentralized databases, computation, and a decentralized identification (DID) framework that allows decentralized apps (DApps) and protocols to shed centralized parts of their stack. Core channel nodes are used to support the Aleph.im network. 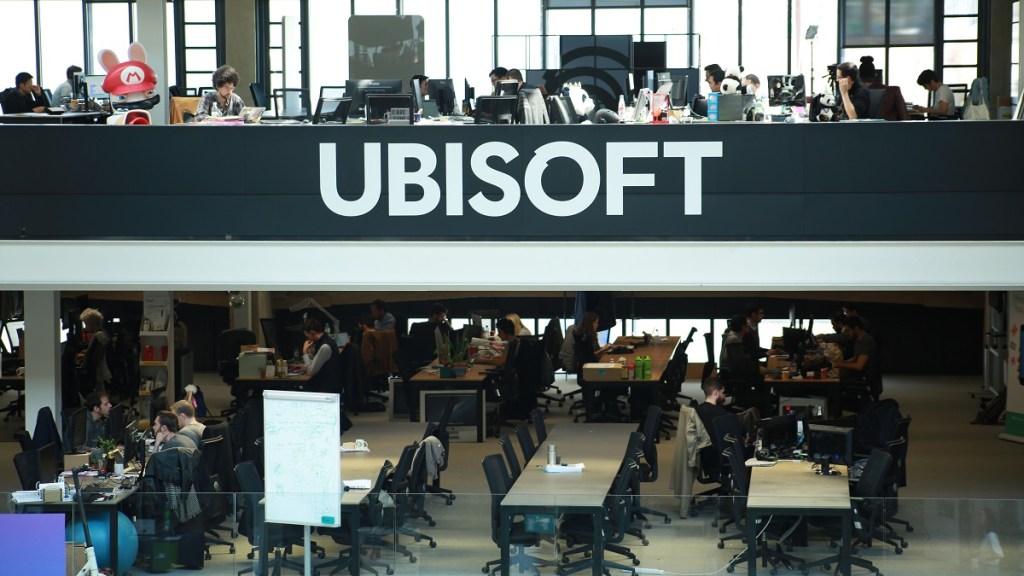 Ubisoft is an ally in part because Aleph.im is part of Ubisoft’s Paris-based Entrepreneurs Lab program, along with 10 other startups in the current 10-month program, Schemoul said.

Ubisoft is running a core channel node, UbiStrat Lab, that validates and manages the Aleph.im network. Adding this node further expands Aleph.im’s capacity and propels the network to higher levels of decentralization.

Schemoul said the mission is to make decentralized apps a reality, and it is encouraging to have such a successful business getting behind Aleph.im’s vision of creating the next generation of cloud services that will be open source and trustless.

“We will have computing clusters in which applications can be spawned at request for the user,” Schemoul said. “Let’s say for the decentralized finance ecosystem, a lot of DeFi apps have centralized backends. With our solution, they can fully decentralize it.”

The core chain and nodes serve as the controller of the network, verifying that the resource nodes are doing the job of storing data, providing commuting, and verifying how the nodes are behaving. Schemoul said that the system is environmentally sustainable as it uses “proof of stake” for validation, rather than the energy-intensive “proof of work” solutions that Ethereum and Bitcoin use.

Didier Genevois, the blockchain tech director at Ubisoft, said in a statement that Ubisoft is happy to play a part, as it believes that blockchain holds a key to the future of the videogame industry, bringing new possibilities for players and developers alike. Beyond nonfungible tokens (NFTs, which can authenticate unique digital items) themselves, the decentralized storage of the metadata appears to Ubisoft as a determining factor in fulfilling the whole promise of true ownership. In this perspective, the exploration of the services offered by the Aleph.im decentralized network is particularly promising, Genevois said.

Ubisoft has been exploring blockchain technology through its Entrepreneurs Lab program and its Strategic Innovation Lab, whose mission is to anticipate the future and to help Ubisoft get ready for it by exploring the opportunities offered by innovative technologies.

This sixth season of the program focuses on the collaboration with entrepreneurs in the blockchain and positive entertainment spaces to drive the future of entertainment.

“I’m really bullish on decentralized finance, as I think that it’s a market that that isn’t really understood,” Schemoul said. 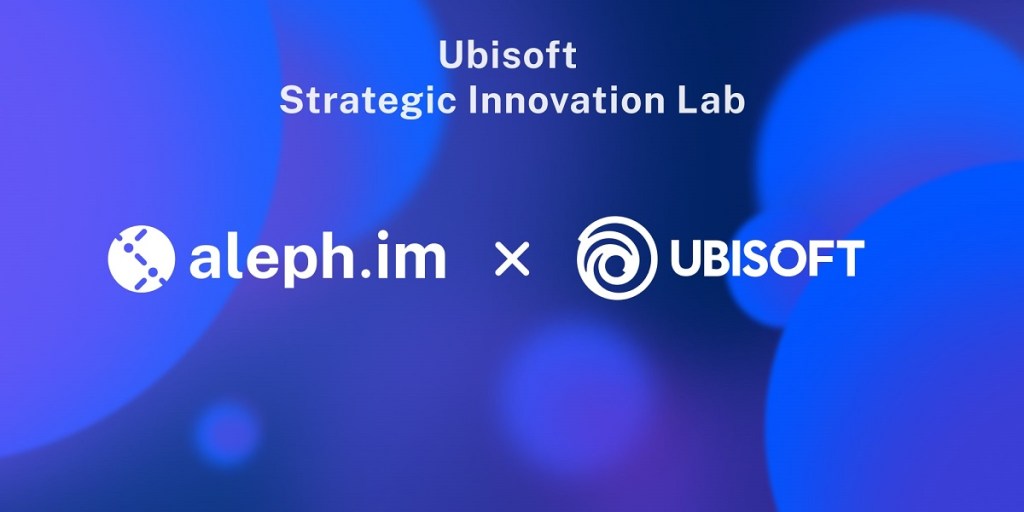 Above: Aleph.im and Ubisoft have teamed up.

Schemoul said he got into blockchain in 2010 and 2011, but sadly he didn’t buy any Bitcoin at the time.

“When I arrived in the blockchain world, I saw a lot of things being developed. It was some kind of brave new world,” he said. “That’s how I got into it, and I went down the rabbit hole.”

Aleph.im started in 2018, when Schemoul realized a missing link was needed to make big decentralized applications.

“Let’s say if you wanted to make something big like Facebook or Twitter into a decentralized application — you couldn’t do it back then,” Schemoul said. “So we started working on that at the time as it was some kind of missing link in the ecosystem. And we weren’t able to make big applications without it. So the rest of the project started like that.”

The company focused on things like centralized storage for files and databases, and decentralized computing. Schemoul said he couldn’t say exactly why Ubisoft is interested in using blockchain for games, but this isn’t the only blockchain effort that Ubisoft is supporting.

Aleph.im has about 20 employees, but not all of those are full-timers.