Riot Games said the League of Legends LCS Championship in North America will be held as an in-person esports event on August 28 and August 29 at the Prudential Center in Newark, New Jersey.

The event could breathe more life into the esports industry, which has been seeing great numbers for online-only events during the pandemic but has been missing a lot of the excitement around physical events. Market researcher Newzoo had to downgrade its revenue expectations for esports in 2020 a couple of times as the magnitude of the pandemic grew and physical event revenues dried up. But most esports online events drew much bigger audiences than in the past.

Sponsored by Grubhub, the LCS Championship is Riot’s biggest event series of the year, and North America’s top eight League of Legend teams from the 2021 tournament season will compete for North America’s three world event slots and the LCS trophy. The Prudential Center will feature the tournament’s final two best-of-5 matches: the lower bracket final on Saturday, August 28; and the grand finals on Sunday, August 29. All three teams will have already qualified for Worlds 2021 in-person event in China.

“We started seriously exploring the feasibility of an in-person LCS Championship experience earlier this year,” said Chris Greeley, Riot Games head of esports for North America and Oceania, in an email to GamesBeat. “As COVID vaccination rates rose and cases began to significantly decline, we solidified those plans. Fans are a crucial part of the LCS experience, and we wanted them to be able to attend LCS events as soon as safely possible.” 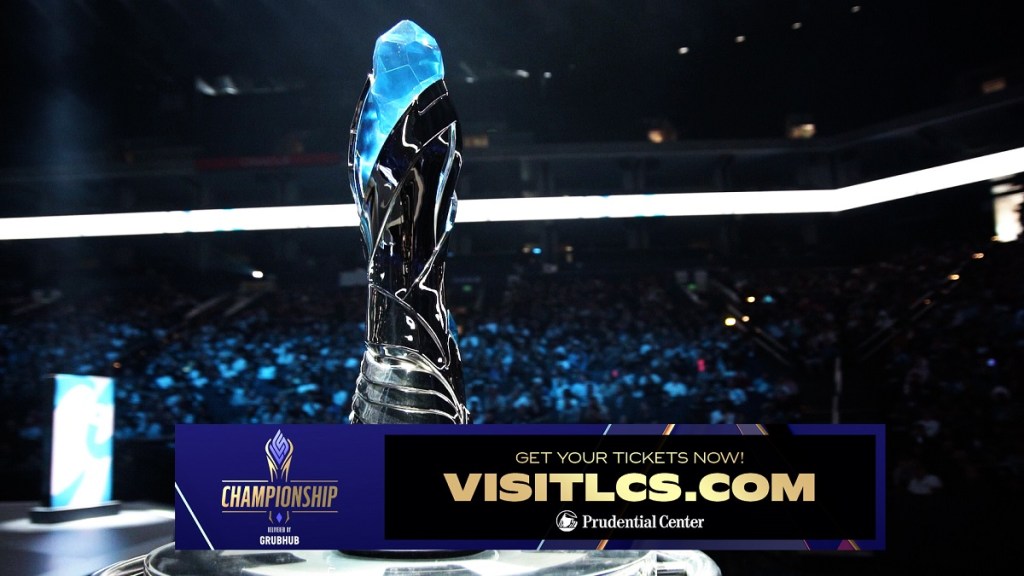 Above: The LCS Championship for North America will take place August 28-29 in Prudential Center in Newark, New Jersey.

The Prudential Center is the 19,500-seat home of the NHL’s New Jersey Devils. Because of the nature of the LCS event setup, some sections of the venue will be unavailable for seating to ensure the best viewing experience for fans.

The arena has played host to tons of loud concerts and sporting events, including the Rocket League Championship Series S7 Finals in 2019. LCS organization Dignitas QNTMPAY operates a 3,000 square-foot production studio and training facility directly adjacent to the Prudential Center.

Riot’s fan fest will take place before each match in Championship Plaza and along Mulberry Street. Fans can enjoy activities hosted by LCS teams and sponsors.

Riot will be closely following all local and national guidelines for the health of fans, players and community. For a broad overview, those interested can consult the current Prudential Health and Safety Guidelines.

“It feels great to welcome back our fans to a major LCS event. It’s been two years since Summer Finals in Detroit, and we’ve missed the energy and excitement our fans bring to the LCS,” Greeley said. “Their passion elevates our sport, and we can’t wait to deliver another outstanding event experience for them.”