Fall Guys: Ultimate Knockout is one of the indie surprise hits of 2020 with more than 11 million downloads. Devolver Digital published the game from the United Kingdom’s Mediatonic in August, and it got a lot of attention for its cute and humorous take on battle royale.

In the game, 60 players compete with each other to make it through an obstacle course with zany characters. It did so well that Epic Games bought the developer Mediatonic in March 2021.

Now the little bean characters will race through a jungle full of additional features and six new rounds. You encounter giant swinging logs, a mysterious lost temple, and mechanical rhinos. It’s interesting that Fall Guys Season 5 will debut on Steam and the PlayStation, as Sony has made investments in Epic Games. The game is available on other platforms, too, but we have no word yet on when the new season gets to those. 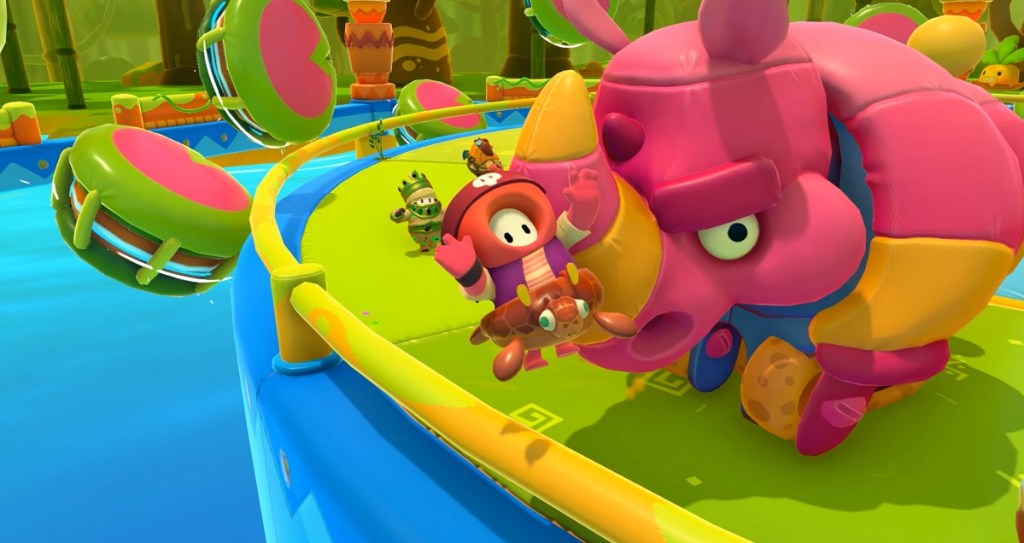 The developers are also experimenting with new ways to play together, including limited-time Duos and Trios Shows throughout Season 5.