I love 3D platformers. Many of these games — like Super Mario Odyssey, Crash Bandicoot 4: It’s About Time, and Ratchet & Clank: Rift Apart — have been among my all-time favorites in the last few years. And now another could be joining that list.

Psychonauts 2 comes out August 25 for Xbox Series X/S, PlayStation 4, Xbox One, and PC. I had a chance to play a preview build of the game, which let me explore the first few hours of the adventure, including a look at the platformer’s first two levels and its intriguing hub space.

Psychonauts 2 stands out from the others I mentioned earlier thanks to its focus on narrative. Most 3D platformers these day forsake complex, character-filled plots in favor of concentrating on exploration and mechanics. Even Rift Apart, which has more cutscenes and dialogue than Odyssey and Crash 4, uses its narrative mostly as an excuse to move you from level to level.

In Psychonauts 2, the story is just as important as the platforming. If you played a Double Fine game before, including the original Psychonauts from 2005, this shouldn’t surprise you. The studio excels at humorous dialogue and quirky characters, and Psychonauts 2 gives these elements an excellent garden to flourish in.

That’s not to say that its platforming mechanics are subpar. You have a lot of the familiar 3D platforming tools, like wall-jumping and gliding. Raz’s psychic powers also lead to more interesting abilities. This includes Mental Connection, which lets you zip across two floating points.

This is not just a neat traversal trick. You can also use this ability to connect two thought bubbles and change a person’s mind. Yes, just like in the first game, the major levels take place inside of a person’s brain. You then explore their cognition, which can take any number of wacky forms. Early in the game, you go inside the mind of Hollis Forsythe, second in command of the Psychonauts and the person in charge of the organization’s interns, which includes Raz. If you navigate her thought bubbles correctly, you can change the way she thinks about cilantro, making her go from loving the herb to thinking that it tastes like soap (the correct opinion). 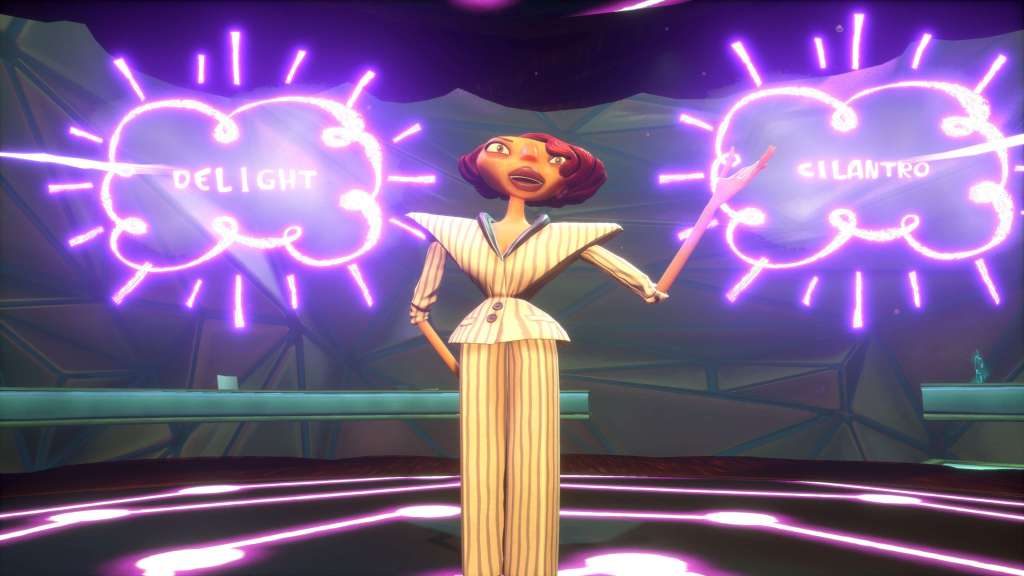 Above: Cilantro is never delightful.

Making someone dislike cilantro may not sound all that intense, but the game takes this concept to an interesting place. At first, Forsythe’s mind looks like an orderly hospital. However, after messing around with her thoughts too much, it becomes a seedy casino. This area offers plenty of platforming challenges, but also a lot of gags. After you’re denied entry in a high roller’s lounge by being dismissively told that you need gazillions of dollars, that’s exactly what you set out to do. This sets you on a path that has you betting on races run by different body organs, playing a giant game of pachinko, and more.

More than half a mind

Story and platforming mingle well with each other, but combat also plays its part in the Psychonauts 2 formula. A lot of your psychic abilities can help you in battle. This includes a standard combo of melee attacks (although you do fight with an astral projection of a giant fist). You can also use your mind to grab items and fling them at enemies or to create a ball of fire that can ignite them. Different attacks work better on different enemies.

Honestly, I’ve had the most my most fun just hanging around the Psychonauts headquarters. This acts as something of a hub world, a place to relax between missions and search for some hidden items and buy some upgrades. I love this location’s mix of the extraordinary and the mundane. It’s an office complex, but it’s one filled with psychics. It’s something of an art deco wonderland, and it’s a joy to explore. 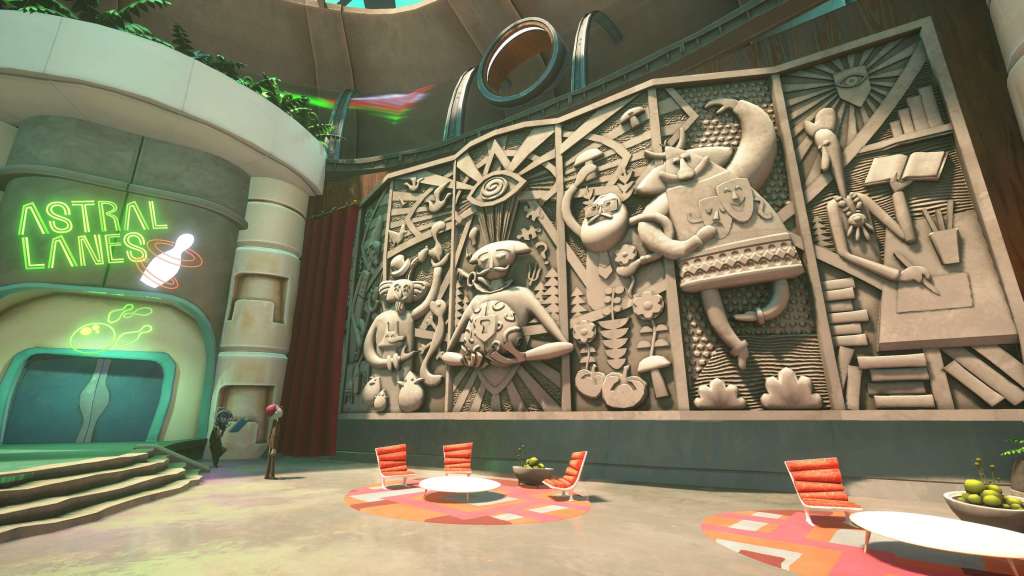 I also appreciate how Psychonuats 2 rewards you for collecting its hidden goodies. Like most 3D platformers, you’ll have plenty of doo-dads and knick-knacks to pocket. Most of these will help earn you points that you can use to upgrade your abilities. You can add an extra hit to your melee combo, or you can make it so that the telekinetic ball you roll around on can also help you bounce up to reach high places.

I know that it’s been a long wait for fans of the first game, but Psychonauts 2 is looking like it will make those devotees happy. It’s a fun 3D platformer that uses humor and likable characters to offer an experience with a bit more narrative depth than, say, your average Mario game.

We’ve been in the middle of something of a 3D platformer renaissance, and Psychonauts 2 is another sign that this genre is back on the rise.