Polygon, a maker of a crypto-based platform for nonfungible tokens (NFTs), has set up a $100 million fund for projects aimed at combining the hot blockchain technology with gaming.

To cater to game companies, Polygon is setting up Polygon Studios to focus on gaming projects so that developers can fuse their Web 2.0 games with the Web 3.0 decentralized technology.

Polygon has added a layer on the popular cryptocurrency platform Ethereum to enable faster and more efficient processing. That enables it to remove the “gas fees,” associated with the computing costs of blockchain transactions, from the NFT purchases that consumers make.

Polygon, which started in 2019, is being used by more than 90 decentralized apps (DApps) and it has had more than seven million transactions and 200,000 users.

“We don’t want to be a VC. This is not our strength,” said Shreyansh Singh, the head of gaming and NFTs at Polygon, in an interview with GamesBeat. “We will incubate some products and teams that want to build projects. Maybe we can get them an external license and support them. We are here to support the entire ecosystem. We want to add value and bring the next 100 million users.”

Polygon’s goal is to scale Ethereum so that it can be a mass adoption platform, enabling NFTs to enter the mainstream, said Singh.

Just a few months ago, as NFTs were exploding, the gas fees were derailing the market, adding up to $300 per Ethereum transaction. This was making NFTs prohibitively expensive to “mint,” said Singh.

“We have lowered those fees to zero,” Singh said. “We handle the transaction on the Polygon chain itself.”

While sitting on top of Ethereum, Polygon gets the advantage of being compatible with an extremely popular cryptocurrency as well as being able to rely upon the security of Ethereum, which is protected by a broad community of computing sources that can fulfill the blockchain verification tasks.

More than 60% of today’s NFT and blockchain-based web 3.0 games, including Decentraland, Sandbox, Somnium Space, and Decentral Games, have chosen Polygon’s Proof of Stake blockchain as the preferred scaling solution. That means those games can use it to scale up their operations to handle lots of transactions. 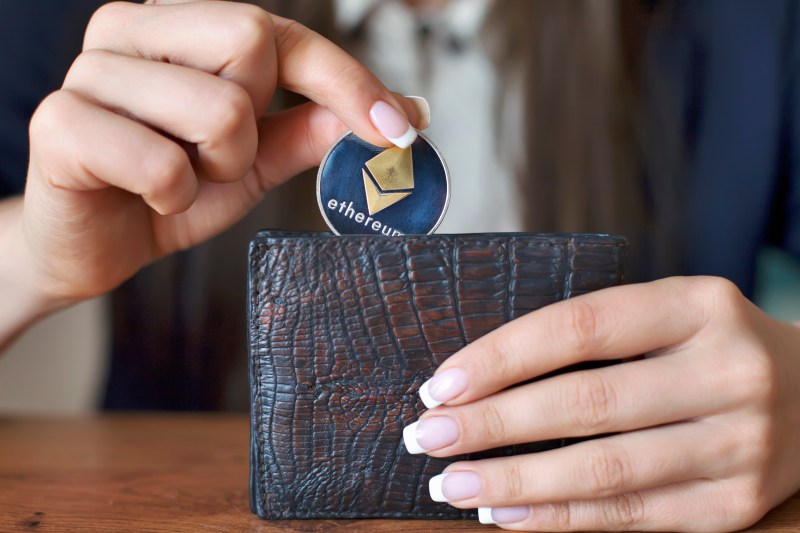 Above: Ethereum is getting help from Polygon.

Polygon Studios will also serve as an innovation hub, helping a swathe of celebrities, fashion houses, large commercial and consumer brands, and artists launch their own custom NFT models and marketplaces. Serving as a proof of concept, the newly minted NFT artist, Beeple, recently chose to build his latest NFT marketplace WeNew on Polygon.

In fact, multiple projects already leverage Polygon’s low-fee environment as a carbon-neutral, sustainable base of operations to scale their games and mint NFTs.

“Our team has done a lot of research and everything is already addressed because our partners, including celebrities and big brands, care about the environmental side,” Singh said.

Partners include the gaming brand Atari, which launched a partnership with Polygon in February, harnessing the protocols’ speed, scalability, tooling, and community to bootstrap development of Atari’s entry into the Web 3.0 gaming and NFT space.

The studio follows in the footsteps of its parent company, Polygon (formerly Matic), which is a scaling solution for the Ethereum network. It has previous raised funds from billionaire serial entrepreneur, Mark Cuban. Polygon is also a member of the Blockchain Game Alliance, a consortium of blockchain and gaming firms, including Ubisoft, AMD, and Consensys.

Above: Polygon has a speedy and efficient Layer 2 chain for Ethereum.

Originally devised as a framework for building and connecting Ethereum-compatible blockchain networks, the Polygon ecosystem has evolved into a nexus for development, allowing for scalability and interoperability between Ethereum-based projects. Today, the company said that ecosystem branches into the metaverse and NFT gaming.

For the Polygon team, it was a natural progression to create a central hub where these projects could obtain technical guidance and community support, as well as collaborate and coalesce to form a larger gaming ecosystem, where cross-chain compatible projects can harness the potential of interoperability and the metaverse, the universe of virtual worlds that are all interconnected, like in novels such as Snow Crash and Ready Player One.

Over 80% of digital game revenue is F2P, but a mere 2.2% of free-to-play gamers actually spend money. Regardless, the F2P industry still generates $87 billion annually. By capitalizing on this revenue potential, ownable in-game items could grow the market by well over $50 billion per 1% of converted players, Polygon said.

Blockchain-enabled player economies increase the likelihood of a player converting with potential resale, and lowers the perceived risk of investing time and money in-game, the company said. Players who spend anything in a F2P game have higher engagement and retain longer, and game developers unlock additional revenue streams to support and earn royalties through secondary transactions between players.

Rivals include Immutable, which has recently launched its ImmutableX platform. Immutable operates its own game while Polygon does not. Polygon has more than 100 people, while Polygon Studios has 10 people or so and is hiring.