The past couple of weeks have been intense for the industry. The stories coming out of Activision Blizzard and other studios are awful. Above anything else, I hope these companies are able to change so that all of their employees receive the amount of respect that they deserved.

Blizzard is at the epicenter of the turmoil. Earlier this week, hundreds of employees staged a walkout at its Irvine, California campus to protest leadership. While writing this, I saw former Blizzard developer Jeff Strain write an open letter encouraging the industry, including his own staff at Undead Labs, to unionize.

It feels like we’re about to see some major change in the industry. I’m hopeful that we’re going to make a better future for everyone who works in games.

But I also can’t stop thinking about Blizzard’s past … or maybe its legacy, rather. For decades, Blizzard has been a premiere studio. Even those who felt that it had lost its way under corporate ownership from Activision from recent years held the developer’s past in high regards. This was the company that made Warcraft, Diablo, and StarCraft. This is the studio behind one of the largest gaming fan conventions, BlizzCon. Blizzard is iconic. It feels like a brand that would never go away. 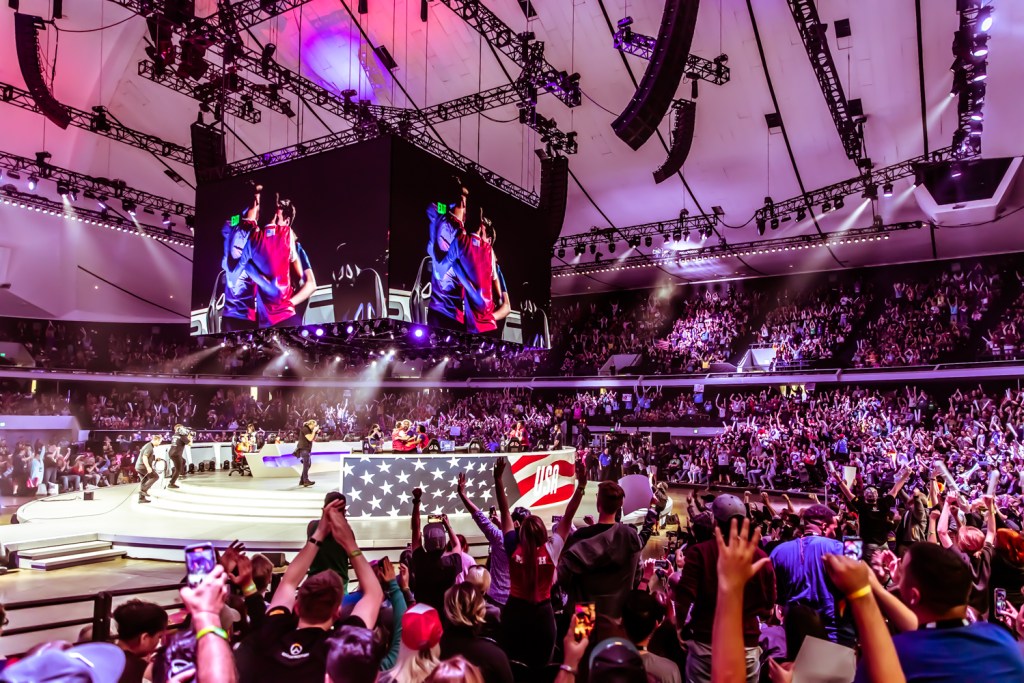 Now it feels like the studio is teetering on the brink. A toxic, bro-first workplace culture has marginalized and weakened the voices of many employees, especially women. And we know that it goes back years. Alex Afrasiabi, the man behind the Cosby Suite and one of only two people specifically named in California’s lawsuit against Activision Blizzard, started at the company since 2004. He was allowed to thrive at the studio until he was quietly let go in 2020. He was there for a long time, and we know he isn’t the only bad actor.

It calls into question Blizzard’s entire legacy. I don’t necessarily believe that a boycott of Blizzard games is a righteous thing. That catches normal employees in the crossfire, the many good people and victims who tried their best to create fun games while working against Blizzard’s frat-boy culture. But I also can’t blame people for having a hard time enjoying any Blizzard games right now. It’s hard to start Overwatch or World of Warcraft without thinking about some of these awful stories that we’ve been hearing.

World of Warcraft is especially in trouble. This week, some of its biggest content creators on YouTube, including Preach, announced their intent to quit or stop covering the game. And while some of them note the allegations against Blizzard as a major reason why, it’s just one of many issues for them. Many World of Warcraft players feel that the game has become bloated with too many convoluted, unbalanced systems. Some hate the direction the story has taken, which has emphasized cosmic forces of evil and twist-heavy stories that never seem to reach a satisfying conclusion. Others bemoan the amount of monetization Blizzard has added to the game (which already has a monthly subscription) including special pets and mounts. This also includes the WoW Token, which allows players to spend real money to net themselves in-game gold.

For over 15 years, World of Warcraft has been the undisputed king of MMOs. Now, it finally looks vulnerable. It’s impossible to get exact player numbers, but Final Fantasy XIV has been surging in popularity lately. Amazon’s New World is in closed beta and attracting a lot of attention. 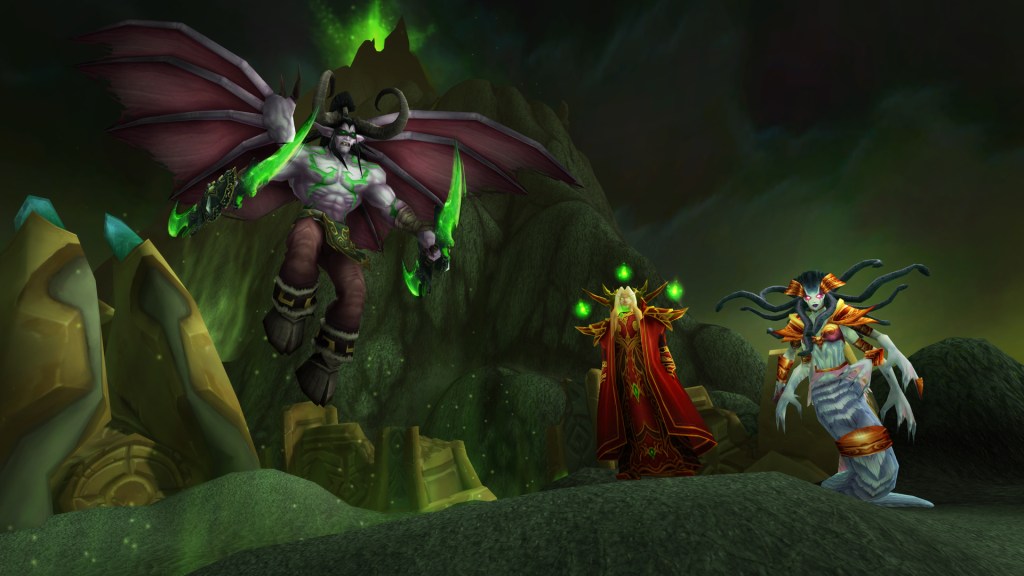 Above: Illidan and friends from World of Warcraft.

All of these factors — the scandal, players turning against the game, and improved competition — have put World of Warcraft at a new low point. It may drag the rest of the developer down with it. What if Overwatch 2 and Diablo IV disappoint? What if Diablo II: Resurrected is another Warcraft III: Reforged? It’ll just feed further into the narrative that Blizzard has lost its way.

Now, again, I’m much less interested in the future of Blizzard’s games than I am in the wellbeing of its employees. Ideally, people will be able to come together and clean up the developer, elevate new voices to positions of power, and save World of Warcraft while helping to make future projects critical and commercial successes.

Right now, it’s hard to see that future. Blizzard used to be a brand that people loved to love. That’s why BlizzCon was such a success. Fans would gather and celebrate their favorite games, dressing as beloved characters, watching tournaments together, and just feeling good about devoting so much time and energy to the Blizzard brand. Who could feel good about that now? Will there ever even be another BlizzCon?

Often, gaming controversies seem to come and go. I don’t think that will be the case here. Blizzard will not be able to just stay quiet for a few months and then act like nothing happened.

We’re going to need see some big changes, and I think they’re coming.