Planetarium said its decentralized role-playing game Nine Chronicles, which uses nonfungible tokens (NFTs) so players can own and make their game assets, has raised $2.6 million.

NFT gaming unicorn Animoca Brands led the round ahead of the launch of Nine Chronicles’ governance token on the Ethereum cryptocurrency platform. Blockchain, the transparent and secure digital ledger, uses a decentralized network of computers to verify the data in its ledger. And Nine Chronicles is a decentralized game, run by the players. They can buy or earn tokens to get a voice in that community.

The Seoul-based Planetarium will use the funds to hire talent for content development, scale the network infrastructure, expand to mobile, and support ecosystem developers.

Above: The Planetarium team

“Nine Chronicles is a decentralized RPG network powered by the player community,” said Kijun Seo, a cofounder of Planetarium. “So what’s interesting about that is the entire game is open source, and there are no servers. So the entire game, the network, and the play, all occurs on players’ machines that connect to one another, kind of like the early days of Bitcoin.”

It started as a kind of underground project. But now 2,000 players are running the node infrastructure.

“We’re a game company, creating the content and also the foundation. But we don’t run most of the servers out of the 2,000 nodes. The entire network is open source. And players get to own the data and also the deep part of how the code base and ecosystem evolves.” 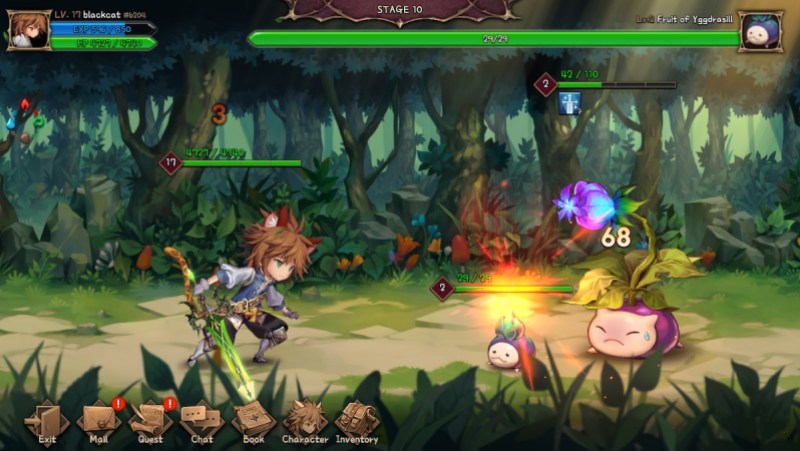 Above: A battle in Nine Chronicles.

In the good-old days, if someone pulled the plug on a computer bulletin board service (BBS) and took it off a network, the software and data on that machine was no longer available to anyone else. But with this setup, copies are scattered throughout the network. And so the game remains available for players thanks to the network of players themselves.

“The very different thing in Nine Chronicles and the games that we envision in the future where the data itself is actually more perpetual than having it belong on someone’s computer,” Seo said. And if players want to change something, they can team up and actually go do it. Our relationship with our players is very different.”

The U.S. is the biggest market but Southeast Asia, where the enthusiasm for crypto and NFTs is high, is the No. 2 market.

Players can pitch the changes they want to make, and Planetarium and the other decentralized stakeholders can develop the suggested content and put it on the roadmap and get it into the game.

“Once you actually start doing that then you’re never going to finish anything,” said Seo. “But what’s also interesting is that when you have this conversation and start putting those ideas into the roadmap, they also start participating rather than just complaining about the game being broken and quitting. It’s a really interesting social experiment.” 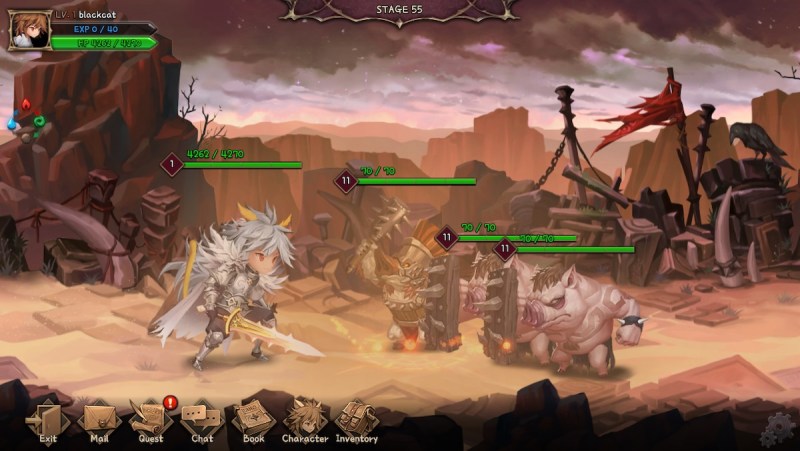 Above: Nine Chronicles is being made by the players.

The game itself is loosely based on Norse mythology, but you play as a cat.

Nine Chronicles is an online idle RPG with MMO flavors added through the market economy and PvP. The combat itself is somewhat inspired by the autobattler genre, as the items you equip onto your character have special properties, and the battle is effectively an automated turn-based simulated combat. When characters defeat a stage, they gain resources that can be used to forge items with randomized properties.

Forging an item takes time and resources (minutes to days), but once you do, they are stored on the blockchain and completely tradeable. The top-tier gear takes heavy investment to craft, but it is necessary to PvP and defeat the latter stages.

Players’ goal also is to maximize their NCG earnings from trading items. They focus on creating specific “fodders” for upgrades and items for new players to climb earlier stages.

The company said Nine Chronicles itself is a single living-breathing economy with NCG. What you do matters a lot more because NCG supply is capped at a billion. It feels very different to transact with it as opposed to using World of Warcraft gold, for instance. But it’s still a volatile in-game currency, which adds another dimension of never-ending optimization and experimentation.

Nine Chronicles is one of the first blockchain games to be fully open sourced with its own main net operated by the player community. After launching its early access in October 2020, more than 500,000 NFTs have been crafted and 80,000 NFTs have been traded on its network.

Those NFTs enable the unique identification of digital items, and so they enable players to own their items and resell them. NFTs have exploded in applications such as art, sports collectibles, and music. NBA Top Shot (a digital take on collectible basketball cards) is one example. Built by Dapper Labs, NBA Top Shot has surpassed $700 million in sales, just seven months after going public. And an NFT digital collage by the artist Beeple sold at Christie’s for $69.3 million. Gaming has a couple of new unicorns, or startups valued at $1 billion, in Animoca Brands and Forte. NFTs are now selling at a rate of $213 million a week, back at a level previously seen at the peak in May.

Alongside that boom, Nine Chronicles enjoyed a 600% increase in monthly active users in the second quarter of 2021, and more than one thousand nodes are mining and powering the Nine Chronicles Network each day. 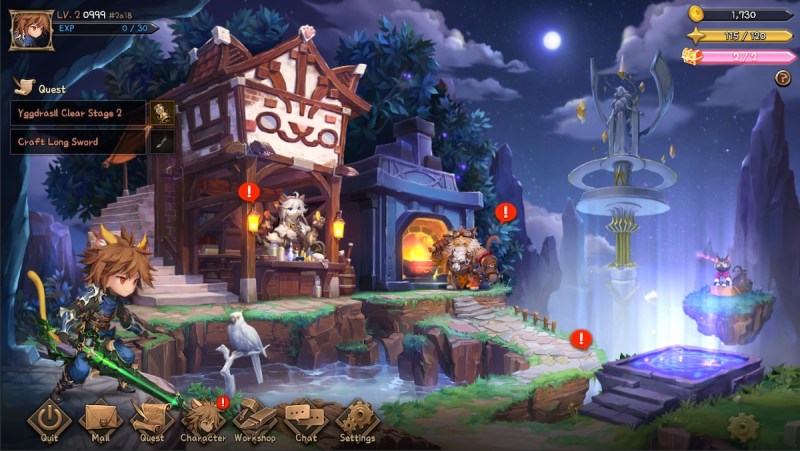 Above: Planetarium said$2.6 million has been raised for Nine Chronicles.

Nine Chronicles is launching Wrapped NCG, the Ethereum compatible version of its governance token in August, and it plans to make the thousands of NFT assets in the Nine Chronicles network available on Ethereum in the future.

The company was started by JC Kim and Kijun Seo, co-CEOs, in 2018, and they have been developing Nine Chronicles ever since. They see decentralization and NFTs as disruptive technologies for games. Planetarium’s technology equips developers with powerful tools to create fully decentralized, cross-platform blockchain games that can live perpetually on networks powered by the players.

Planetarium was previously selected by the Ubisoft Entrepreneurs Lab, a global startup program fostered by Ubisoft focusing on innovations in the entertainment industry.

The company is creating its Ethereum Bridge so that the governance systems and tokens in Nine Chronicles can be traded.

“We’ve been running independent network that’s just for RPG with the players who are really interested in what we’re building and also contributing to the code base of the project,” Seo said. “It’s like a interesting way to tackle the massively multiplayer online role-playing game [MMORPG] walled garden problem, where you have one company owning all the code, owning the governance, owning the server, owning the content, and players can only engage with the content.”

Seo added, “If they want to build something more, if they want to modify a part of the MMO world, then their only option was to create private servers or figure out some esoteric ways to do it. We actually want to make this really possible for players with high knowledge and the skills to jump in and contribute more mods for the game itself, so that they can create something new and amazing based on the foundation that we’ve been able to put out.”