The top leaders of Glu Mobile, CEO Nick Earl and chief operating officer Eric Ludwig, have decided to leave Electronic Arts in late August. Their move comes at a time when the megapublisher has set in place a strategy to become a much bigger player in mobile games.

The exits come just a few months after EA completed its acquisition of Glu for $2.4 billion at the end of April. In some ways, it’s not a surprise. After EA bought Codemasters for $1.2 billion in December, the top executives of the racing game company also left their jobs. And EA’s mobile strategy is in the hands of Jeff Karp, who returned to EA in July 2020 after spending time away at firms such as Big Fish Games. EA also announced in July its plans to buy Golf Clash mobile game maker Playdemic for $1.4 billion.

Now senior vice president of mobile at EA, Karp laid out his strategy in an interview with me. In a statement, EA said it is working closely with Earl and Ludwig to ensure a seamless transition while EA continues its integration plans.

“This is something that Nick and Eric have been talking to us about for the past few months as they’re pursuing the next phases in their careers and lives,” Karp said in our interview. “They’ve done an amazing job to help build the Glu business and culture. And it’s helped us a ton over the past few months with the transition. And this was really a decision that they made. We are excited about the company that they built.” 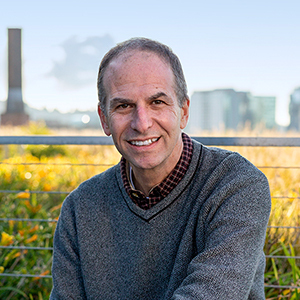 Above: Jeff Karp is senior vice president for mobile at EA.

Karp explained the scale of EA’s new mobile operations. The company now has 20 mobile studios working on a wide array of games. And its roster of mobile employees has doubled from 750 before the acquisitions to more than 1,500 now, Karp said. EA has had successes such as Star Wars: Galaxy of Heroes, made by Capital Games, and its EA Sports titles. They span multiple continents. As EA’s studio chief Laura Miele says, it’s a tribe of tribes.

“We see a massive growth opportunity ahead of us,” Karp said. “Becoming a global powerhouse is something that we’re really taking to heart.”

But EA faces serious competition on a variety of mobile fronts from rivals around the globe such as Tencent’s TiMi Studios, Supercell (also owned by Tencent), King (owned by Activision Blizzard), AppLovin, Playtika, Zynga, and Niantic. 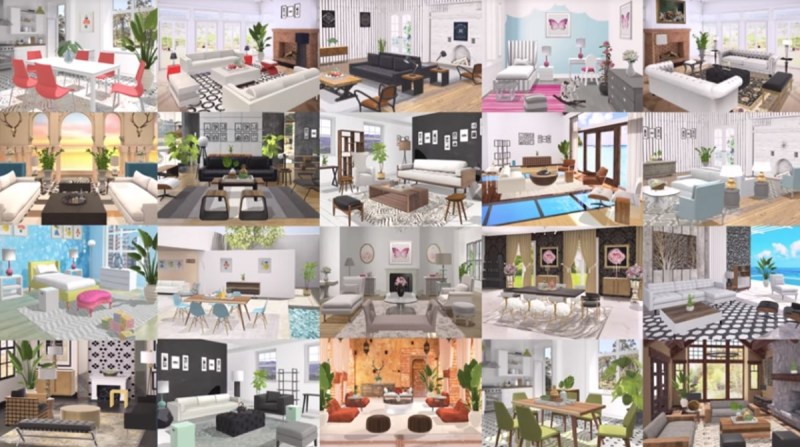 Karp believes that EA can bring its games to more players around the world, partly through localization efforts. Its games span sports, role-playing games, and lifestyle titles like Design Home; casual games from PopCap; and midcore games from a variety of studios. EA wants to emphasize that it is taking a mobile-first approach with many of its franchises.

“We’re not just dependent on one game, which a lot of publishers are, but we really have the fuel and the ammunition to leverage that portfolio to become one of the top publishers in the industry,” Karp said. “And that’s something we’re starting on this year.”

Karp is also excited about EA’s talent base, now that it has doubled its mobile game development headcount. Karp said the company is making good progress with hiring more diverse talent that can come back to help EA produce better games with more diverse characters that can be more widely appealing. 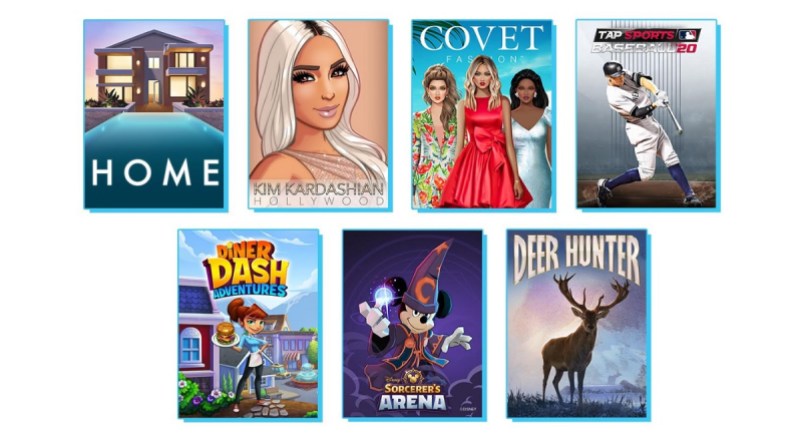 Above: Glu Mobile’s collection of games.

Karp said that EA is organizing the studios in a variety of ways. One group will include the sports games, which include Madden NFL, NBA, FIFA, and UFC. On top of that, EA added MLB from Glu. It owns Tap Sports and will soon own Golf Clash. You can add to that the related racing games that EA owns with its racing brands. Andrew Pederson will lead the group.

“We really we have a robust opportunity to accelerate our growth in sports,” Karp said. “I think players are going to get better experiences out of those games that they’re really going to be more finely tuned towards not just simulation, but with Clash and Tap Sports, a potentially greater ecosystem of players who will be involved with a sports games.”

On top of that, Alex Seropian, head of Industrial Toys, will also lead a lot of the efforts in the mobile shooter game genre. Seropian, the former CEO of Bungie, joined EA via an acquisition, and his team is working on a Battlefield mobile game that will be coming out in the near future.

Seropian is also consulting closely with Respawn Entertainment head Vince Zampella, who has his own mobile game team and is building a mobile version of the smash hit free-to-play battle royale game Apex Legends. 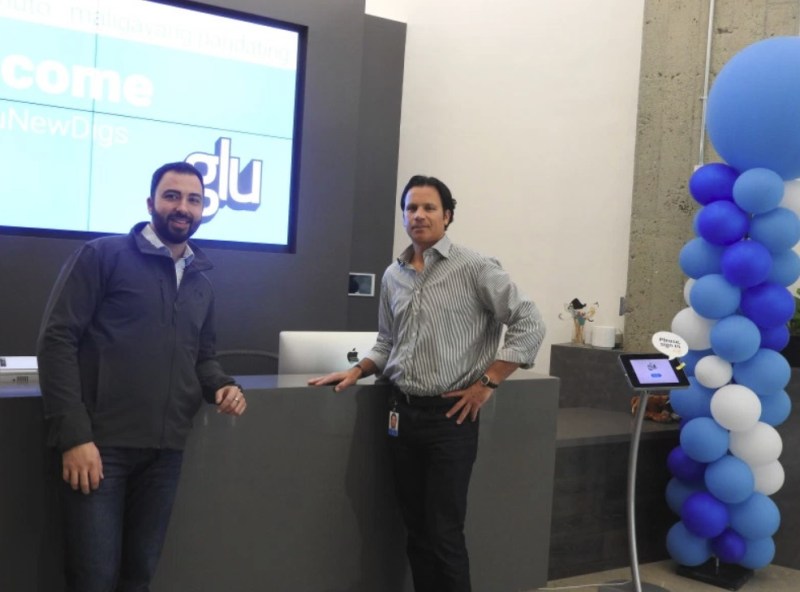 Above: Chris Akhavan (left) and Nick Earl (CEO of Glu) stand at the entrance to Glu’s new headquarters.

“With the leadership of Alex and Vince, we really have a great opportunity ahead of us in that genre, which arguably is growing rapidly,” Karp said.

Malachi Boyle of Capital Games will continue to guide the role-playing games/4X strategy titles such as the Star Wars: Galaxy of Heroes franchise, which has generated huge returns over the years for EA. EA also acquired Disney’s Sorcerer’s Arena via Glu, and that game continues to do well. EA also has a casual games division for titles like Bejeweled, Design Home, and Glu’s Kim Kardashian: Hollywood. That is run by Mark Van Ryswyk, and it will include EA’s The Sims mobile games.

Karp sees the real value in studios and teams that have worked together for a long time. Those teams are like symphonies, he said, and they just work well together producing hits.

But Karp said they have no plans for layoffs from redundancies. Karp hasn’t added up all of the openings the company has for more mobile devs yet, but he is sure it’s above 50.

“We continue to create autonomy with each studio, as each has their own magic and specialty,” Karp said. “What’s important to us is just find the best talent and make sure that we support them in the appropriate way.” 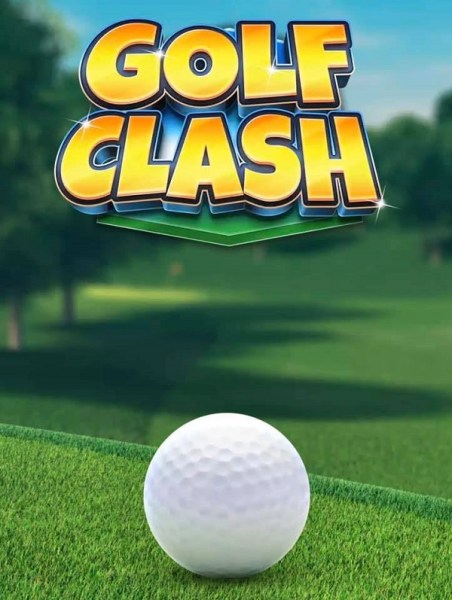 Above: Golf Clash has 80 million downloads.

While EA was like many console/PC game companies that struggled to find its footing in mobile, its roots go back a long way to its purchase of Jamdat Mobile in 2005 for $680 million. But the resulting EA Mobile division struggled to find a footing in the iPhone era, when many competitors started growing up into multibillion companies. It had occasional hits like The Simpsons: Tapped Out. But rivals learned the value of live operations that turned mobile games into “forever franchises,” as Zynga calls them. They generate money forever.

“These are more like live services than then than standalone games,” he said. “If you look at the top games in the market, the majority of them are three to five years old. We are now much quicker to react to player feedback and adapt and have much more robust life services. That’s what our players want. We have to earn a player coming back to our game every day.”

EA has made that transition into the free-to-play and live operations era, but now it has to execute, much like Activision Blizzard finally succeeded with the 2019 launch of Call of Duty: Mobile, which now has more than 500 million downloads.

“The next phase is really deepening our expertise in this genre and accelerating our games in the markets,” Karp said. “We want to be a learning organization and constantly learn through player feedback. We’re really inspired to improve our live services.”

Karp said EA is proud of the entertainment that it offers across all devices, and it sees itself as platform-agnostic.

“Consoles have done amazing for years, but we feel like that there’s a big area of opportunity to accelerate mobile, bring in new players, and  expand to new audiences,” Karp said.

Karp said the company is looking at new technologies such as nonfungible tokens (NFTs) and blockchain.

“We are highly inquisitive and actively exploring the NFT sector and continue to explore how to offer great experiences for our players with our top brands,” he said. “We find the market very interesting and are learning more about it on a daily basis. That said, we think the real driver of NFT and blockchain will be great brands and great experiences.”

And Karp noted that hardcore fans of console and PC games don’t have to worry, as EA will still be making games for them as well.

“EA has always done an exceptional job of caring about the community and the core players. So that’s not going away,” Karp said. “I would just say that players are different on mobile games, but there is some overlap.”

As for future acquisitions, Karp said the company will continue to explore all the opportunities to grow.