The frozen future of Frostland is getting a little oilier in Frostpunk 2.

Today, 11 bit studios announced the sequel to the 2018 game . The original Frostpunk throws in survival mechanics to city-builders, and 11 bit went on to sell over 3 million copies (including 250,000 within three days of its release and 1.4 million in its first year). It would also land console ports in 2019, three expansions, and a board game. So doing a sequel makes sense, as does turning Frostpunk from a one-off hit and into a franchise.

Frostpunk 2 is also one of three games in development at the Warsaw-based studio. A team of almost 70 folks are working on the sequel.

In the sequel, you’re again building another city looking for resources in this frozen post-apocalyptic world. It’s been 30 years since the last game, and now, you’re leading your city and looking for oil, not coal, to power this frozen world. 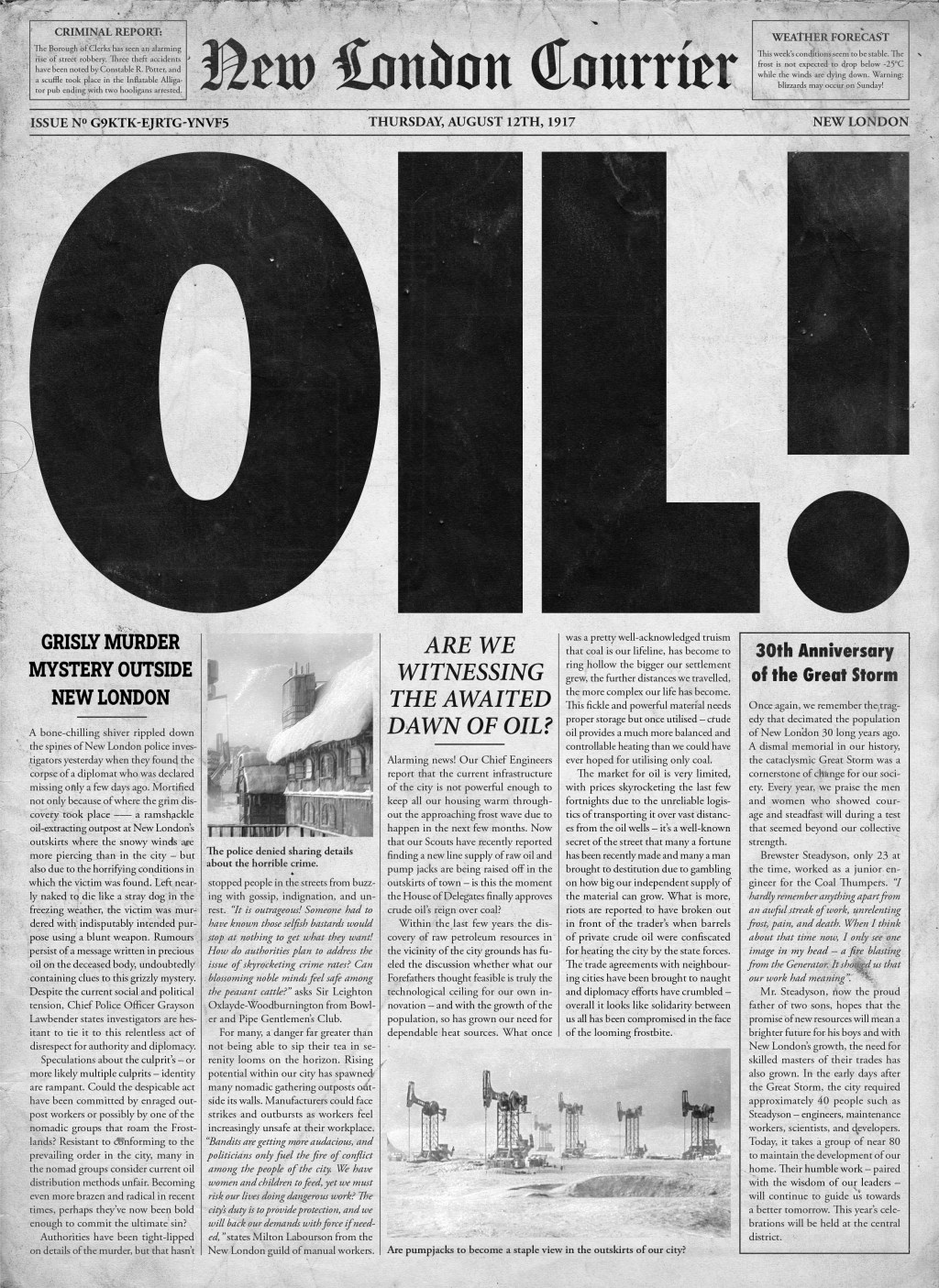 Frostpunk 2 is available on multiple platforms, but PC is where it’s done best.

“That was the initial platform for the game. Console release took us some time to deliver, as it was a year-and-a-half later after the PC version,”  11 bit’s Pawel Miechowski said over email. “However, we’ve redesigned the UX from scratch to be native for the Xbox and PS4. As a strategy game, it also seems more appealing to PC gamers, however, I can call the game a hit, and it sold super-good on PC and consoles. The console edition was worth the effort, and we’ve got great feedback from console players, proving they liked the game.”

“Both when it comes to units and revenue, Frostpunk is our top bestseller so far. It overtook This War of Mine this year, although being four years younger than the latter,”  Miechowski said. “And I expect the universe of Frostpunk to grow largely beyond the original game.

“Frostpunk 2 not only has the intriguing magic of the predecessor and the meaningful entertainment vibe we are so attached to, but it also grows in scale, it has its own messaging and it’s not the only thing we’re working on with the IP.”

And if 11 bit builds on what makes the first Frostpunk special, there’s a good chance it’ll be drilling for gold, not just oil.