PlayStation 5’s need for a screwdriver has turned into a meme. After all, most people shouldn’t feel scared to use one of the most basic and common tools in the world. And yet, Sony has already revised the PS5 to eliminate at least one instance where you might need to get the flat-head out of your garage. And now Sony has begun shipping that PS5 system to customers around the world.

Australian gaming site Press-Start has found a new model number (CFI-1102A) on the packaging for a new PS5. This is a disc edition system, and it features the stand that comes with a thumbscrew. This is opposed to the standard fastener that came with the original model and required a screwdriver (or maybe a quarter).

But the new-model PS5 isn’t only in Australia. A Twitter user who says they’re in the United states also showed that they have the new stand as well.

Not only is the screw different it’s a different clamp as well. pic.twitter.com/JLr6eK2tae

If you look closely at the images above, you can see that the new stand (the one on top in both pictures) is slightly different. It has more distinct grooves that likely help with keeping the PS5 safe and secure in both horizontal and vertical orientations.

A PlayStation 5 revision is nothing unusual

So, why is Sony already updating and modifying the PS5? Well, this is typical for a major product. One important reason this happens is to save costs. This new PS5 model is also slightly lighter, which means Sony is probably using less materials. That saves pennies, and that adds up over millions of units.

But Sony is also thinking long-term with these fixes. Improving the stand and shipping an easier screw that you can adjust with your fingers increases the likelihood that you will correctly use the stand. That, in turn, reduces the chance that your PS5 may fall down or break. And while Sony might refuse to fix PS5s that are damaged due to user error, it will likely still save time and money to encourage people to use the stand. 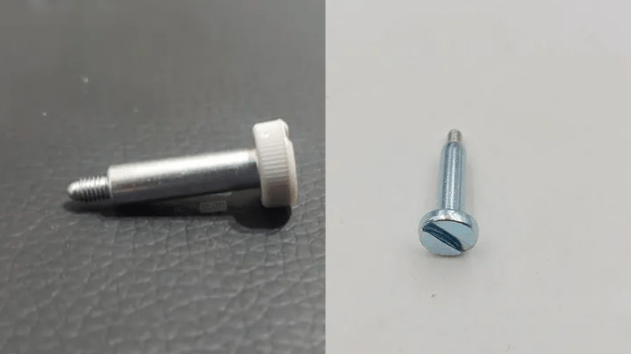 Above: Thumbs are even easier to use than screwdrivers, and that’s important.

If you’re reading this and wondering who wouldn’t use a stand — after all, using a screwdriver is easy — it’s important to remember that humans are inherently lazy. Our brains run on around 20 watts of energy, and we tend to skip over crucial steps if they aren’t absolutely necessary. This is true even for people who know better, like PlayStation Worldwide Studios boss Hermen Hulst.

Hulst infamously tweeted (and then deleted) a picture of his setup that included an upside-down PS5 with no stand. And one way to avoid situations like this is to make something easy, like a screw, even easier.