Electronic Arts is announcing a Patent Pledge where it will give competitors and developers free access to its accessibility-related patents and technology.

That means it won’t keep those inventions exclusive to itself or sue anyone who uses them to make games more accessible for players with disabilities. EA said it was part of its commitment to positive play for everyone.

EA hopes that by opening up its patents, it will encourage others to build new features that make video games more inclusive on a much larger scale than is possible with just one company.

Chris Bruzzo, executive vice president of positive play, commercial and marketing at Electronic Arts, said in an email to GamesBeat that the inspiration came from how video games can play an important part in people’s lives — whether connecting with friends and family or simply just having fun.

“We believe everyone should have access to the excitement and joy that games can bring. Building accessibility into our games means even more players can join in,” Bruzzo said. “We have long been committed to breaking down barriers within our video games, but we realize that to drive meaningful change, we need to work together as an industry. We hope developers will make the most of these patents by building similar features in their own video games that make them more inclusive. We would also like to invite our competitors who have the resources, innovation and creativity available to join us with their own pledges that put accessibility first.”

Over one billion people in the world have a disability, which makes up around 15% of the global population. Video gaming is a hobby enjoyed by over two billion players worldwide and attracts a diverse group of people, across all ages, genders and abilities. For example, EA estimates that half a million Madden players are impacted by color blind issues, so it’s vital that for EA have features in-game that correct any mismatch so that players, no matter their abilities, can enjoy it, Bruzzo said.

The pledge includes five patents that cover some of EA’s most innovative accessibility technology. 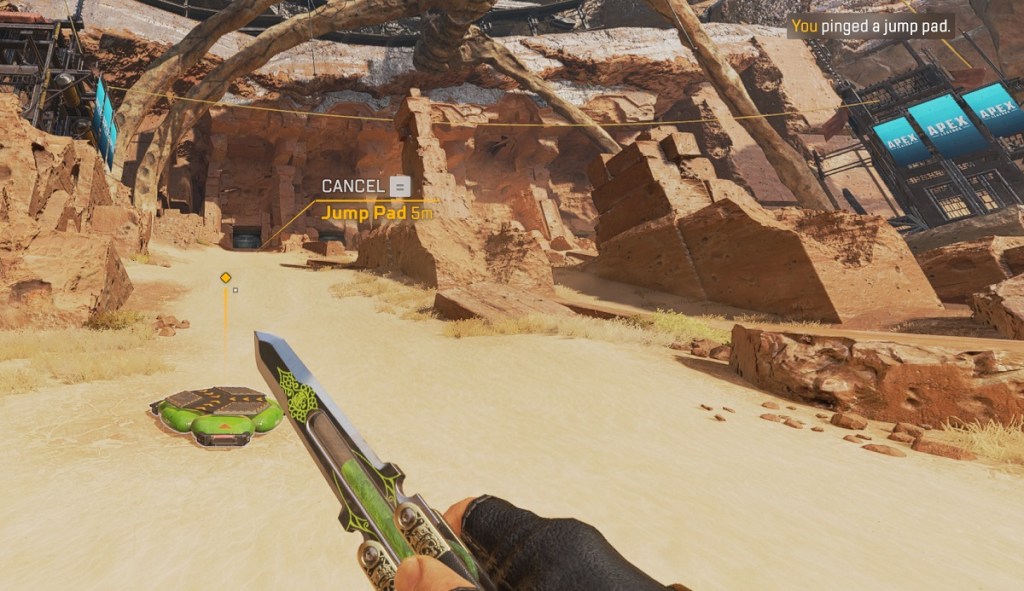 Above: A player pings a jump pad in Apex Legends, indicating its location to other players.

The patents include the “Ping System” used in Apex Legends, which helps players with speaking, hearing, and cognitive disabilities to communicate to their fellow players in-game. With this system, a player can use a mouse or game controller to mark an item that might be worth picking up, signal a spot on the map to travel to, or mark the location of enemies in the distance.

It has been overwhelmingly welcomed by players in Apex Legends. This system really made this game into a much more cooperative game, in my opinion, as I’ve used it a lot. 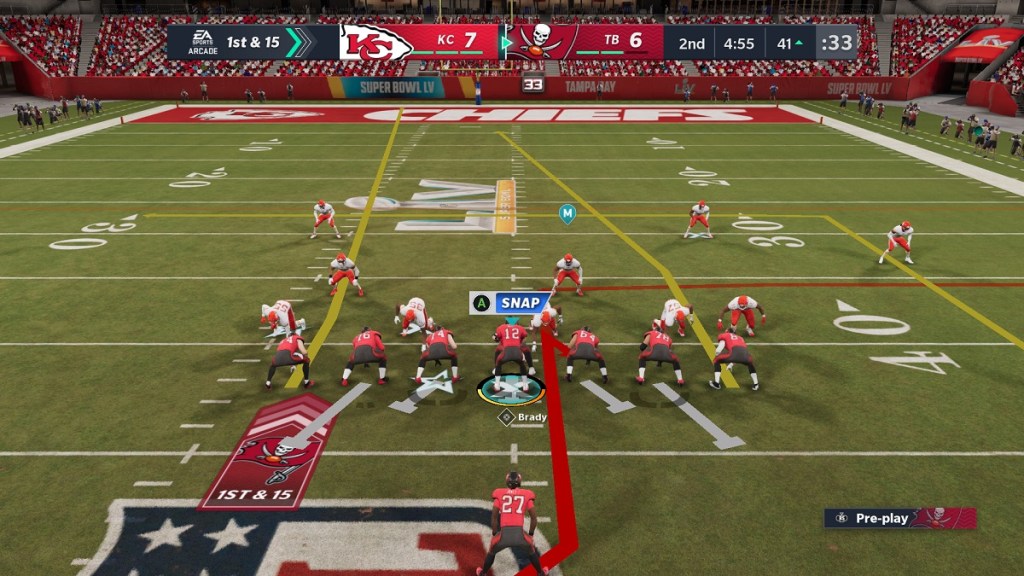 The pledge also includes three patents that make video games more accessible to players with vision issues (these are already used in games including the Madden NFL and FIFA franchises) as well as a personalized sound technology that helps players with hearing issues by modifying or creating music based on their preferences.

The patented technologies automatically detect and modify the colors, brightness, and contrast in a game to improve the visibility of objects with similar luminosities. This enables players to better perceive and interact with the content.

EA is also open-sourcing source code for a technical solution that similarly addresses colorblindness, brightness, and contrast issues in digital content, in a bid to encourage more industry-wide collaboration and innovation on accessibility in video games. The code can be found on GitHub, and it will enable developers across the world to apply EA’s technology directly into their video games, saving significant amounts in research and development costs and encouraging talent across the industry to adapt or build upon the code. 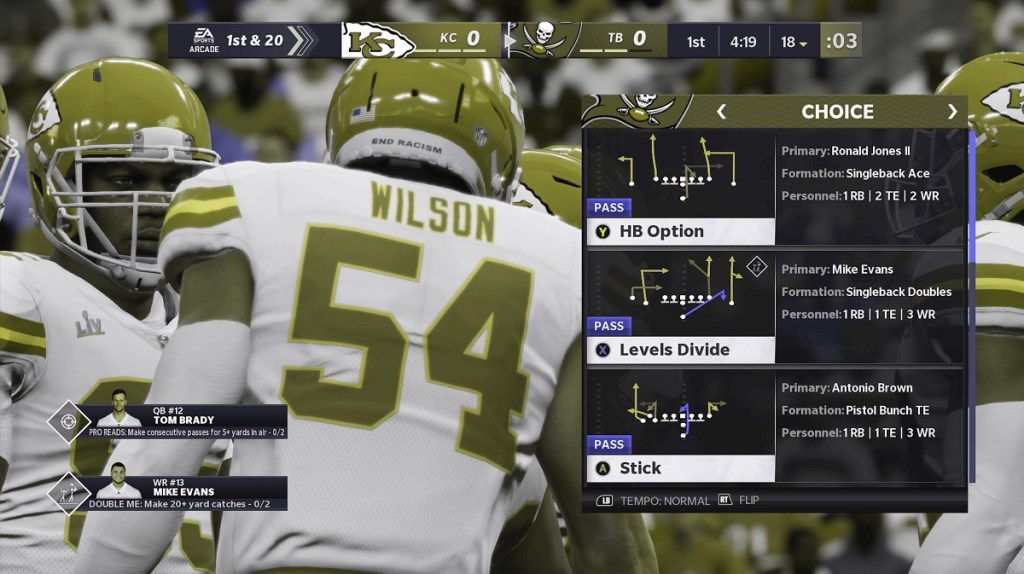 Above: EA’s view for colorblind players.

The fifth patent covered in the pledge relates to personalized sound technology that aims to help players with hearing issues by modifying or creating music based on their hearing preferences and that works to any constraints they may face. EA plans to add future accessibility-centered patents to the pledge over time as well as identify other technologies to make open source.

EA promised not to file a lawsuit against any person or entity (a “Pledge Recipient”) alleging that such Pledge Recipient’s development, manufacture, use, sale, offer for sale, lease, license, exportation, importation, or distribution of Accessibility Technology infringes any of the EA Pledged Patents, except in a defensive move. Bruzzo said EA will not earn money on any of the patents.

EA said the pledge is legally binding, irrevocable, and enforceable against the company and its successors and assigns. If Electronic Arts transfers an Electronic Arts Pledged Patent to any person or entity, the company will require that person or entity to agree, in writing, to abide by the pledge and to require the same of any subsequent transferees. That’s pretty committed.

“This is our first patent pledge but we definitely want to do more,” Bruzzo said. “We’re the first in the industry to announce a patent pledge that prioritizes accessibility, but by sharing these accessibility patents, we hope to encourage and support other developers to do the same. The pledge is an exciting step towards greater collaboration across the industry around accessibility. We’re glad to have made it and we look forward to taking more action toward inclusivity over the coming months. Watch this space.”