The game is the next installment of the Call of Duty series that has sold more than 400 million copies to date. It will take players back to World War II and weave a global story about the birth of the special forces.

Activision unveiled the new level at Geoff Keighley’s Opening Night Live event for Gamescom. The game debuts on the PC and consoles on November 5.

Activision Blizzard has been hit with a sex discrimination lawsuit by the California Department of Fair Employment and Housing. That lawsuit has rocked the executive ranks of Blizzard and soured many in the industry, to the point where gamers are considering boycotts of the company’s games. On top of that, Electronic Arts has emerged more competitive this year with the upcoming launch of the near-future modern warfare theme of Battlefield 2042, which features unparalleled destruction and the capability for players to create their own scenarios with Battlefield Portal.

The level was set in Stalingrad and it featured Polina Petrova, a sniper modeled after famed Soviet female solider Lyudmila Mikhailovna Pavlichenko, known as “Lady Death” in the Red Army. She had 309 confirmed kills. Petrova is in the 138th Soviet Rifle Division. Actress Laura Bailey plays her in the game.

This scene showed Petrova’s birth as a sniper. She digs herself out of rubble in the middle of a part of the city that the Germans have overrun. A nurse in the battlefield, she starts with nothing and is ordered to move. But she crawls to a room, finds a knife, and kills the nearest German soldier.

She takes that soldier’s shotgun and starts blasting enemies. She moves back into stealth and walks out on a building ledge, where she sees a view of the burning city. She picks up a rifle and sees Germans below shooting prisoners in a firing squad. She starts shooting at them, takes out a few, and then has to switch to the shotgun as the Germans come up the stairs. She takes them out, machine-guns a bunch more Germans, escapes, and returns to Soviet lines just as the Germans planes start bombing on the city. 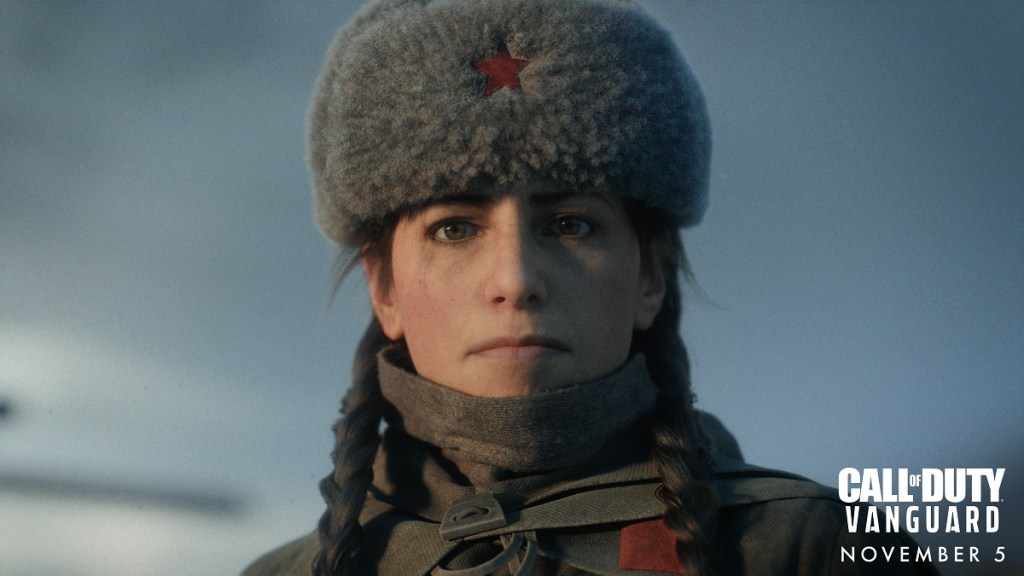 Above: A Russian sniper with record numbers of kills in Call of Duty: Vanguard.

She has to escape on the run as the explosions go off around her, and she jumps off some ledges to avoid collapsing buildings. There is even a part where she has to climb up the bricks in a building, Uncharted style. She makes a leap from one building to another at the end of the scene.

Last week, Sledgehammer Games unveiled the single-player campaign for the World War II title, which tracks four soldiers in different theaters of war and the rise of special forces. On Sunday, Activision also gave a taste of Champion Hill, a new multiplayer mode where eight teams square off against each other in a series of battles.

Sledgehammer’s developers are taking us back to World War II with a single-player campaign that focuses on the birth of the special forces, the soldiers in the vanguard who led the way into places like Normandy and defended Stalingrad from German assault. The story focuses on four soldiers of diverse origins who were selected to be among the first special soldiers. 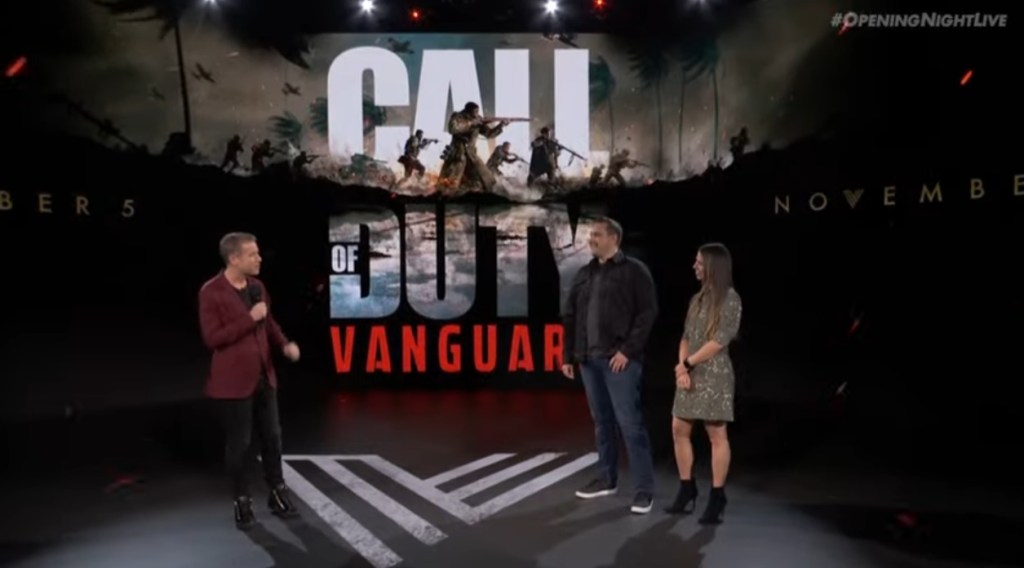 Above: Call of Duty: Vanguard at Opening Night Live.

While fictional, each character and backstory has a basis in history, with guidance from Sledgehammer historian and World War II expert Marty Morgan. These characters will provide what Sledgehammer hopes is a unique window on the vast battlefields of the global war, and they will also focus on parts of the war that many people aren’t already familiar with — including people like me, who have played every single Call of Duty and Battlefield game. This is the first time since Sledgehammer’s 2017 game, Call of Duty: WWII, that the franchise has returned to the Second World War.

Raven Studios is leading the development of brand-new Call of Duty: Warzone map coming this year. It will feature a multi-faceted, new anti-cheat system for Warzone (this is quite important to fans, as cheating has been rampant in Warzone). It shares the same tech as Vanguard for seamless weapon and operator  integration.